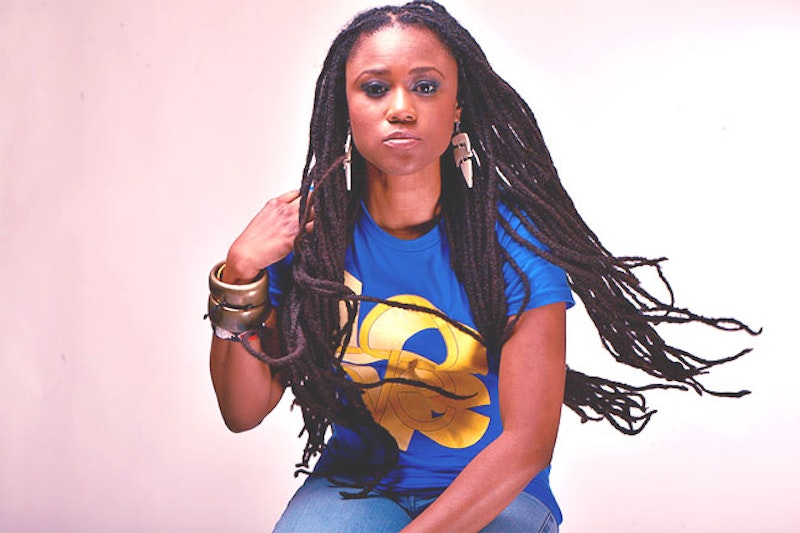 Insert a “Millennials React to the 1990s” joke here if you must, but, truth be told, Suzanne Vega’s “Tom’s Diner” and P.M. Dawn’s “Set Adrift on Memory Bliss” remain fresh and complement one another superbly. (And, yes, Erik B and Rakim’s “Paid In Full” is in the mix, too.) The synthesis is a backdrop for MC Tarica June to suavely eye-roll the two-headed specter of gentrification and corporatism, rep Washington D.C., introduce a modicum of positivity and uplift into a world perpetually in need of more of both. The excellent video—key to “But Anyway”’s appeal—may toy with the emotions of those of us who haven’t been to the nation’s capitol for years.

Among my favorite musical memories is buying Boredoms’ Soul Discharge and struggling to comprehend it as a teenager. What were they saying, and how were they trying to say it? What did this fitful outpouring of noise and melody ultimately signify? I’m still not sure, but that disc will always have a place in my collection. Of late, Malang, Indonesia’s Bergegas Mati is instigating a similar itch. The bits of the forthcoming Pop Neraka available for mass consumption thoroughly confound, a scrawled, expressionistic anti-hardcore. And “ACAB” just claws: the voice seething with kinetic, pro-moshpit fury, the guitars spray-painting Manic Panic rainbows, the drums kicking up thick showers of sparks.

Opponents may recede from view as each member of the NYC-based trio pursues other projects, but something’s always bubbling malevolently on a backburner. The characteristically great “Casual Sepsis” surfaced online late last year, purportedly to be included as part of a future release. This is another considered synthesizer adventure that capitalizes on the dissonance that results when various streams cross, co-mingling this instrument’s inherent abilities to inspire wonder and dread. Beauty is dependably corrupted by oblivion, and vice versa. At moments one can feel “Sepsis” threaten to evolve into something with a discernable RPM rate; some might argue that it does, but it doesn’t really matter. If you’ve got a spare 10 minutes to surrender to a carefully-curated sonic sub-universe, look no further.