Soak in the Whirlpool

Ultimate Care II is Matmos’ most playful and inviting record yet. 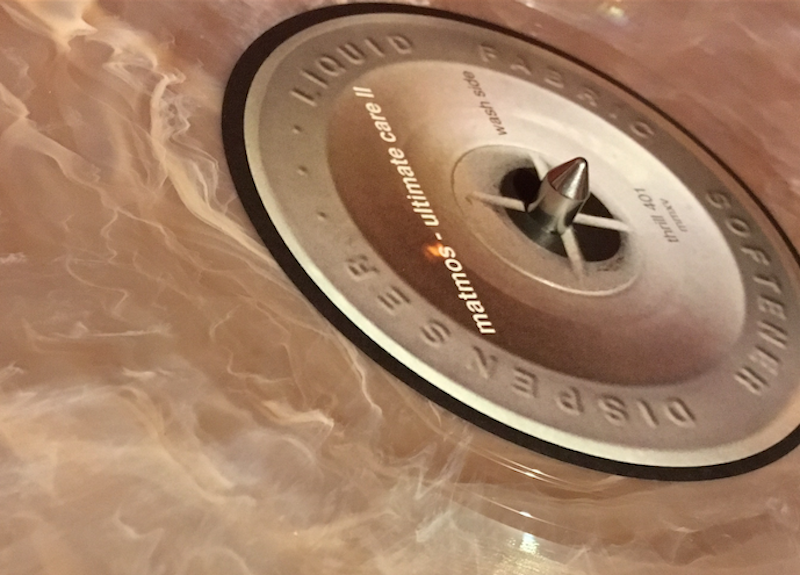 I’ve been wearing the same pants for five days in a row. There’s always laundry to do: bags, piles of shirts and pants, stray underwear and sweaters. I just remembered there’s a black cardigan sitting in a plastic dresser in the corner of my room that’s been stuffed away since a visit to a friend’s cat hair-covered apartment in 2014. A bag of clean laundry is your best friend: things are going well, and tomorrow will feel nice. It’s only right and natural: Matmos made an album about their washing machine called Ultimate Care II, and it’s out tomorrow on Thrill Jockey. The duo’s washing machine, the Whirlpool Ultimate Care II, was the only source of sound used on the album. Since Ultimate Care II was announced last November, it’s been covered by big mainstream outlets like People, The Howard Stern Show (“Those washing machines can really wail”), The Huffington Post, and Baltimore’s local news on WBAL, along with every music publication and website you can think of.

It makes for a good headline. Everyone has a washing machine! Or at least spends some time in a laundromat, staring at their clothes go round and round, or listening to the din while they’re trying to read or watch the wall-mounted TV. The vinyl is the color of dirty brown water, the stuff that gets pumped out and you never see when your clothes come out soaking but clean. As much as the promotion has focused on the process of making the album and the literal washing machine, Ultimate Care II is so much more imaginative and open to interpretation than the media’s made it out to be. When it’s reported in People or on the local evening news, they’re bringing it to you with a wink and a “You Won’t Believe This! Now I’ve Seen Everything…” kind of attitude. “Washing machine? My kid could’ve done that.”

Emphasizing the novelty of the process leads to more attention and noise, and obviously the universal experience of laundry resonated with people. I wonder how many people that read those silly articles or saw it on the news will ever actually hear the album. Wouldn’t it be great if next week’s issue of People came with a promotional CD of the wash side? But it’s not a cute novelty piece—Ultimate Care II invites you into the whirlpool for a wash, beginning with the twist of a knob and ending with a satisfying buzz 38 minutes later. In Artforum, Matmos said that Ultimate Care II is a “reflection on how this machine creates a space in your day for dreaming, for time when you might dissolve into a little bit of a reverie.”

It’s great theater of the mind, listening to this album as if you’d been zap-shrunk and sent tumbling about with the load, stoned and in sloshing water at one point, the next moment swimming through the hyper-speed cleanse in the form of an intense percussion suite. It doesn’t sound like Blue Man Group, contrary to Howard Stern’s opinion of the brief excerpt that he heard. For an album with such a strict technical and conceptual limitation, Ultimate Care II is a remarkable thing to soak in and daydream, because even though the sounds have been manipulated and massaged, the experience of the wash cycle is so engrained in us but always taken for granted.