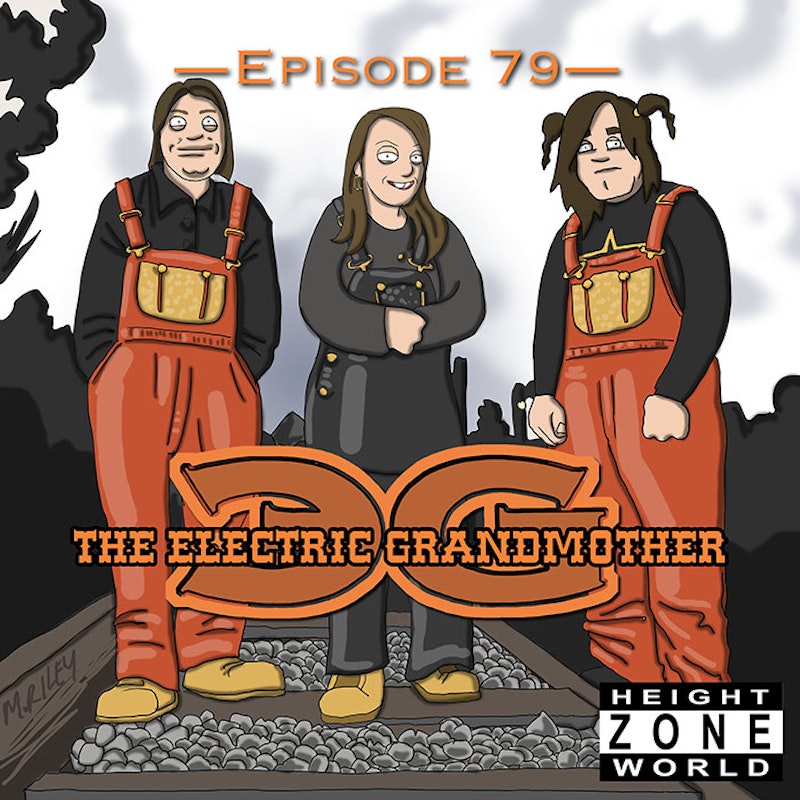 My guests this week are Pete Faust and Mary Alice Hamnett of The Electric Grandmother. They’re a self-described Sitcom-Core duo from Hawaii/Ohio. We first met a few years ago, when our tours crossed paths in Toledo, Ohio.

We talk about how the band started as Pete’s solo bedroom project before morphing into a live duo. We discuss the constant TV and movie references in their music, and they explain why sitcom characters have been popping up in Pete’s poems and songs since the mid-90s. Pete talks about some of the confusion that stayed with him after a near death experience as a teenager, and how it came to a head after moving to DC and working on their new album.

Mike Riley’s art this week is an homage to Crucial Conflict’s The Final Tic.