Painting With is the AC’s version of a Ramones or early-Beatles record. 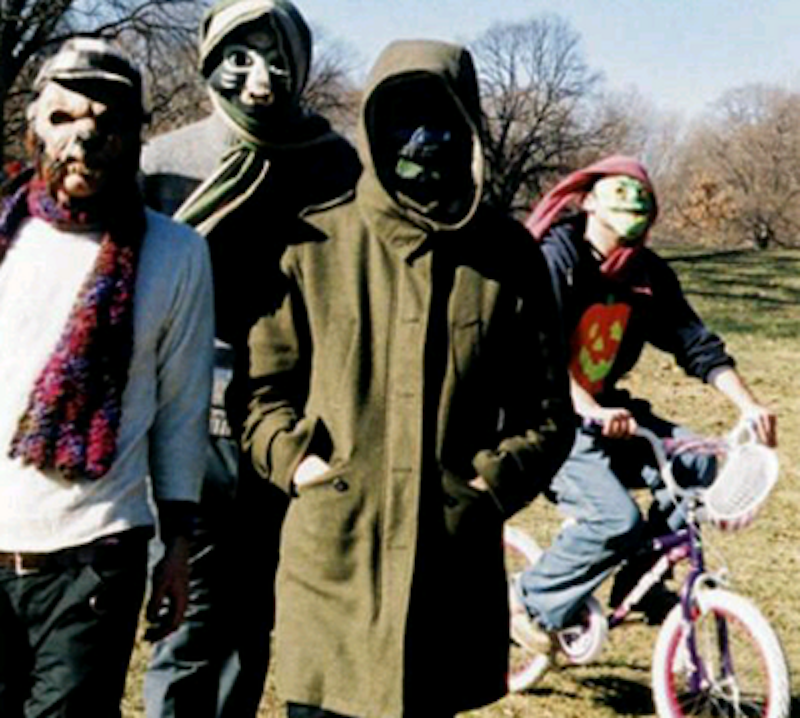 “Street Flash,” the centerpiece of Animal Collective’s stellar 2008 EP Water Curses, begins with these four lines: “Does anyone in here get hit with inside fevers?/So bad sometimes it’s hard to move around/They’ll show you all the things you are not doing/Instead of helping you, they’ll block you out.” Avey Tare’s plea for forgiveness from a jilted lover after too many nights out is pretty but frustrated, wrapped in a scrim of anger that often goes unnoticed in Animal Collective’s music. Those were heady years for Tare, Panda Bear, Geologist, and Deakin: they owned the first decade of the 21st century, running laps around every other band in their peer group, first commanding the attention of the experimental and avant garde underground with outre and abrasive records like Spirit They’re Gone, Spirit They’ve Vanished, Danse Manatee, and Here Comes the Indian; then gaining a wider audience with the acoustic works Campfire Songs, Sung Tongs, and Prospect Hummer; and then shooting into the stratosphere with the white-hot run of Feels, Strawberry Jam, and Merriweather Post Pavilion. At their best, Animal Collective were an alloy of the avant garde and traditional pop song forms, with a giddy curiosity and eagerness for exploration and experimentation that was never pretentious or misguided. For a while, they could do no wrong.

Isn’t this starting to sound like a eulogy? In fact, Animal Collective is alive and well, currently touring America in support of the new album Painting With. But based on critical reaction, you’d think they were operating strictly in the past tense, playing a greatest hits set while forcing themselves to cough up another album every four or five years. Even though Panda Bear and Avey Tare have been productive as ever with their solo work, it’s been a lean decade for the AC: seven years since the release of the epoch-defining Merriweather Post Pavilion, and since then just two more records: 2012’s dense and scabrous Centipede Hz; and now Painting With, their version of a Ramones or early Beatles record: no songs over five minutes, no ballads, no ambient interludes, and absolutely no downtime. It doesn’t approach last decade’s high watermarks, even if there are some great songs: both sides are filled with Schedule I hooks like the entirety of first single “FloriDada,” the chorus of Avey Tare’s “Vertical” (“My feet can’t cross the parking lot/the parking lot is way too hot”), and Panda Bear’s continued adventures in vocal hocketing, which range from the deliriously engaging and fun “Hocus Pocus” and “Recycling,” to the repetitious retreads “Lying in the Grass” and “Natural Selection.” Though this vocal trick is charming at first, the arrangements start to blur together and grate as the record goes on. My colleague Raymond Cummings nailed it, saying, “Too often the vocals seem to fly by in a panicked jibber-jabber, as if the band has too much to say, and insist upon talking over one another in order to say it.”

Writing for Pitchfork, longtime fan Mike Powell wrote: “It's easy to wonder if Painting With and Centipede Hz signal an ending, or at least a consequential lull. Fifteen years is longer than most bands last, let alone great ones… Times change, life intervenes. Painting With was the first time the band jumped right into the studio. Work can be scheduled, magic can't.” Animal Collective’s modus operandi has always been moving forward ceaselessly and abandoning old approaches. I don’t understand why a diehard fan would begrudge them continuing to try new things, even if they fail. Instead of helping you, they block you out…

I had the same experience as Powell: Animal Collective changed the way I think about music and life, too; and because of that, I’ll always stick by them. They had such a profound influence on my life and gave friends and me dozens and dozens of incredible songs and concerts; I’m not going to discard them like a used Kleenex as they approach 40 and churn out less exciting music. Granted, Animal Collective’s persistent refusal to correct misconceptions is frustrating: from their supposed jam-band affiliations, to their “druggy/trippy” aesthetics and album covers (what happened to Henry Darger homages? Who needs a “zoetropic slipmat” anyway?), or the disgusting, infantilizing, and improper abbreviation “AnCo,” the runaway bastard child of Carles from Hipster Runoff. It’s not fucking “AnCo”—they’re the AC, and they always will be.