The Day the 90s Died

The fall of WHFS and the rise of El Zol. 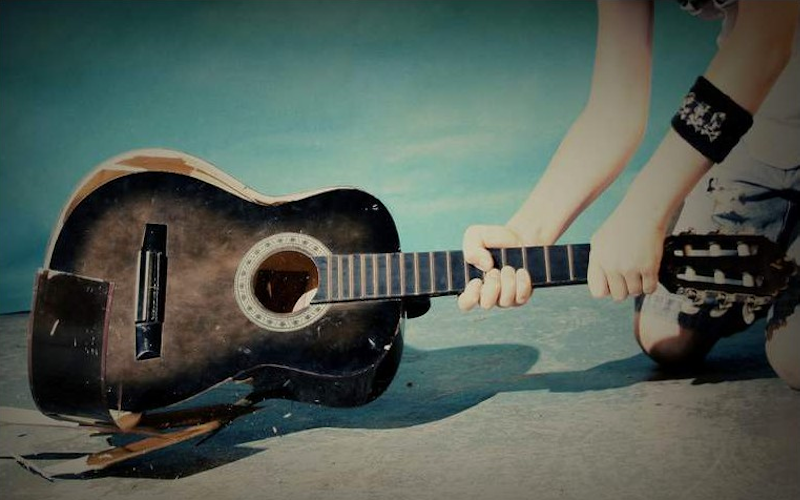 The last of the angry grunge rockers were drowning in a pool of their own tears one fateful day back in 2005. In what must've seemed like a bizarre practical joke, the discordant hits of Stone Temple Pilots, Creed, The Cure, Nirvana, and Siouxsie & The Banshees vanished into static. Punk rock curios from The Clash and The Dead Kennedys, Sex Pistols and Ramones were reduced to a quaint memory. Sarah Mclachlan, Jewel, Belly, and the rest of Lillith Fair's mystic maidens found their siren songs shoved right down into the rubbish bin of obsoletion as the joyous whoop of Latin America—bachata, salsa, regional Mexican folk music (banda and corridos), and cumbia—came blasting through the dust of the grunge era's spectacular implosion.

Names like L'Aventura, Thalia, and Los Tucanes de Tijuana may have been Latin American superstars but soon their presence became a surprise attack on the narrow parameters of North America's post-grunge radio scene. If there was ever a "day the 90s died" it was January 12, 2005, the day when the East Coast alt-rock mammoth 99.1 FM WHFS was knocked off the dial and replaced by brash Latin pop upstart WLZL, aka "El Zol."

WHFS' downfall came for all the usual reasons that had led countless other niche radio stations into the airwave boneyard: low ratings, chaos related to a corporate game of hot potato in terms of the station's ownership, and sponsors' lagging interest in WHFS' increasingly homogenous guitar dominated format—a format that by 2005 standards bore little resemblance to the station's "alternative" self-description.

By 2005 some of the most seminal recordings of the aughts had already quietly transmogrified music. Animal Collective's "Sung Tongs," Dan Deacon's early EPs, Imogen Heap's "iMegaphone," and Ariel Pink's "Worn Copy" all came out around this time and all of these works signaled the turning point when electronica, lo-fi indie rock, and pop music forms from all over were about to collide and create what has so far been the most innovative and forward thinking sea change music has seen in any era since the mid 70s. Echoes of this invigorating moment were nowhere to be found in WHFS' programming, not even at the tail end of the station's existence.

El Zol's grand entrance reflected an America (and ultimately a world) rapidly becoming connected less by pure U.S. pop culture and more by a global consciousness born of post-9/11 events, the ongoing electronic communications revolution, and the giant tide of immigrants from Spanish speaking countries who during the 90s were flooding through U.S. borders in one of the largest ethnic migrations of the 20th century.

Hispanic immigrants in particular are associated with a set of issues tied to the U.S. economic slump, the potentially endless "War on Terror," and the waning but still topical "War on Drugs." Their community forms one of the largest and most scrutinized segments of the West's disenfranchised population. As these immigrants' modest but growing disposable income began to reshape the early aughts' cultural landscape, the carefully cultivated rock outcast rep of lily white WHFS staples like Scott Weiland, Kurt Cobain, and Tori Amos couldn't possibly hold much sway with the many outcast, exiled immigrants who had risked life and limb escaping poverty and oppression in their former homelands to enjoy the fruits of the more economically/politically stable U.S. society that these pop stars were supposedly rebelling against.

El Zol recognized this and, by taking over WHFS' high powered signal, simply satisfied the demands of a massive new status quo who had little interest in the recreational divsiveness of America's pop counterculture. That startling moment when the conflict between the mainstream and the "alternative" became an innocuous "first world" problem was perhaps best summarized by the fall of WHFS and the rise of El Zol.