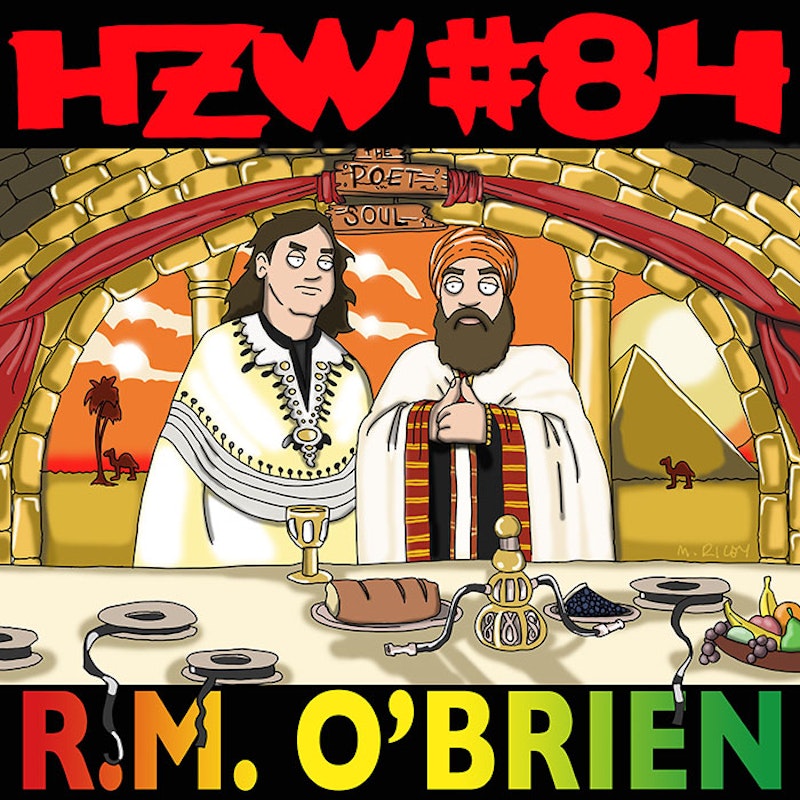 My guest this week is R.M. O’Brien. He’s a poet and a playwright and the main man behind Nuclear Power Pants. We’ve been friends since we first played a show together at Purchase College in 2004, and we’ve gone on several tours together throughout the years.

He talks about forming Nuclear Power Pants at Purchase College, and then reforming the band in Providence and then Baltimore. We talk about the inherent frustration of touring, and the point where touring with his band began to clash with his role as a family man. He explains his conversion to Sikhism, and how that’s affected his outlook on life and his approach to creative pursuits.

Mike Riley’s art this week is an homage to Def Jef’s Soul Food.