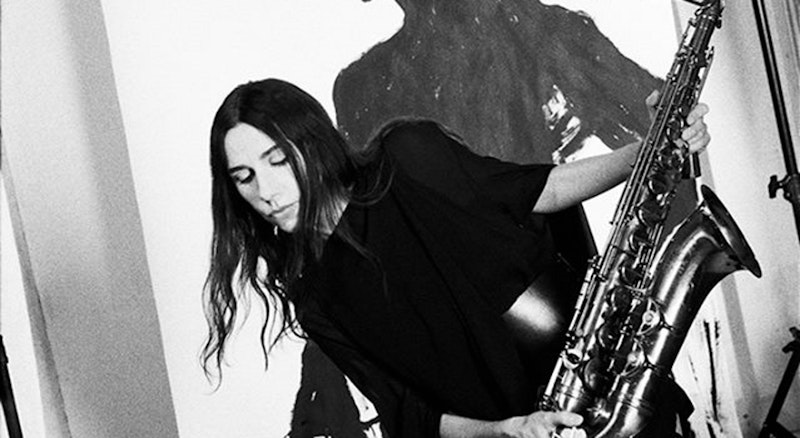 First third is the machine gears grinding and groaning to life, second third is the wheel turning, final third is the spin before we all forget there ever was a wheel in the first place. That’s probably crass and possibly dismissive, but “The Wheel” itself is or should be uncomfortable: it’s an Englishwoman’s catchy, calculating Americana about a tragedy in Kosovo. Are we entertained? Are we infotained? When we show up for Polly Jean Harvey in 2016, what do we want? I remarked to someone the other day that in some ways, Harvey is Generation Y’s Dylan or Neil Young. So we should all be able to begrudge her an extended run of poly-sci, even if some (many?) of us miss the deep-dive character studies of yore.

NYC’s Parquet Courts are on a mission to present its own (in)version of a Slanted & Enchanted-era Pavement, one where the principal songwriters share power, sleeve design was never abdicated to pros, and perfectionism is perpetually hidden beyond the second far rise. A bleary paean to imperfection and some bizarre arena rock/lounge act, the title track to the band’s forthcoming album doesn’t necessarily care whether any of us can’t quite follow the thread from beginning to end. Every scrap of imagery is in and of itself a climax, every inhuman multiplication on every chorus an underlining of humanity’s inherent, essentially messiness. (Also, there is a sweet, random organ break near the end—no idea why.) I catch myself returning to this song almost, obsessively.

ColleGrove doesn’t represent a line of demarcation anymore than “Bounce” is in Song of the Summer contention; in terms of context, for the sake of comparison, this may as well be a B+ straight-to-VOD action flick starring Brad Pitt and Ben Stiller. Yet “Bounce” is the jawn that negates the natural urge shrug this LP off, mostly because it catches 2 Chainz and Lil Wayne in half-catatonic, pass-the-mic frenzy, winging punchlines up against a beat that’s all pinched nerves and zooming headlights. Yet some of those punchlines do stick in a way that imagines this duo might have a classic album in term if they were actually, you know, still hungry; for every two weak gags, there’s a winner. That they’re selling every single verse with a heady admixture of faux hysteria and outright nonchalance elevates “Bounce” to the level of understated triumph even as it ranks in the mid-range of each MC’s catalogue, at best.