Lots of unfinished songs for posterity, but nothing that makes you jump. 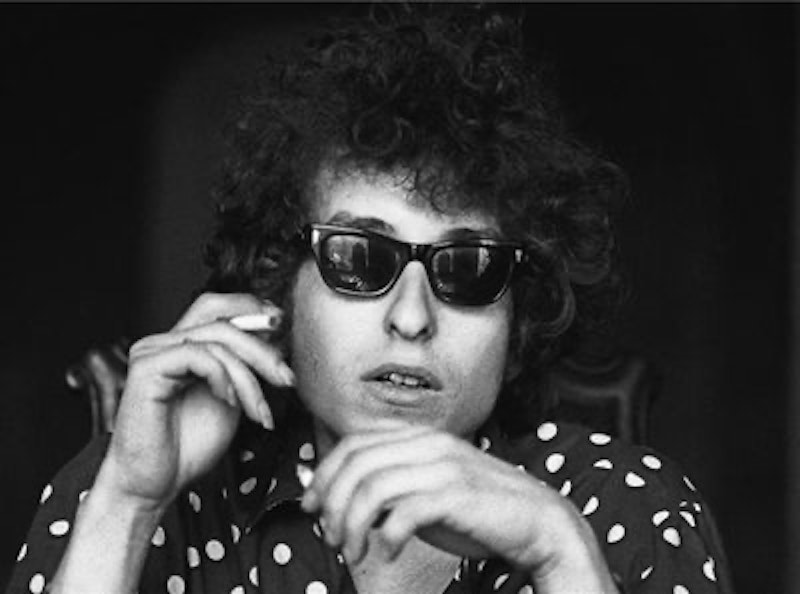 It’d be unfair to say that Bob Dylan’s just-released “Bootleg Series. Vol. 12” is a dud; it’s not, especially for those fans who haven’t heard most of the rehearsals, outtakes and false starts of his well-known songs from 1965-66. (One early bad sign: the set’s called “The Cutting Edge,” which the songs certainly were 50 years ago, but that phrase was commonly used in the 1980s, and then descended into the mainstream of television commercials and cliché-happy writers.) Yet, after all these years of Columbia parceling out Dylan’s archives—starting with Biograph in 1985 and then commencing with the “Bootleg” collections in 1991—this brilliant segment of Dylan’s long career, rightfully considered his “magical period,” (as Dylan has acknowledged), the in-a-trance, manic combination of recording, writing, touring and turning the music world upside down, figured to be studded with unknown chestnuts. For example, I was hoping that 1965’s “Love Is Just a Four-Letter Word,” covered by Joan Baez but never released by Dylan, would be included. I guess he just never got around to recording it.

I plead guilty to innocent naïveté on this score: should’ve known that after decades of collecting vinyl bootlegs (back when they were illegal) and then CDs of Dylan’s vast body of work, there wouldn’t be much new here. And there isn’t: I suppose it’s interesting to hear the step-by-step progression of “Like a Rolling Stone,” from the unfinished “waltz” to the sublime final product released on Highway 61 Revisited in 1965, but it’s not a series of stop-and-starts that I’ll listen to a lot. Likewise, I’ve little fascination for the early takes of “Love Minus Zero/No Limit” that open up the six-disc version of “Volume 12.” The original on Bringing It All Back Home, and then the revelatory live rendition at George Harrison’s The Concert for Bangladesh in 1971 satisfies this 60-year-old Dylan borderline obsessive. (Dylan, by the way, doesn’t get enough credit for his turn at Harrison’s ’71 benefit; coaxed by the ex-Beatle to perform during a time when his career was in flux, Dylan’s six songs were by far the most exciting set of that famous summer gathering. Just his twang on “A Hard Rain’s A-Gonna Fall,” giving the 1962 song new life, was chilling.)

When Biograph appeared at stores in ‘85, it was an event. Most striking was Dylan’s “Abandoned Love,” recorded during the Desire sessions, and, unfathomably, left off the album while the embarrassing “Joey” remained. Perhaps “Abandoned Love,” a very nasty, exquisitely-written song about his estranged wife, wasn’t in sync with the LP’s closer, the syrupy “Sara,” but Dylan’s final selections for releases were often capricious. Also on strangely-ordered Biograph were gems like “Up to Me” and a clear rendition of “Percy’s Song.”

In 1991, “Bootleg Series, Vol. 1-3” came out, and man, this was what fans waited for. Most notable for this listener were the discarded New York-recorded versions of “Tangled Up in Blue” and “Idiot Wind,” both less frenetic than what appeared on Blood on the Tracks, the lyrics more powerful with the understated music. But that wasn’t all: “Catfish,” “Seven Days,” “Blind Willie McTell,” “Golden Loom,” “Wallflower,” “Only a Hobo” and “Walls of Red Wing,” among many others, also stood out.

Then in 1998, a much-traveled bootleg of Dylan’s live Manchester concert in 1966 came out, and though the acoustic disc was somnolent—Dylan singing like he was on valium, bored—the electric portion crackled, no, exploded, starting off with never-recorded “Tell Me Momma” and not letting up until a raucous “Like A Rolling Stone.” I agree with The New Yorker’s David Remnick that this is the single finest live rock ‘n’ roll recording ever made. How Dylan transforms the folk song “Baby, Let Me Follow You Down” into a barn-burning rocker is a microcosm of his astonishing 18-month nearly-hallucinogenic run.

Back to “Volume 12” and its disappointments. There’s a reason “It Takes a Lot to Laugh, It Takes a Train to Cry” was presented on Highway 61 as a gorgeous, riddle-strewn slow number instead of the speeded-up first take. Ditto for the many versions of “Visions of Johanna,” none of which approach my favorite song on Blonde on Blonde.” Curiously, one of the few clunkers on that ’66 double-LP, at least to me, the plodding “Pledging My Time,” is the standout track on “Volume 12,” a rock rendition that’s superior to the official song. And the jazzier “Just Like a Woman,” despite the garbled words, is also terrific. I suppose many will be thrilled with the inclusion of “She’s Your Lover Now,” an incomplete, scathing revenge song, but it’s been on so many bootlegs, that I knew the lyrics by heart 30 years ago.

Remnick, in his engaging, meandering review of “Vol. 12 for The New Yorker, writes: “The idea is to reveal the artistic process—or as much of that process as countless spools of studio tape can provide. Maybe you’ve got to be some kind of Dylan nut to listen to all of it. I am that kind of nut.”

I’m “that kind of nut” as well, and I find it difficult to believe that Remnick, now that his piece is written, will return more than once a year to “Vol. 12.” I sure won’t, unlike the Manchester concert, which is still in fairly heavy rotation at my office.