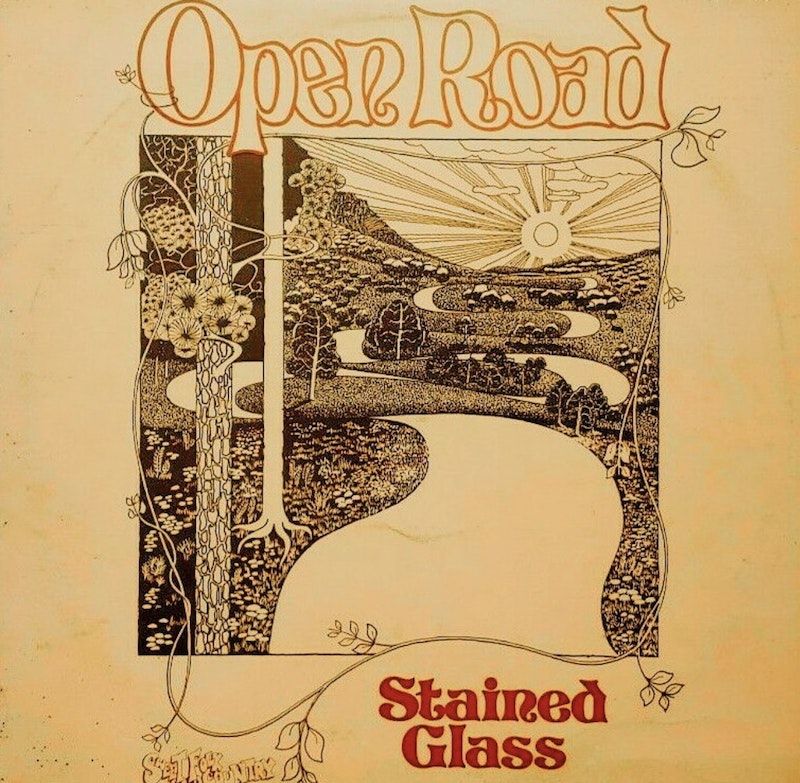 Even with folk music’s surge in popularity, rural Britain couldn’t escape the singer/songwriter pop sound that saturated radio in the 1970s. Alan Green’s acoustic pop signings—Penny Wager, Jack Hudson, Friends O’ Mine, Saga, post-psych luminaries Saraband, and a handful of other mellow acts—were supported by many of the same venues and audiences who supported Green’s traditional folk artists. Penny Wager’s versions of Joni Mitchell’s “Marcie,” Blue Horizon’s take on Leonard Cohen’s “Hey, That’s No Way To Say Goodbye,” and Jack Hudson’s reading of “4 And 20” (a Stephen Stills/CSNY cut) are spiritual kin to the eeriest old plain songs and dirges. Regardless of their modern origins, the feeling that inspired these performances is burned into the DNA of places defined by seclusion and abandonment including many locales that Green’s artists called home.

The original compositions from Mike Donald’s Folk Heritage LP Yorkshire Songs Of The Broad Acres formed a concept album about the Yorkshire Dales. On “Land Of The Old and Grey,” Donald’s quiet yet raspy voice growls about how “Young people keep movin away”; Yorkshire Songs’ original 1971 sleeve notes describe the song as a sobering reminder of “the de-population of the remote Dales as the railways close and bus services become fewer.“ The dreamy, barely more upbeat “Visions Of Cumbria” is summarized in the same track notes as an affront to “the popular belief that the Lake Counties consist of un-spoilt scenery—this song contrasts their natural beauty with their industrial despoilation.”

Green also produced work for many eccentric artists who specialized in odd story-songs, dramatic narrative works framed by a sonic collage of psychedelia, singer-songwriter moves, and light prog-rock. The Westwood label albums by Saga focused onthis sound and had the largest pressing numbers of all the Alan Green productions (5000 copies each for their self-titled 1972 debut and sophomore effort Sweet Peg O’ Derby from ‘73). Though their music shared little with Mike Donald’s trad-style balladry, “Yesterday’s Rain”—from the first Saga LP—was inspired by the same rural concerns essayed in Yorkshire Songs: “Where the darkness hides the sight of tired eyes looking on a tired land… I feel trapped and sometimes lost.”

Global political issues also inspired Green’s artists: Janet Jones moonlighted as a folk singer while teaching English in Keighley when Midas released her unique version of Joan Baez’s anti-war “The Old Woman’s Lament”; packaged in the strangest l.p. cover ever to hold a Sweet Folk And County disc, Steve Rostrow’s first album brandished the anti-capitalist folk punker “Snail”; and Midas luminaries The Minor Birds’ take on Peggy Seeger & Ewan MacColl’s “Grey October” stands among the most challenging political ballads ever recorded. The adult male members of the group sing of a Welsh mining disaster in Aberfan, Glamorgan that resulted in the death of a class of school children and their teacher. Countering the male group harmony verses, the solitary 17-year-old Sue Waywell’s quivering melodies describe the US Air Force bombing of innocents in Thai Binh which occurred during the Vietnam War on the same day as the Aberfan tragedy in 1966.

The male Minor Birds represent the older generation burdened by unsustainable industries and the crumbling infrastructures of Britain’s past. Sue Waywell sings for younger generations haunted by the international wire service reports from Vietnam's frontlines, allusions of a war torn global future.

The ending of Alan Green’s recording career is almost too bizarre to be true; it’s the biggest twist found in the Before The Day Is Done booklet. Green’s last act as a producer wasn’t tragic, upbeat, or unjust. This was the final moment of quiet catharsis for a movement that thrived in a subtle way. By the 1980s Green and his artists had done all they could to preserve the music and community they loved, never wavering despite the fact that none of these artists or records broke through to pop charts. This grass-roots ethos later became synonymous with thepunk, post-punk, and indie rock scenes that wound up overshadowing the regional music championed by Green's labels. Throughout the late-Cold War era punk and punk adjacent genres were embraced by the modern disenfranchised masses who lingered in a virtual backwater of global mass media overload—a milieu that could be just as sleepy, remote, and lonely as provincial Britain circa the Three Day Week.

By the 1990s punk’s performative revolt was assimilated into the commercial mainstream. The subtle intensity of bedroom pop, lo-fi electronica, and the insular communities attached to both styles became major cultural forces toward the turn of the 21st century. Just like the best of bedroom pop and weird electronica, Alan Green’s productions are as beautiful and raw today as they were decades ago, proving that some forms of extreme music only hit hard when the volume is soft and the audience is small.