Clues after the jump. 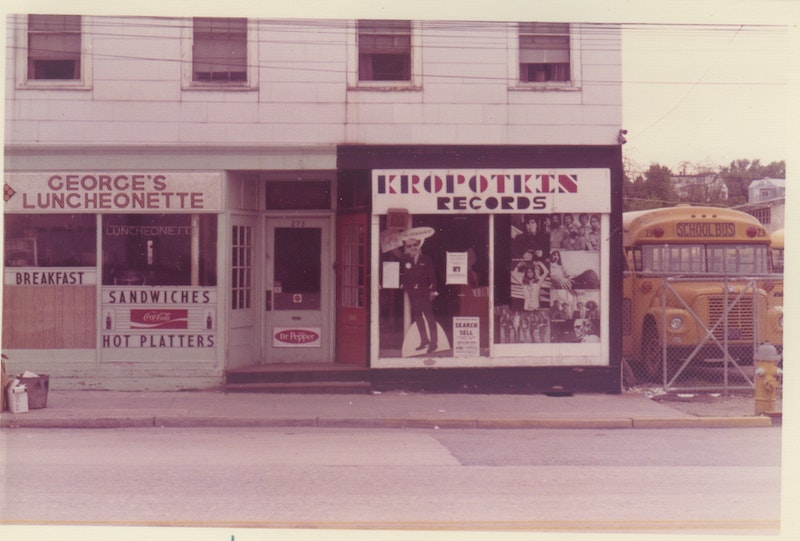 I shot this picture decades ago as a teenager in Huntington, New York. Kropotkin Records was a supreme hangout for hippies and was owned by two of the kindest hippies I’ve ever known, Tom Pomposello and Rob Witter. It opened in 1970 (not the year in question) and quickly became popular among young locals, not only for its cheap records ($3) but also its idiosyncrasies, such as the “spare change” tin can on the counter, and the “shit list” posted on a bulletin board, which named people who hadn’t been “cool” during visits to the store. I lost touch with Kropotkin after leaving for college in 1973—and have no idea when it closed—but this New York Ave. landmark still brings back poignant memories from a different world. Looking at the photo, it’s strange that I don’t recall George’s Luncheonette; never had one of their “hot platters.” I asked my lifelong friend Elena Seibert about George’s and she also drew a blank.