Before or after, the genre has never been better than in the "neo-traditionalist" period from 1986-95. 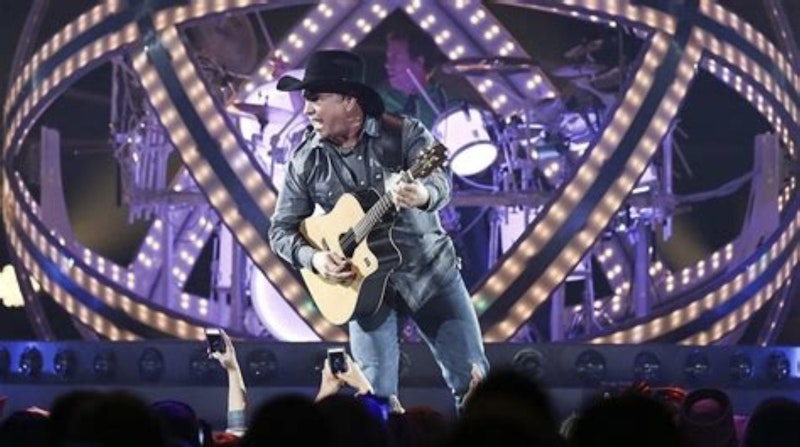 Like a fair number of people who might’ve been interested in country music in, say, 1965-74, when country rock was king and the Grateful Dead were listening to Merle Haggard, and everyone to Bob Dylan's Nashville Skyline, my editor and friend Russ Smith lost track as the 1970s wore on. That is understandable. I'd say that by the late-70s, Dolly, Loretta, Tammy, Merle, George Jones, Johnny Cash, even Willie and Waylon (that is, the great artists of the previous golden age) had done their best work. At any rate, they'd done the work that everyone knew then and knows still, had established their personae and their sound.

Those were, at their heart, very traditionalist artists, throwbacks already, venerators of Jimmie Rodgers, Hank Williams and Patsy Cline, and they were also fundamental influences on rock music.

But 1976-85 was a "crossover" decade, in which even the great 1960s artists tried to sound urbane, and it declined into a sort ofwretched easy listening or adult contemporary. When Tammy Wynette heard Dwight Yoakam's neo-trad stylings in the late-1980s, she was embarrassed. "That's what we've spent the last twenty years trying to get past," said the former hairdresser from Tupelo.

There were still flashes of light, but I think country music in '79 was gross and mediocre, and intent on betraying its own history. People such as Russ couldn't have possibly been interested in most of that music (let's say Eddie Rabbitt's "I Love a Rainy Night" or a whole shitload of Kenny Rogers). Maintaining interest was hard for all of us in that patch.

There were some hints of life as traditionally understood as the 1980s rolled. George Strait's first album appeared in 1981, for example. Ricky Skaggs, who’d played guitar, mandolin, and fiddle with Ralph Stanley and Emmylou Harris, had a series of solo hits with traditional songs, and Skaggs' childhood friend, the great singer Keith Whitley, issued his first solo album in 1985.

But in the late-1980s and early-90s, a remarkable cohort of classic country artists emerged. I think of many of them as comparable to the greatest the genre had produced before that. It's a hell of a list of names, including Garth Brooks, Joe Diffie, Steve Earle, Vince Gill, Alan Jackson, Patty Loveless, Randy Travis and Dwight Yoakam. And I think the country music of now, which is in yet another retrenchment to yet another neo-traditionalist phase (I hope you'll be able to se that on the CMAAwards Wednesday on ABC), is vindicating this assessment: a remarkable number of current songs refer to to the artists and styles of the period in question.

I started to assemble a playlist, and quickly realized that my best of the best might take a couple of hundred songs: another indication of the agelessness and beauty of this material. What I'm going to do is list a number of the greatest artists who recorded their first albums in this period, with two or three great songs each. Play one and see where your app takes you next; or play these suckers in order, Russ. I'm leaving out many great characteristic songs and artists, e.g. great one-hit wonders, such as David Ball (Thinkin Problem) and Ken Mellons ("Jukebox Junkie") are omitted, or were, before I wrote that they were, at which point they weren't omitted at all.

Playlist: The Golden Age of Neo-Trad.

—Tracy Byrd (breakthrough No Ordinary Man, 1993), "Lifestyles of the Not So Rich and Famous," "Watermelon Crawl," Pink Flamingos.

—The hilarious Joe Diffie (breakthrough Honky Tonk Attitude, 1993), "John Deere Green," "Prop Me Up Beside the Jukebox," "Third Rock From the Sun."

—Alan Jackson (career and period-defining album Here in the Real World, 1990), "Here in The Real World," "I'd Love You All Over Again," "Chattahoochie," "I Don't Need the Booze (to Get a Buzz on)."

—Lorrie Morgan (debut Leave the Light On, 1989), Trainwreck of Emotion, "What Part of No," "When a Tear Becomes a Rose(with Keith Whitley)."

—Pam Tillis (first successful album, the great Put Yourself in My Place, 1991), "Don't Tell Me What to Do," Cleopatra, Queen of Denial, "Let that Pony Run."