Bob Dylan On the Coffee Table

New book The Philosophy of Modern Song is both really funny and irritating. 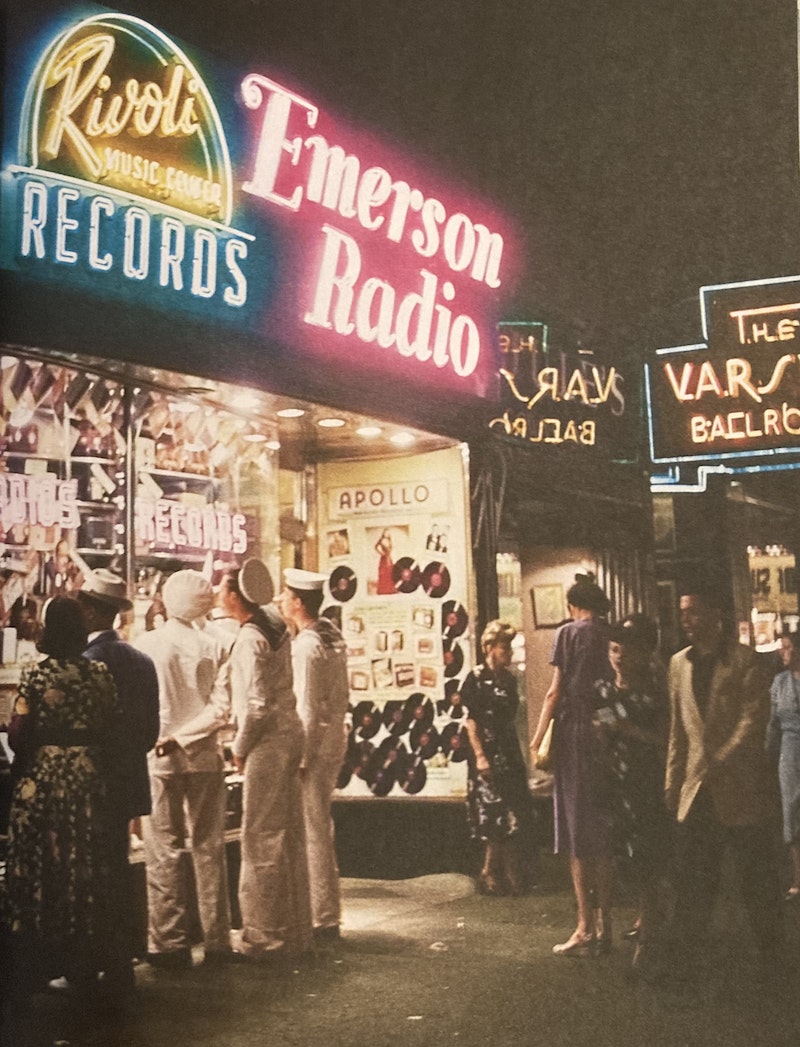 In the past 50 years or so, whenever Bob Dylan released a new album reviewers and “Bobcats” could be relied upon to proclaim, “Dylan’s back!” It wasn’t often true. My first memory of such a statement came from Ralph J. Gleason in Rolling Stone in late-1970 when the lazy, unsatisfying New Morning came out (months after the unfairly panned Self Portrait), and Gleason exulted that Dylan was “bringing it all back home again,” just in the nick of time with Nixon, Vietnam and countercultural euphoria and madness colliding. Similarly, in the spring of 2020, as Covid terrified the country, some said that Dylan’s “Murder Most Foul,” a foul and silly 17-minute song, arrived “just when we needed it.” As noted many times in this space, I’m an enthusiastic Dylan fan (my favorite of the 1960s triumvirate he shares with The Beatles and Stones), if not “Dylanologist”—Greil Marcus is tops in that field—but I wasn’t a true believer post-Desire, aside from this or that track (“Catfish,” “Seven Days,” “Jokerman,” “Dignity” and a few others), and the numerous “Bootleg” compilations and 1985’s Biograph, which often contained gems. (It was the first time I heard the remarkable “Abandoned Love,” slated for Desire, but ditched at the last minute for the so-so “Sara”; and this was a record whose second side opened with the atrocious “Joey”).

I don’t listen to Dylan’s new records, but thought his 2004 “memoir” Chronicles, Vol. 1 (never a Vol. 2) was a brilliant read, and his twin legacy-on-his-own-terms documentaries with Martin Scorsese, No Direction Home (2005) and Rolling Thunder Revue (2019), were outstanding. And his “Theme Time Radio” sessions in the first decade of this century were a gas; I bought several CD sets of the shows and still play them, for the breadth of his choices are incredible (and a steal at Amazon for $20 with a couple of hours of music). A few weeks ago, Dylan’s book The Philosophy of Modern Song was issued by Simon & Schuster, in which the author riffs on 66 songs, and, taken in small doses the beautifully-designed book is very entertaining. Meaning that, as my friend Bill Lattanzi said, it’s great for an hour and then just gets repetitive. And I guess that’s what a coffee-table book (although Modern Song has more words than most in that genre) is for: you leaf through it at your leisure, alternating chuckles and groans, put it down, and probably pick it up again a day, or week, later.

It’s infectious, filled with Dylan’s observations—at the time he wrote the entries—even if, such as with the inclusion of The Eagles’ awful “Witchy Woman,” he barely mentions the group, and just meanders about witches and tough ladies. He writes: “The lips of her cunt are a steel trap, and she covers you with cow shit—a real killer-diller and you regard her with suspicion and fear, rightly so. Homely enough to stop a clock, she’s no pussycat.” (In some reviews, Dylan’s taken stick for “misogyny” since out of the 66 songs, only four are by women; that doesn’t bother me, and it certainly doesn’t bother the author, it’s just the way the book turned out. He was “feelin’ that way without warnin’,” to pick a line from the superb “The Lonesome Death of Hattie Carroll” that came out in 1964.)

What struck me most about Modern Song was the constant name-dropping, not just celebrities, but people and events from the past, as if Dylan had to prove he’s an educated man. While reading, I heard “Desolation Row,” from his perfect 1965 record Highway 61 Revisited, playing my head, for that song is studded with such references. For example: Cinderella, Bette Davis, Romeo, Cain and Abel, the Hunchback of Notre Dame, Ophelia, Noah, Einstein, Robin Hood, The Phantom of the Opera, Casanova, Nero, the Titanic, Ezra Pound, T.S. Eliot, not to mention beauty parlors, tight-rope walkers and a fortune-telling lady. It’s similar in his new book—how many times is Dylan going to evoke the trapeze-artist?—but was more fresh in 1965.

One of my favorite chapters in the book is (ostensibly, as always) about Edwin Starr’s 1970 chart-topper “War.” Dylan gives a cursory history of the song, and then—after evoking The Merchant of Venice—digresses into his own opinions about war. It’ll surprise some—but not close Dylan-watchers, who know he’s politically idiosyncratic, for example a Goldwater fan in ’64, more for the cowboy Arizonan’s aesthetics than politics—that he gives George H.W. Bush a glad hand, saying he carried out the first Gulf War swift and surgically, with fewer casualties than expected. And then he lays low G.W. Bush: “But the Son was not the man the Father was… His eye was not as clear, nor his hand as steady, as his father’s… Lives were lost in the course of an invasion that was not provoked.” In a twist, he concludes: “As a people, we tend to feel very proud of ourselves because of democracy. We walk into that booth and cast our votes and wear that adhesive ‘I Voted’ sticker as if it is a badge of honor. But the truth is more complex… And if we want to see a war criminal all we have to do is look in the mirror.”

His fairly inscrutable examination of Elvis Costello’s 1978 “Pump It Up,” is at first a critical look—“The song has a lot of defects, but it knows how to conceal them all”—but then considering Costello’s body of work, compliments him. “When you are writing songs with Burt Bacharach, you obviously don’t give fuck what people think.” And, in what’s intended for fans of his own work, Dylan writes that knowing the life story, and peccadilloes, of a singer is just trivia. “It’s what a song makes you feel about your own life that’s important.” Self-serving, considering his own checkered past, but true.

The chapter about the Drifters’ 1964 hit “Saturday Night At the Movies” doesn’t mention the song or group even once. It’s just Dylan’s thoughts about movies—“People keep talking about making America great again. Maybe they should start with the movies”—and not particularly original. It struck me as a jazzed-up Wikipedia post.

As a kid, I always liked hearing Cher’s “Gypsies, Tramps & Thieves, a 1971 song that was always on the radio when buddies and I, with new drivers’ licenses, cruised around Halesite on Long Island, knocking down trash cans, speeding and the usual minor hijinks. I was never a Cher fan (although she was great in Silkwood), but this relentless tune hit the right buttons. I think Dylan liked it too, but it’s hard to tell. That doesn’t mean he won’t lard on the filler prose: “Hoaxes, tournaments and spectacles, that’s your line of business. Drugstore cowboys, girl watchers, night owls—everybody and their uncle, you lighten them up and bleed them with ease.” And it goes without saying that Dylan says that gypsies, tramps and thieves are three kinds of people he’d like to have dinner with.

Dylan reveres Hank Williams—“There’s really nobody that comes close to Hank Williams”—and in his chapter on 1953’s “Your Cheatin’ Heart,” (released posthumously) after appropriate rhapsody, Dylan segues—he is 81—about how Americans are “spoon-fed” everything today (a common refrain in the book). “[E]verything is niche marketed and overly fussed with. There isn’t an item on the menu that doesn’t have half a dozen adjectives in front of it, all chosen to hit you in your sociopolitical-humanitarian-snobby-foodie consumer spot. Enjoy your free-range, cumin-infused, cayenne-dusted heirloom reduction. Sometimes it’s just better to have a BLT and be done with it.”

I skipped the chapter on Perry Como’s 1951 “Without A Song.” My parents liked Perry a lot; my brothers and I couldn’t stand him.