The band has delivered a triumph. 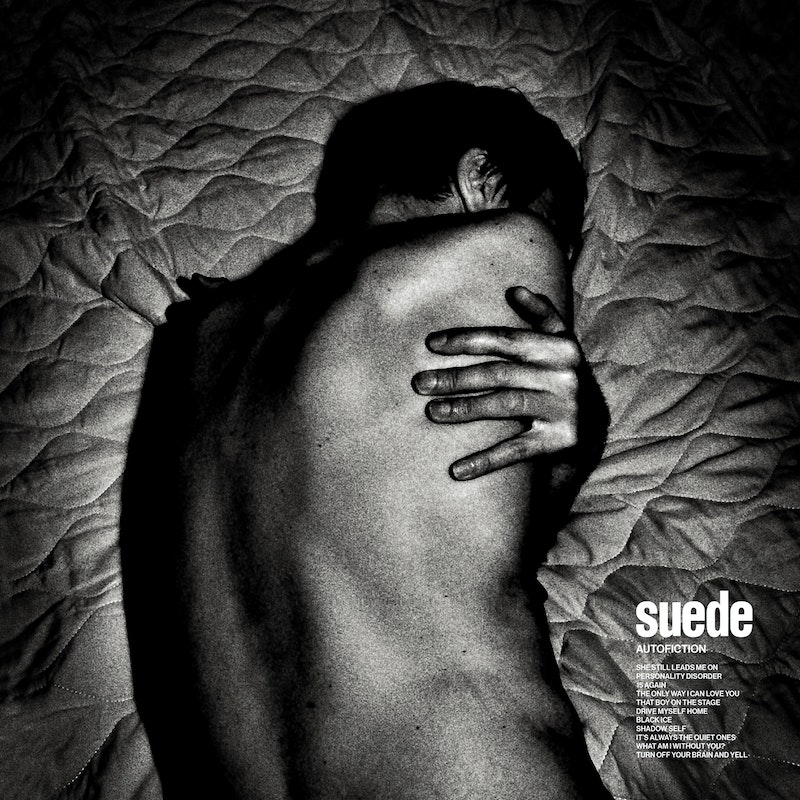 One of the best decisions I ever made was rejecting the 1990s grunge movement in favor or following the band Suede. While at the time it emerged in the early-1990s grunge, led by bands like Nirvana and Pearl Jam, was considered a fresh start after the synthesizers and hair metal of the 1980s, to me it was a step backwards. I didn’t want my bands to be like the guys I waited tables with at D.C.’s rock clubs. I wanted them to be glamorous and sexy. I wanted them to be poets and modernists. Was Alice in Chains really a step forward from Talk Talk, whose last two albums were artistic masterpieces?

Suede was glamorous and brilliant. They’re survivors, and have just released a spectacular album, Autofiction.

In the early-1990s Suede had the markings of a young and sizzling act that would burn brightly and then explode. In 1992 Suede went supernova when the British music weekly Melody Maker named them the best new band in Britain—before the band had released their debut single “The Drowners.” The music produced by singer Brett Anderson, guitarist Bernard Butler, bassist Mat Osman and drummer Simon Gilbert was sexy, glamorous dirty and poetic—as one critic put it, Suede had a “David Bowie and Lloyd Cole-influenced blend of leftfield rock, wiry pop and punkish lullaby, their songs about love in the gutter, jealousy and dissipation, trash and glitz.” The band split up in 2003 and re-formed in 2010. Guitarist Butler was replaced by Richard Oakes.

They’ve produced several strong records in the last few years, but nothing like Autofiction. The band has grown tighter and powerful over the decades, with the members seeming to read each other’s minds as their instruments intertwine into one colossal and sharp sound. There’s punk, pop, New Wave and straight rock here, each played with skill. Opener “She Still Leads Me On” is a tribute to Anderson’s late mother. “The Only Way I Can Love You” is a rock gem with monster hook and examines the insecurity of loving someone in a way that might not be conventional or perfect. “It’s Always the Quiet Ones” rides a synthesizer riff to examine the dangerous outcasts of society. (“Don’t show that you’re hurt/You won’t be the first/To hide the bruises under your shirt.”) “Shadow Self” is a New Wave poem set to a 1980s beat, with lyrics worthy of Elvis Costello:

Close the curtains and dim the lights

Don’t be offended by her faith tonight

Track the motion of her body in space

She is the centre of her rage

The closer, “Turn Off Your Brain and Yell” shows more spunk than bands half their age. It’s evident on Autofiction that individual humans are behind these songs, not a committee of image-makers. Brett Anderson noted in an interview that they wanted to capture the live feel of the band, including the small mistakes here and there. This record feels alive, with occasion chatter and feedback. Modern pop music has become about the problems of fame, celebrating or lamenting love relationships, and revenge. I felt a bit of dread when I started streaming Taylor Swift’s new record Midnights. I knew there would be great songs in there, but also knew that the focus of Midnights would be Taylor Swift—and Swift alone. There wouldn’t be anything as striking as, say, “Rhapsody,” the song Siouxsie and the Banshees wrote about Shostakovich. Swift has been called “the greatest self-portraitist of our time.”

In his review of Midnights, Craig Jenkins at Vulture offered this: “The late-night theme of Midnights is a useful conceit that leaves a lot of space for variety in sound and subject matter. Nighttime is when we lie alone confronting our innermost thoughts, but it’s also prime real estate for partying. Midnights rests on this axis as it visits moonlit hours spent crying, fighting, dancing, drinking, and making out.”

That’s not a wide variety of subject matter. Suede’s Anderson recently said that in the years when grunge was forming and he and his bandmates were in the basement practicing, “We emerged not sounding like any of those bands.” “We emerged sounding like Suede.” They had more to sing about than fame, money and girls. They also were confident—these guys were awesome and they knew it.

I rejected grunge decades ago music because I didn’t want to follow a movement where everybody felt the same, dressed the same, and sang about the same things. I loved that a great 1980s band like Talk Talk could write a song based on a left-field novel called The Dice Man. The Cure’s famous “Killing an Arab” was based on Camus. Chrissie Hynde sang about her hometown of Ohio. I wanted individual artists.

I also wanted real stars—poets and musicians you could fall in love with, or be awed by. Rock ‘n’ roll is glamorous, no matter how hard people try and bring it down to earth. For all his filth and fury, John Lydon has undeniable charisma. Brett Anderson, the still-beautiful lead singer of Suede, once wrote this: “Without wishing to come across as pompous, the whole ‘we’re just the same as our fans’ attitude reminds me of dads who believe themselves to be their kids ‘best friends’: false, patronizing and ultimately hollow. Regardless of how unfashionable a viewpoint it is, it has always struck me that any performance is essentially an elitist act and that the stage has a very clear purpose—to separate and elevate a band from its audience—and that the differential therein is an essential ingredient of the drama.”