A Look at the British Folk Scene

Alan Green's Before The Day Is Done forms an exploration of music as a consequence of social progress. 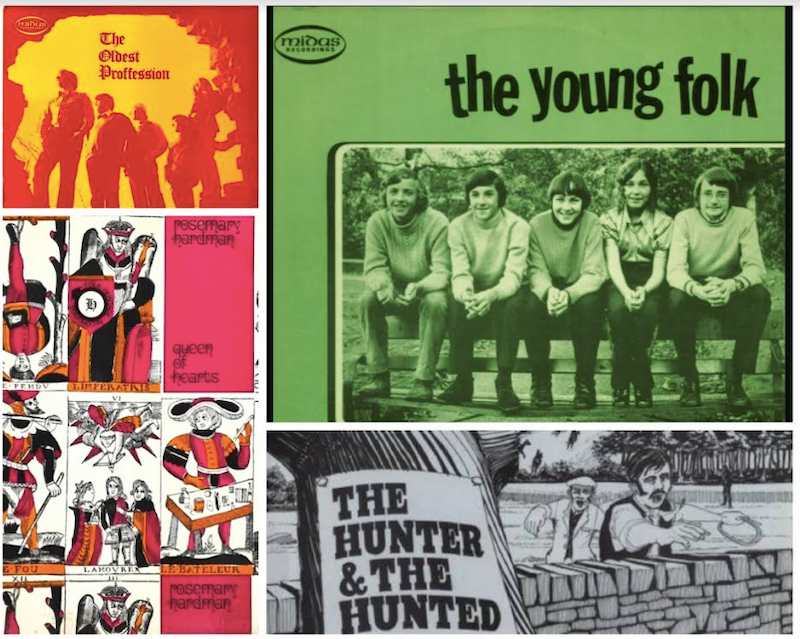 The Midas, Folk Heritage, Westwood, Sweet Folk And Country, and Real record labels were early proponents of the UK’s first independent recording renaissance. Producer/engineer Alan Green ran each of them during the DIY scene’s embryonic heyday (the late-1960s to mid-70s). Before the fashionable urban armadas of punk and new wave marched into “battle,” Green’s releases documented a lesser known but important grass roots movement that came to life outside of major cities. His efforts immortalized the weird survival of folk traditions in an industrialized world spinning out of control.

Green’s place in music history has finally received proper respect via Grapefruit Records’ triple CD set Before The Day Is Done, a 68-track retrospective of high points culled from all of his label catalogues. The 40-page booklet which accompanies the release is filled with charming characters, odd circumstances, and unlikely twists as it delves into the humble origins of Green’s career and the artists who benefitted from his support. The package is illuminated by moody promo shots of the artists and reproductions of the cryptic cover art from their original releases. By liberating these obscurities from the collector niche and placing them in a clear historical context, Before The Day Is Done forms an exploration of music as a consequence of social progress.

Alan Green came of age just before the British folk revival reached its late-1960s crest of popularity. Prior to establishing the Folk Heritage label the novice producer recorded at home with second-hand BBC equipment he’d acquired while earning a comfortable living as an employee of Imperial Chemical Industries near Manchester. Innovative medicines, durable synthetic fiber, and deadly pesticides were just a few of their cash cows. During the late-20thcentury the company was one of Britain’s largest employers. Despite the stability of time clocks and commercial chemistry, I.C.I. couldn’t keep Green from devoting his life to the warm tones, bold eccentric performances, and communal framework that energized the regional folk scenes that surrounded him.

Some of Green’s artists were hobbyists who played part-time for little more than beer money. Others were folk scene vets who made a modest living entertaining nightly within a small circuit of venues in northern England and Wales. Many of these pro acts (The Minor Birds, Blue Water Folk, Wayfarers, Rosemary Hardman, Taverners Folk Group, Mike Donald) doubled as promoters who headlined, hosted, and booked their own events.

Pubs, hotels, restaurants, churches, schools, and other community centers were the prime venues which catered to folk music amateurs, pros, and everyone in between. According to influential folk revivalist Martin Carthy, by the early-1970s a deluge of small folk music events were routinely attracting support from artists and patrons in the UK. At the same time the chaos-plagued Heath administration was ushering the country into a decade of recession just as the radical innovations of art rock, proto-punk, and open air hippie fests were becoming Britain’s biggest pop trends. The British folk scene soon became a place for artists whose work symbolized the more personal impact of political turmoil while sidestepping the histrionics that came with that turmoil.

In terms of arrangements and instrumentation, many of the songs Green preserved on tape had been part of British culture since the 1800s; others were much newer, and a few were hundreds of years older. What makes these recordings distinct is their offbeat vocal performances and the subtle echo effects that defined Green’s production style. A nervous “opening night” intensity charges all of these records. The mournful tones of Folk Heritage artists Rosemary Hardman, The Pendlefolk, Bards’ vocalist Sheelagh Holt, and Macdonald Folk Group’s Paula Cooper turn folk chestnuts into lonesome emotional meltdowns; The Taverners Folk Group, Brian Dewhurst, The Yardarm, and Midas recording artists The Oldest Profession contribute ragged melodies of perseverance, triumphant anthems with hints of melancholy more akin to death ballads than any drunken singalong.

The best and most original act to release a record on Midas were Lancashire’s Young Folk. The group’s youngest member was only 12 while the eldest was 15. Euphoric walls of shaky vocal harmony, jangly guitar and mandolin congeal on their lone 1972 LP Ribble Valley Dream. Its lead cut is a shimmering cover of Dave Cousins’ "You Keep Going Your Way.”The quintet’s earthy vocals and energetic instrumental attack unite the darkest and bubbliest elements of UK folk creating the ultimate counterpart for Cousins’ joyous lyrical pessimism: “A team of six black horses rising from the ocean deep/Will carry up my body when I die/The rustle of the pebbles on the shoreline/Reminds me that my time’s in short supply/So you keep going your way/And I’ll keep going mine/And everything will turn out fine.”