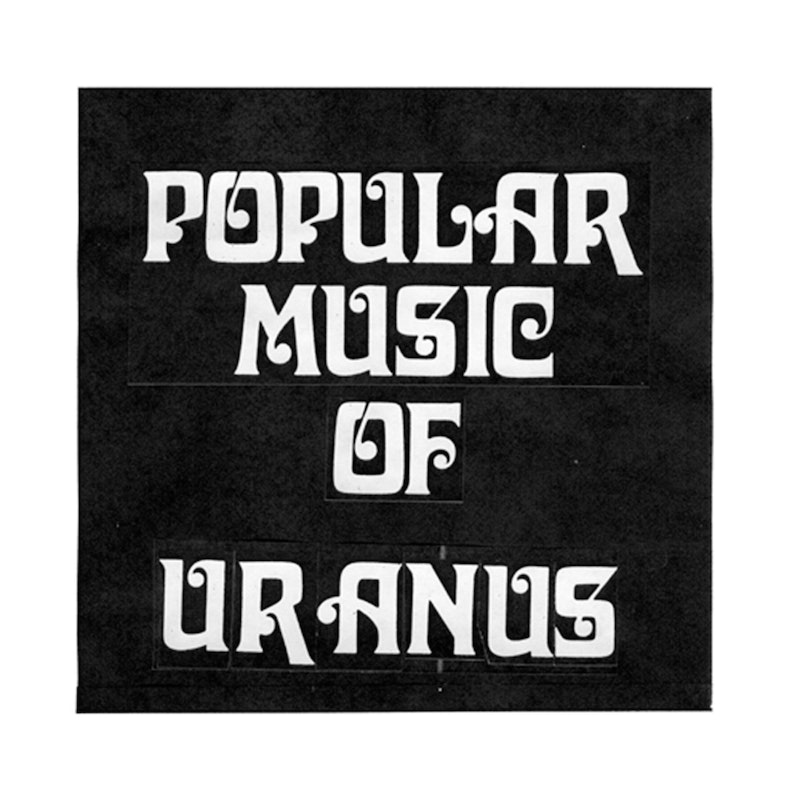 A new season, a new Eric Copeland record. It’s a good one, too: Trogg Modal Vol. 2 follows last fall’s excellent first volume, another LP of uniquely tweaked techno and dance music that’s by turns silly and moving. Rather than a full review, I figure it’s time for a guide to Copeland’s considerable solo discography, which long ago surpassed his band Black Dice’s body of work. In 12 years, Copeland has put out twice as many records, some more obscure than others.

Copeland’s work can be split roughly into two periods: the noise cycle (2007-2012), where the connection between his solo work and Black Dice is clearer. Starting with Joke in the Hole, he began mining more conventional dance structures, eventually putting out a series of straight techno albums stripped of most melody and the characters of his looser early work. This streak continues, with both volumes of Trogg Modal a concise synthesis of his later explorations into club music and the idiosyncratic and unruly R. Crumb-esque characters that populate his pre-2012 work.

Hermaphrodite (2007, Paw Tracks / PPM Records): Very much of its time, Hermaphrodite made perfect sense in the year of Panda Bear’s Person Pitch as its woolier, more feral cousin. The connection to Black Dice’s work is more obvious, and 2009’s Repo shows a clear influence from Copeland’s first two solo records, with many songs that probably started as solo demos (“Glazin’,” “Earnings Plus Interest,” “Chicken Shit”). In 2007, a song like “Green Burrito” could be played alongside other hitmakers of the day, most since long forgotten. That one and “FKD” endure, the latter still a live staple.

Alien in a Garbage Dump (2009, Paw Tracks): The best of the pre-techno noise work, much closer to the sound of Black Dice in the late-aughts, but better still than Load Blown and Repo. Starts with two of his very best: “King Tits Womb” and the title track, both built around these looped bits of speech: “Anyone else on the marijuana?” and “Just don’t do it.” I saw Copeland twice in 2009, both times at Floristree in Baltimore. The first show in April was one of the best sets I’ve ever seen, and I went alone when he came back in October, got way too stoned before he played, and had to leave when I started having a panic attack during “King Tits Womb.” I’m amazed how annoying this record is to most people—even noise kids! I can’t tell you how many friends have implored me to turn this off immediately.

RGAG CDR EP (2009, self-released): For completists only, though interesting, and the first track (untitled like the rest of them) is a gem.

Alladin 7" (Fusetron): Probably impossible to find now, just Copeland and others speaking backwards, but worth buying if you find it for the ransom note artwork alone.

Doo Doo Run/Puerto Rican/Whorehouse Blues/Get Along (2010-12, PPM Records): The run of PPM singles was the first burst of manic creativity and the start of Copeland’s prolific pace that continues. They’re all effectively double A-sides, with noise pop standouts “Fun Dink Death” and “Car Alarm” and “Vampires Over U.F.O. City” serving as broad, short introductions to his style for the uninitiated.

Strange Days (2010, PPM Records): His masterpiece. Like the non-sequitur cover suggests (“Popular Music of Uranus”), it’s channel surfing on an alien planet, a string of discrete bits that may not mean much on their own but in sequence form a glorious transmission. Strange Days is the most avant-garde record of his entire discography, but if you find a way in, it’s the most rewarding and unique piece of music Copeland has released. A narrative forms out of those discrete sounds, and motifs recur, welcome visits from strangled aliens long mangled and dead. Despite its pieces being totally un-tethered, Strange Days is cinematic and a focused, visionary work that often moves me to tears. It’s beautifully deranged.

Waco Taco Combo (2011, Escho): Mostly duds, diminished returns coming after Strange Days. Using the same methods and sound palette as Alien in a Garbage Dump, but most of Waco Taco Combo runs long and feels unedited and ill-considered, though this was one of the records he gave to some European label without any domestic release.

Limbo (2012, Underwater Peoples): The end of his first cycle, the culmination and clean-up of the non-quantized mess of Alien in a Garbage Dump. Opener “Double Reverse Psychology” runs through three parts evenly connected, unlike Strange Days, and the rest (especially standout “Tarzan and the Dizzy Devils”) are neatly wrapped explorations of the same sounds and structures that went a little further out on previous full-lengths. To end the era, Copeland finally recorded longtime live closer “Lemons” to close out Limbo, and from here on out, his obsession with dance music takes center stage.

Flushing Meats 7” (2012, Calico Corp): Completists only. Sketches on both sides.

Masterbater 12" (2013, DFA): Again, completists only. Maybe worth it for the black and white breast artwork.

Joke in the Hole (2013, DFA): His first pure dance record. A little too long, and ultimately not as interesting as the preceding work and the better dance records that would follow. The best thing to come out of Joke in the Hole is Panda Bear’s remix of “Cheap Treat,” an otherwise original song that uses just a couple sounds from Copeland’s original. It’s a glorious choral piece, with Panda Bear singing in falsetto exclusively.

Ms Pretzel (2014, DFA), Logo My Ego (2014, L.I.E.S.), Jesus Freak (2015, L.I.E.S.): These may as well be taken as a trilogy, where Copeland continues to dip his toes in different types of dance music while remaining cautious. It’s grip training, simple footwork, and not many individual keepers but worth exploring as a cycle and the origins of what would be developed on both volumes of Trogg Modal.

Black Bubblegum (2016, DFA): The noise pop record. It stands alone here, with every song written on acoustic guitar. Though those minimal arrangements don’t appear here, this is Copeland’s most accessible album, and the least representative of the rest of his work. But for those annoyed by the un-modulated loops of Hermaphrodite and Alien in a Garbage Dump, and equally unimpressed by the dilettante dance exercises later on, this is the one that cautious missionaries should come bearing first. “Fuck It Up” is a summer jam that could work on any boardwalk or in any nightclub—late enough.

Brooklyn Banks (2016, Palmetto Arts): Why did he shunt this off to some label in Germany that pressed less than 1000 copies? This is his best dance record, the one with the most color and personality, every track exploding with energy and excitement. The pitch-shifted voices and characters that were central to his pre-DFA work are left unsupervised here, roiling wildly over unchained rhythms and soaked in effects. This is Copeland in the sandbox versus the studio, a true after-hours masterpiece. "Twinkle" is the shit. Come on!

Courtesy, Professionalism, Respect (2016, L.I.E.S.): More exercises. Not quite for completists only, but it’s long, and more restrained and monochromatic than the superior Brooklyn Banks.

Goofballs (2017, DFA): A rare dud, mostly boring four-on-the-floor beats missing melodies. Not even for completists only, just obsessives. Save your money and find a copy of Brooklyn Banks.

Trogg Modal Vol. 1 & Vol. 2 (2018-19, DFA): Both are happy mediums between the color of Brooklyn Banks and the concision of Goofballs. “Mateo” and “Light Fantastic” thrill where Goofballs bored: paint-by-numbers techno beats with compelling, unique melodies and samples that contain the personality of stuff like “Everybody’s Libido” and “Reptilian Space Beings Shapeshifting Bloodsucking Vampires.” These two volumes are the best of his widely available dance work, though their tight compositions may have less to give than the off-the-wall Brooklyn Banks.