Rays of sunshine peer out after the storm of Tristan Welch’s 40 Hours. 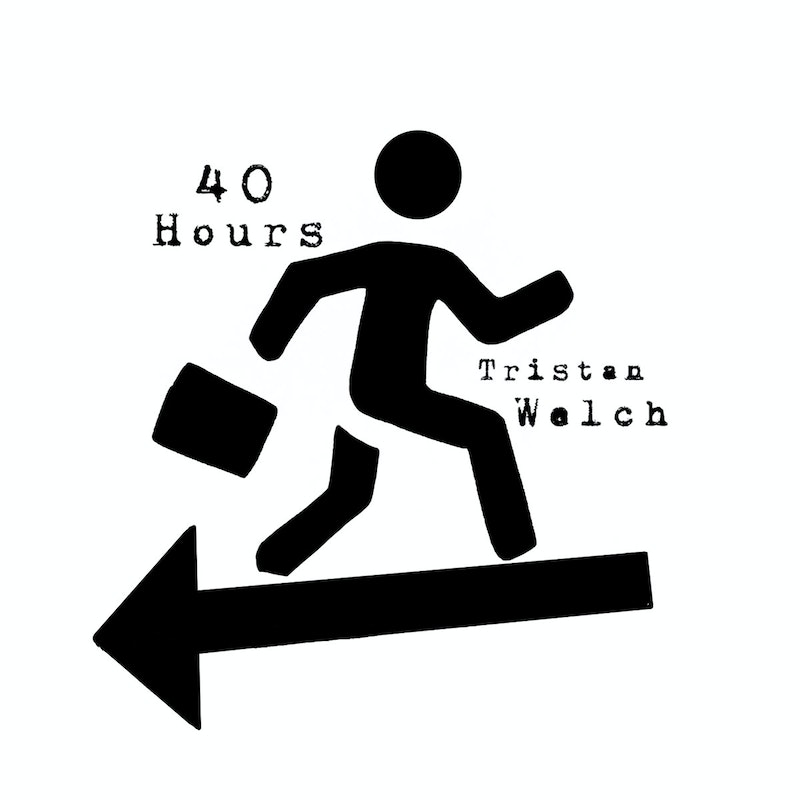 I'm drifting through an ocean of darkness, helpless as the currents lead my body. I don’t try to fight against the pull of the water; rather, I give in to its alluring tide. I like it here, where my destination is guided by nature. It's as if there's no future or past. No memories or anxieties or fear. The present is a calming force that has succumbed to me.

That's how I feel listening to Tristan Welch's 40 Hours. The self-taught DC-based artist gives us his adaptation of the 40-hour workweek. Each of the six tracks is titled after the five days of the conventional worker's schedule, plus an extra track called “(Overtime).” Though the album’s entirely instrumental, Welch’s ideas come through clearly. Sometimes it's more effective not to hear the coarseness of human voice.

40 Hours is a conceptual force of radicalism. It's a protest album, but the protests are contemplative. There’s room in Welch's music to ponder, rare in today's society. There are no opinions shoved down your throat. Welch strategically and impressively uses a sea of guitar loops to ease into a soothing mood, allowing the listener to engage in their own thoughts and ideas.

There are larger concepts that Welch conveys. Included with the record are stenciled stickers with Shepard Fairey-style graphics that read “Workplace Tyranny,” “Abolish Work,” and “Fire Your Boss.” These concepts, though not new, are still important in today's terrifying political and socioeconomic climate. These essential reminders remain relevant beyond the realms of redundancy. Every fight is a good fight as long as freedom isn’t threatened, harmony is reached, and tranquility’s finally found.

Though the themes in this album are socialistic, the music stands alone as a layered and structured movement of pure sound apart from any ideology. Guitar loops are constantly feeding off each other, growing into a grand climax and then fading away into the next act. A saxophone is played sporadically. Dressed in an ironed suit, tie, and slacks, Welch believes that art deserves full respect.

Welch uses his craft as a weapon to peacefully protest against the exploitation of workers. Welch's 40 Hours sent a warm vibration through my bones.

—You can listen or purchase Welch's record here.