Avey Tare’s Cows on Hourglass Pond and wincing through the missteps of a favorite artist. 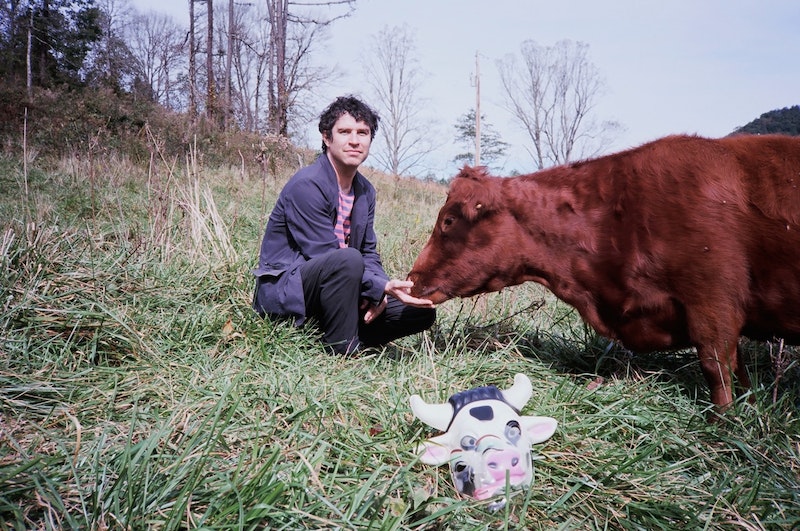 Avey Tare (David Portner) of Animal Collective has a new solo record out. It’s called Cows on Hourglass Pond. I like it—it’s the only Avey Tare solo album that’s kept my attention past two or three listens. His two collaborations with exes were better—Avey Tare’s Slasher Flicks with Enter the Slasher House in 2014 and Pullhair Rubeye with Kría Brekkan in 2007. The former is propped up by tall trees “Modern Days E” and “Little Fang,” while the latter is still bafflingly in reverse on all official, legal copies. Portner and Brekkan recorded a fantastic group of acoustic songs, and some of their best work is in there (particularly “Opis Helpus,” a lyric and a vocal every bit as powerful as anything on Feels)—and then they got stoned, saw David Lynch’s INLAND EMPIRE, and decided to throw the whole record in reverse. Though they defended it at the time, I’d like to see them say they have no regrets today. Of course you can easily hear the proper versions on YouTube, and it was easy enough in 2007 to do it yourself in Audacity, but why make such a good album so needlessly obscure? A hash lark? Really?

But I’ll lay off, it’s been 12 years. I have new qualms anyway: why did Portner shunt “Tipped in Hugs” off onto a bonus 10” that only comes with a deluxe edition of the LP? If included on the album, it’d be a highlight, and an obvious choice for a first or second single. Total “rave on” pop, laid back but comfortably assured, solid gold hooks. “Tipped in Hugs” and its B-side “Dog Says Goodbye”—another fine piece of drifting piano and melancholy singing in line with “Two Sails on a Sound” or “No More Runnin”—are for now vinyl only, languishing in relative obscurity just like Panda Bear’s 2018 masterpiece A Day with the Homies.

Portner and his band—Deakin (Josh Dibb) of the AC and Jeremy Hyman (AC’s touring drummer and former member of Slasher Flicks)—played neither at the second show of the Cows tour last Friday at the Ottobar. Their set was by some measure the worst AC related show I’ve seen, among however many (two dozen?) I’ve gone to since 2006. I was so disappointed, because the record is really good, and he obviously hasn’t “lost it,” even if Cows has no surprises. They had very strong “opening band playing their fourth gig ever” energy, and failed to win over a chatty, not-quite-capacity club crowd that completely drowned out the actual opener Nathan Bowles, his banjo almost inaudible back by the sound booth.

Shocking me and no one else, Portner brought out a bass guitar out for “Eyes On Eyes,” an instrument he and Animal Collective completely dismissed for most of their history (“What Would I Want? Sky” is still the only AC song with a bass guitar). “Nostalgia in Lemonade” and “What’s the Good Side?” are full of aging imagery, and despite the album’s bounce and brisk pace, it’s still caked in the swampy depression that characterized Down There and Eucalyptus. Call it Elliott Smith on laughing gas, or Syd Barrett in higher fidelity.

“K.C. Yours” came in the middle of the show as on the album, and its climactic “KC! KC! Doooo-do-do” screams recall the chorus of “Grass” and the bridge in “Peacebone.” It’s a really good song, and that scream remains sui generis. Portner’s voice is often his greatest asset, and even if his set sunk low, just hearing him sing is still striking. An ungenerous comparison, but I was reminded of the one time I saw Bob Dylan live, six years ago. He was terrible, as expected, but I got chills when he croaked over the PA for the first time that night.

The Avey Tare band wasn’t a disaster like Dylan, though I suppose a shitty show fits in with the AC’s mission of always trying something new.