Purple Clouds Over the World 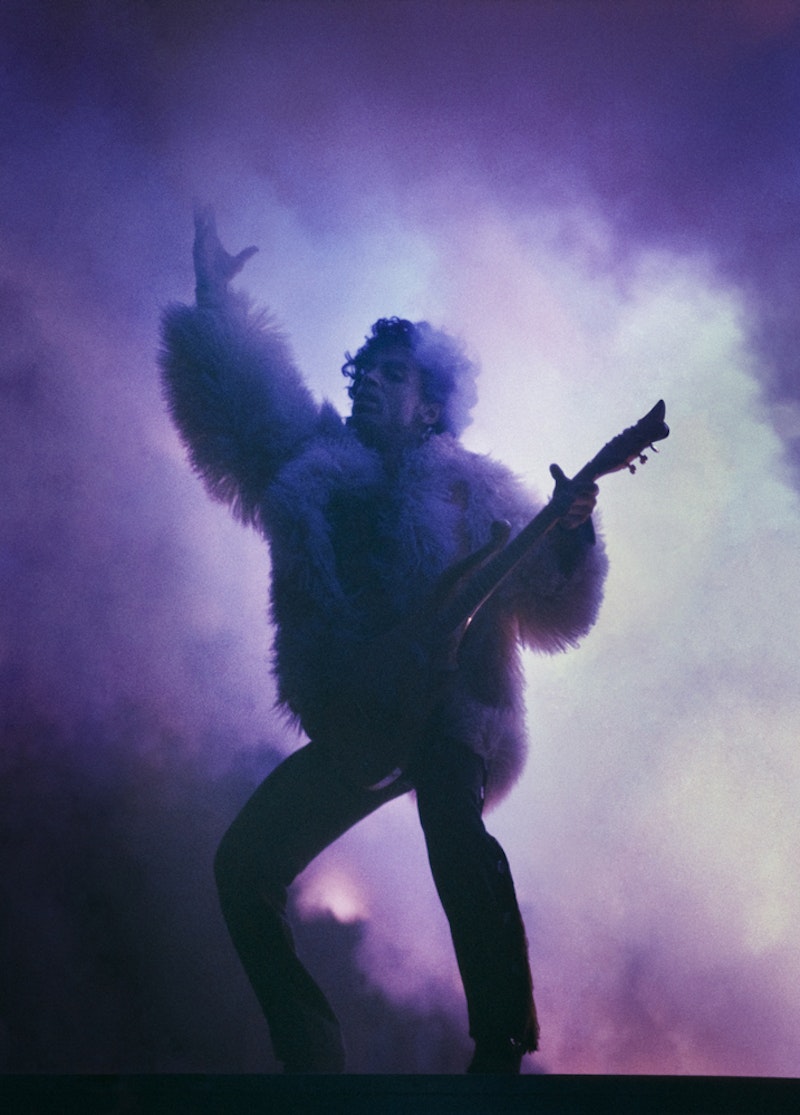 The second anniversary of Prince’s death was on Saturday. Besides a demo of “Nothing Compares 2 U” that was released on Friday, there was no homage, no tribute, no commercial fanfare, no opportunistic vault release. It still blows my mind that Prince and David Bowie died within three months of each other. I always associated the two in my head as the top of the very short list of artists that everyone liked, across all demographics: age, ethnicity, gender, cultural milieu.

Name another artist that has as much purchase as those two with a soccer mom in line at the grocery store and a dude hunched over a noise table. There are so many parallels in their careers and work, too: gender-fluidity, sudden changes and about-faces in presentation, a kaleidoscopic vision of music that blurred, borrowed, and synthesized dozens of different genres, and that their best work is neatly contained within one decade—Bowie in the 1970s, Prince in the 1980s. And then two or three decades of more obscure work that’s been reassessed and reevaluated now that they’re gone.

There’s no question Prince and Bowie are peers creatively, with just as many classic albums under their name. So why is only Bowie getting the full-on cultural homage? His image and work have been unavoidable since he died in January 2016: museum retrospectives, New York City subway tie-ins, tribute albums, and worst of all, overwrought a cappella covers of his songs (almost always “‘Heroes’”) showing up in movies and on TV. Maybe this was all planned out by the man himself—I wouldn’t be surprised if he lined up promotional events and signed off on covers and entertainment licensing while he was making Blackstar, knowing for over a year that he was going to die.

Prince’s death was unexpected: he didn’t leave a will, he left the hospital in Moline, IL a week before he died, and after years of abusing painkillers, a bad batch got him, and his intervention team was only hours away from Paisley Park. Prince didn’t have to die at 57, no one around him saw it coming, so of course there was no farewell album or statement like Blackstar, an obelisk of an album that re-contextualized Bowie’s entire career and confronted death with such dignity, grace and mystery. It’s still stunning, a work of art and a gesture that stands alone in modern pop culture history.

But so what if Prince didn’t have any last words? As noted above, he has as many classic albums as Bowie and was as influential and inspiring to such a wide swath of people. Progressive in every sense: musically, culturally (particularly the queer community), politically. When Prince wrote “SLAVE” on his cheek in the early-1990s and changed his name to an unpronounceable symbol, he wasn’t just some rock star throwing a tantrum; he was protesting the indentured servitude of major label contracts that keep artists locked in on the fast track or in limbo for a decade or more. He was hermetic and closed off, but so was Bowie in the last several years of his life. I’m just sick of the “‘Heroes’” covers. What about a theatrical re-release of the Sign ‘o’ the Times movie? Statues, monuments? Products, sure—with that vault, I know there will be a steady stream of posthumous Prince releases for decades, and often of disputed or beleaguered ownership, like the estates of Jimi Hendrix and Tupac Shakur.

Bowie and Prince were neck and neck, and I hesitate to say it’s a racial issue, precisely because Prince reached so many people and crossed over in a way that very few artists in the history of popular music have. But I can’t think of anything else stopping elegiac choir covers of “Sometimes It Snows in April” popping up on a Netflix show, or “Batdance” soundtracking the trailer for a new and unnecessary Batman movie, or a glut of covers and tribute albums bringing together dozens of artists across the spectrum. It can’t be the shock of Prince dying so soon after Bowie—people have had time to adjust. Let your purple love light shine on down. Forget a subway promotion, I want purple clouds over Minneapolis and every metropolitan city in America.