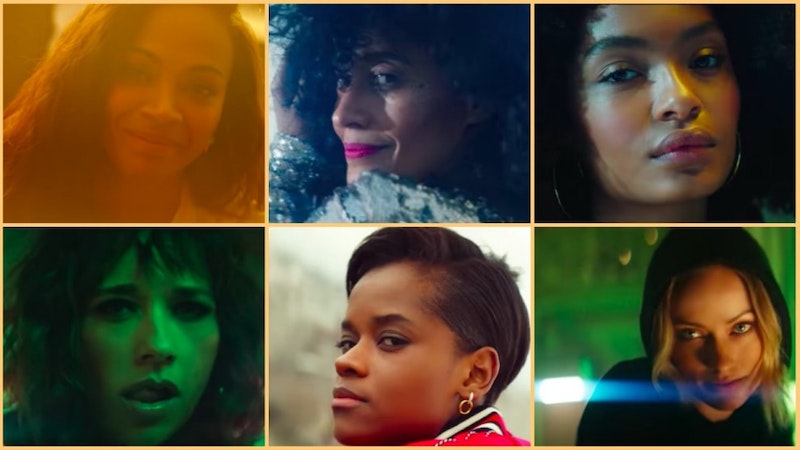 Drake, “Nice for What”

This one’s (implicitly) for the ladies. And whether that renders “Nice for What” and its video (or its video and “Nice for What,” if you prefer) acts of cynicism, condescension, #metoo opportunism, or empathy—or some compound of all four—will depend upon the audience.

Pop songs in which the presumed lives of ordinary people are duly and dully narrated, largely in second-person omniscient, are a tough sell for me; it’s an approach that signals an eagerness to pander or that the artist is running low on ideas. Yet “What” gets over the hump for a listener who doesn’t ever care to go dancing: the Lauryn Hill sample-anchored production doesn’t really need Drake, anymore than Drake needs Toronto. (At least he comes off as less of a cad here.) The beat is throwback bumptious, like a fortunate snapshot of ambient club life birthed solely to exist at DJs’ not-so-tender mercies.

“Mirror Freak” is a jungle python musling through a copse of saplings planted far too near to one another; twisty and chewy, the song refuses to concede to a single tempo because options are available. The guitars’ casualness belies what they’ll be forced to do once the drums surface and, later, when a free-jazz saxophone fanfare erupts to signal this bent reverie’s denouement. The lyrics’ lesson, meanwhile, is that when you’re depressed or extremely high, it’s best to avoid mirrors unless you’re really ready to confront who you truly are. Most people have figured that out by their late 20s, but it certainly never hurts to be reminded.

Let there be light—in squibs, in pinpricks, in echoes—then let a nexus of light consume you whole. “Emerald Rush” is like that; barely there at first, then insistent, arrogant, deceptively ubiquitous, and river-dancing so hard your speakers quake. All of a sudden this song has always been blaring, you’ve always been vaguely cowed by its intensity, Hopkins has always been gazing at you impassively from a promotional photograph he probably doesn’t even remember posing for now.

“Rush” stomps, sure, but I included the word “deceptively” in the second sentence of this paragraph; even at its most hot-house titanic, “Rush” feels pared down, skeletal, the overwhelming impression of large-scale production the result (probably) of a drone slowly cresting and (eventually) an anonymous vocal dissected and re-arrayed, delicately, into something approximating a human feeling.