The Agony of Avicii

Overexposed and underrated even in death. 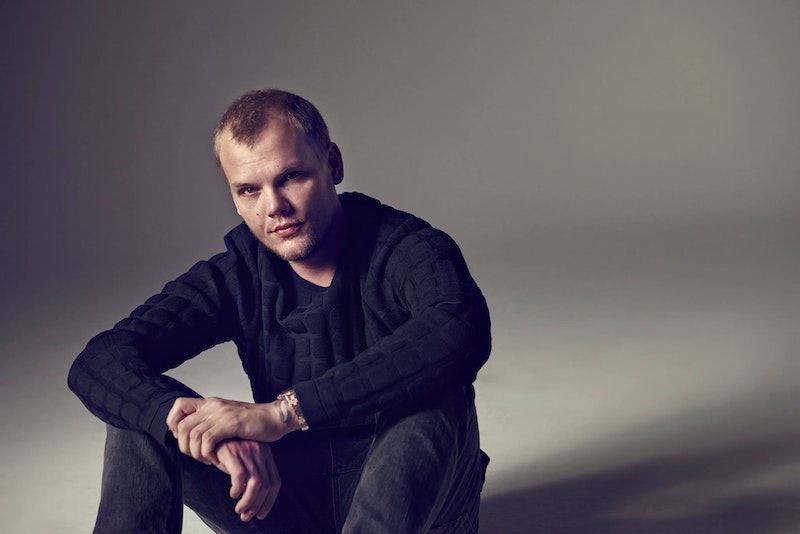 There’s a strange absence of Avicii’s death from my social networks and news feeds. Overexposed, unhip, part of a musical movement that screams “generic” to anyone with sensitive ears, Avicii just wasn’t the sort of musician that the curators of good culture bothered with. They were content to leave him to Vevo, and YouTube, and the people who buy tracks on iTunes that they could’ve just streamed instead.

Avicii was inevitable: his music fused the beats and breakdowns of modern clubbing with the whiny acoustic anthems of modern radio. If you drove to the club, stayed out all night, and then put in your earbuds to listen to True in the Uber back home, you were hearing a perfect distillation of the whole night’s soundtrack.

His death hasn’t been accounted for yet, but it’s pretty clear he was running himself ragged. At 21, diagnosed with severe pancreatitis brought on by drinking, he pulled back from the spotlight and the endless round of gigs and parties, trying to keep himself alive and productive. That was in 2012. One year later he released True. Then, three years later, he followed up with Stories, a terrible album that did poorly. Whatever the phenomenon of True might have meant, it was already over.

But what will history make of True and the singles that squeaked out after it? While it’s too soon to tell, I have a suspicion that those tracks aren’t going anywhere. His death feels like one of the most inevitable collapses in recent musical history, on par with Leonard Cohen singing himself into the darkness of the grave, or Elliott Smith taking his own life. Everyone has to die, but not everyone has the courage to admit that death is coming. It takes an artist to take Death by the hand and craft a story in its shadow. True—which will soon be superseded by anthologies that sum up his whole output in two hours—is one of those albums that looks quietly beyond its creator’s life, to the shared life we discover through the cultural moments that happen to coincide with our lives.

Like punk, Avicii’s music expresses the hell that his audience lives through on a daily basis. Punk is the more direct of the two, and runs on the high-octane ideology of absolute negativity. At the other extreme is Electronic Dance Music, or EDM, a genre so strung out on the lowest common denominator that it feels compelled to fully disclose that it’s made with electronic instruments, as if this hasn’t been true of all dance music since disco. Where punk is screaming out negation, EDM is the overripe fruit of rave culture hitting the mainstream, and puts a utopian spin on everything it touches. All people are good, all nights last forever, all love is a higher power, and no one ever really dies. The radical, saccharine positivity that radiates from EDM has an unmistakable despair running beneath and alongside it. Imagine you knew that you were making music for those few nights, out of an entire life, when your listener feels anything is possible. The reason why doesn’t matter: maybe this is the big Vegas vacation, the first night on molly, or the college bacchanal. It’s the bachelorette party or it’s the actual wedding night. Whichever it is, wouldn’t you try to say something nice?

Of course you would, and that’s what Avicii did, churning out anthems with sugary vocals that didn’t mean anything—so that they could, however briefly, mean everything to someone. But what enters his voice with the quantum leap of True is something else altogether, something anxious and disgusted, like a hangover he keeps trying to abjure. That feeling persists in the singles that followed. “You had a chance and you took it on me/And I made a promise I couldn’t keep,” Robbie Williams admits on “The Days,” before concluding with oily optimism: “These are the days we won’t regret.” On “The Nights,” the perspective is that of the father, who warns his son that “Your wild heart will live for younger days.” Avicii set all this up on the first track of True, with the blockbuster lyrics of “Wake Me Up”: “All this time I was finding myself/and I didn’t know I was lost.” That sums up the psychology of EDM. It’s the music that we listen to when we’re young and think we’re perfectly happy; later, it’s the best we can do to look back on those wasted hours, in fits of nostalgia, and chalk them up to self-discovery.

Avicii wrote lyrics about his family in a genre dominated by stories of club romance. It’s also easy to recognize his instrumental breaks—full of busy, sentimental noodling, they are contented and vibrant to the point of idiocy. But these are superficial trademarks; as I see it, Avicii’s best songs could only be completed by his death, and they will be his legacy. They toy with departing for new musical horizons, then beat a hasty retreat into EDM thumping. They are by turns depressed, resigned, and defiant about the hedonism that boxes Avicii in on all sides. Defiance carries the day, however, and there are no unhappy endings. Avicii dwelt in absurd positivity. That requires mental gymnastics that only the very young and very intoxicated can maintain.

I keep going back to the fact that Avicii’s death isn’t meaningful to so many people who, by virtue of their aesthetic fixations, morbidly celebrate the life and death of figures like Cohen or Kurt Cobain. In Avicii we have the perfect realization of a foolish life carried to the point of exhaustion, cynicism, and illness. While he eventually let those darker emotions surface in his music, he couldn’t abide them. Something always pulled him back to the slick, insincere sound of life lived euphorically. To hear Avicii’s best music is to witness the drama of someone living a lie, waking up to the truth, and then going right back to sleep: “They say that life will pass me by/if I don’t open up my eyes/Well, that’s fine by me.” There are truths, says Avicii, that are not to be borne. There are lies that ought to be true. In a world where we die before we can ever know what might have been, or what is really possible, we have the right to prefer our illusions, looking back fondly on the nights when they were in fullest bloom.

Read his shaky interview after the spell of pancreatitis. There’s no doubt Avicii knew. Those nights that never die were adding up. They were going to kill him. I can’t imagine the courage it took to unlearn that.