New avant pop by The Submissives and Ashley Paul. 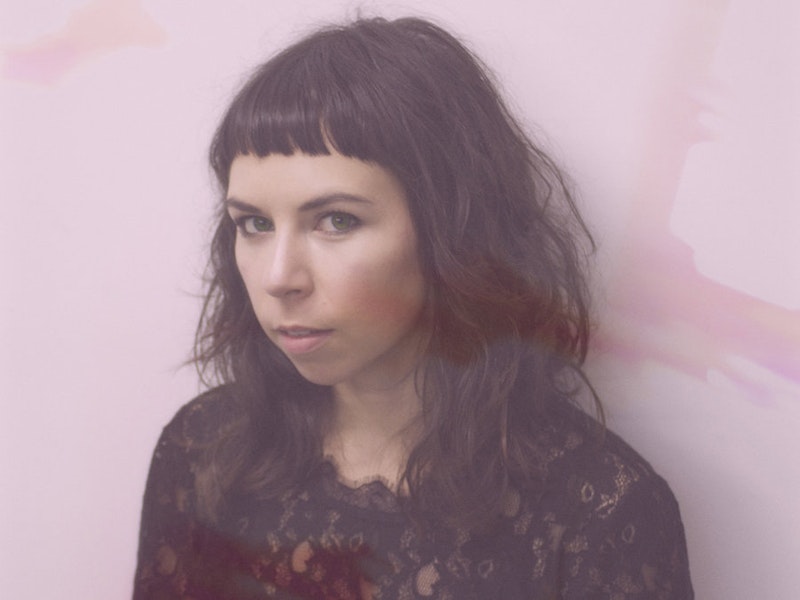 Challenging avant-garde music is usually defined by its distance from pop song structures. Dissonant free jazz, minimalist microtones, or the blaring textured static of harsh noise wall all create louder or faster music experiences that have little to do with the pleasures of pop hooks or sweet harmonies.

When you add pop hooks or sweet harmonies to your avant-garde weirdness, the results get more, not less, weird. Two recent albums, Ashley Paul's Lost in Shadows (Slip) and the Submissives' Pining for a Boy (Egg Paper) mix experimental music and pop into sweet, broken not-quite-radio-ready sort-of singles. Pop and avant-garde fight it out, and both emerge misshapen.

The American, UK based musician Ashley Paul, began her career as a saxophonist; she had dreams of being a jazz musician. Eventually she shifted to guitar, and an idiosyncratic singer-songwriter. There are parallels with Joni Mitchell's jazz-fusion experiments, but Lost in Shadows is both sweeter and more abrasive. Syd Barrett's child-like flirtations with madness are a likely touchstone.

"Delirium" sets a repetitive, meditative, slow lullaby against free jazz horns and dissonant piercing tones—Paul created the album soon after becoming a mother, and the track comes off as a half-affectionate, half-desperate nod to early parenthood sleep deprivation. "Bounce Bounce” is built around a cute tuba motif, the catchy, mellow tune contrasting with horn shrieks that drill into your brain. "Blanquita" is a tribute to her baby, "Velvet skin/milk white Blanquita," she murmurs, as the background gently strums, burps and staggers before settling down into random abstraction. "Night Howl" slides even closer to ambience, "Night howls/the crying wind," Paul sings, multi-tracking her voice so it sounds like its shivering, or being blown apart. The guitar and horn leaving so much space between notes that it sounds like a Webern composition, until the cello comes in towards the ends, a la Nick Drake. It's a pretty portrait of its own twilight dissolution.

Ashley Paul's juxtaposition of folk with free jazz and classical experimentation is unusual, but Deb Edison's work is even more disorienting. The Montreal-based performer, who records as The Submissives, makes sweet indie-pop that collapses in on itself. Edison doesn't quite attain the every-note-is-wrong unlistenability of the Shaggs, but the 24-minute Pining for a Boy is still impressively, and pleasantly, painful.

The title track is a girl group lament on significant amounts of heroin; the song moves through molasses, trying to catch up with itself, as a violin saws out of tune and the guitar repeats the same out of key figure over and over. "Why am I pining for a/boy who doesn't love me?/why am I pining for a/boy who doesn't love me?" she sighs. "There is no other thing/besides my love that I can think of." Desperate affection teeters on the edge of schizophrenia, before the track stops arbitrarily, like a smashed clock giving its last anemic ticks.

"Is It What You Wanted?" manages to pick up the pace slightly; Edison multi-tracks her vocals to add off kilter harmonies and her guitar skitters to keep up, an eerily jaunty circus tune. "I can't help but feeling/a little bit uneasy/even when you tell me/our love is light and breezy," she sings. The lightness and the breeziness are what make it so uneasy; the song is like a smile with its brain scooped out by a melon-baller.

"Don't Worry" makes the Velvet Underground influence explicit, with a melody nicked from Sterling Morrison and the violin sawing away a la John Cale. The retro touch is a reminder that the conflation of pop and avant-garde isn't a recent innovation. It's jarring though. Music that goes its own way can be difficult to follow, but there's something especially unsettling about music that wants to reach you, but gets lost along the way.