Music on the Horizon

A preview of September releases by Shannon Lay, L'Rain, and SPELLLING. 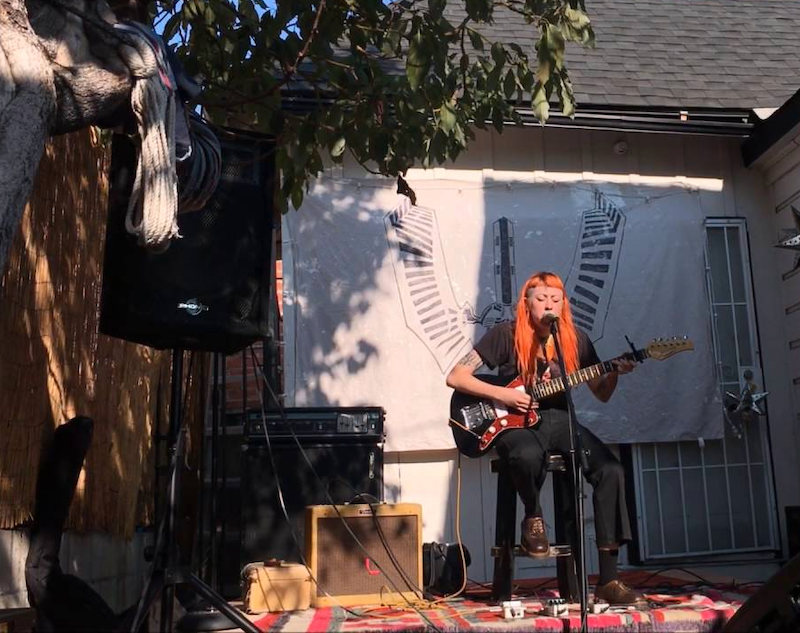 Los Angeles acoustic folk singer/guitarist Shannon Lay had an excellent album out in February of this year; acoustic guitar, and gentle, multi-tracked vocals. The one available song from the forthcoming Living Water sounds even better. "The Moon's Detriment" has the liquid, effervescent grace of early Iron and Wine, or the best of Sufjan Stevens. Producer Emmett Kelly dials back the echoey effects, letting the Donovanesque quaver in Lay's voice fill up the space, and adding some Nick Drake inspired cello. "Eyes pour through/like an eager new river channel/eyes for you/like an early morning ritual." Vashti Bunyan, Linda Perhacs, and all the elves and faeries flutter and nod among the primroses. If you hate dreamy hippie music, you’ll want to give this a wide berth. Everyone else should pre-order it now.

Brooklyn-based L'Rain, aka Taja Cheek, is credited as "Composer, P​roducer, ​Keyboards, Synths, ​Electric Guitar, ​Bass Guitar, ​​​Vocals, Samples, ​Percussion" on her debut album. If that sounds like a lot—well, the record is full to bursting as well. Mainstream pop is more stripped-down in the 2010s, opting for an emptier, less cluttered sound compared to the opulent plastic sugar delivery system of the early 2000s. L'Rain is going in the other direction—her music is a flood of melody and effects.

Early track "Stay, Go (Go, Stay!)" starts out with Cheek singing an R&B hook while people in the studio chatter and clank behind her—but the amateurish clutter quickly gives way to rapturous dream pop, with L'Rain's jazzy vocals soaring through washes of sound and off-kilter percussion. Then the vocals slow down in distortion as more effects strobe and burble. "A Toes (Shelf Inside Your Head)" is built around a gentle swaying melody that could’ve been nipped from Shannon Lay's album, but it’s festooned with layers of production effects, voices whispering on the edge of turning into electronic nonsense, like an Enya cassette left out in the sun too long, or My Bloody Valentine determined to make just as much noise even without the guitar feedback. If the rest of the album is anything like the songs we've got so far, this will be one of the best albums of the year.

L'Rain turns R&B into overflowing orchestral indie electro-pop. Oakland's SPELLLING opts to make ambient spooky darkwave into soul—though her control over the result is even more all-encompassing than L'Rain's, since she’s the sole singer, musician, and producer on the album. Early track "Phantom Farewell" uses a spooky organ riff, dragging beats, and a whispered multi-tracked vocal—a haunted house with Bach lurching around in a Timbaland skinsuit. Keyboards burp on "Live With Me"; the track sounds like a futuristic robot cabaret experiencing power outages. The real masterpiece, though, is "Black Wax." Using fewer effects, lead vocalist SPELLLING sings, "I only have one body/I give it to you," as the multi-tracked chorus of SPELLLINGs whispers "mmmm-hmmmm."

Then the singer goes down to the shivering bottom of her range, "Put a record on/put a record on/black wax/black wax." Without imitating or really sounding like them, SPELLLING channels the sophisticated, sensual sting of Julie London's "Cry Me a River" or June Christy's "Something Cool"; low lights, smoke, lipstick, and some world-weary electronic mannequin who has wandered in from a Kraftwerk performance. I could listen to "Black Wax" over and over—which is what I'll be doing for the next week until the full length comes out.