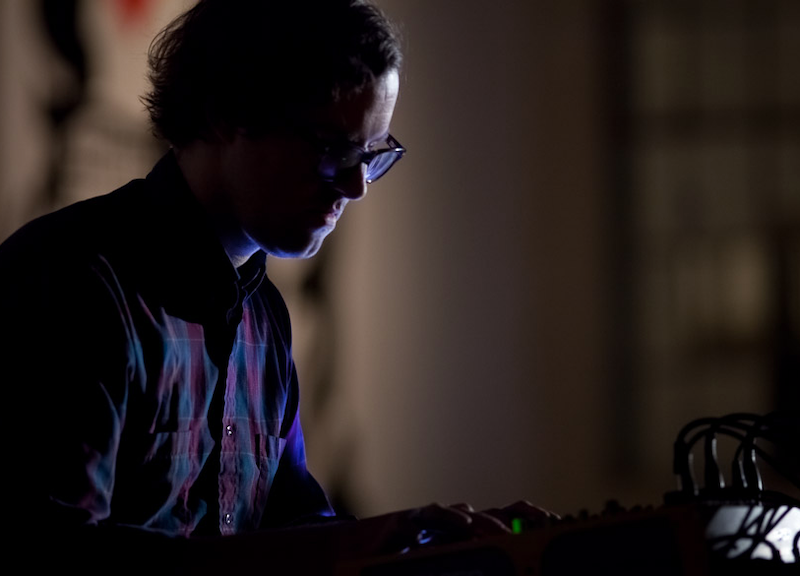 There’s nothing quite like a patented Wiese mindfuck to get the week off to a great start. After a few minutes spent blissing out on the dreamiest of ambient waves, Escaped Language dismisses liquidity and lunges for tactility. What that equates to in real terms: incoherent figures draped in prison chains, tense (figurative) dragons, multiple eight-track machines left running in the midst of warp-drive travel. Mulched lovingly together, the effect is one third M.C. Escher, one third light/prism trickery, one third whichever psychedelic Fantastic Four issue that happened to origami your consciousness first. Applause erupts at the very end—some of that’s recorded, some of it may well not be.

Jason Lescalleet, This Is What I Do Volume 18 (Glistening Examples)

A sublime sonic field of (mostly) swum drones, samples, and crickets anchored by a pair of well-chosen sound bites recalling the Reagan era more honestly than popular nostalgia and bookended by a knowing John Cage cover, This Is What I Do Volume 18 carries with it buried directives. Specifically: tune out and then reflect. Reflect on what? That’s up to you. An alternative opening to this review explored some notion of the tug-o-war between a creator’s intent and a listener’s interpretation; this listener experienced—or, rather, experiences—a call to meditation herein. Because for long stretches a microscopic quiescence reigns supreme it becomes necessary to focus, to mentally trace gently ballooning tones, to grasp the grand design. That effort doubles as its own reward.

They’re violently colorful, yet a light-collapsing darkness is chewing at the undersides of Vanishing Light’s many right-angled drones. A calm sometimes holds sway—see “Manifestation of the Diamond,” a contextual sigh if there is one—but maximalism reigns here. If my initial, knee-jerk impression was of over-exposure—simply too much blare, the chords whorled echoed and smothering, the end of the world—repeat plays would uncover something more nourishing, more crying pool, more eternally phantastical. What I began to hear were ghosts.