Thawing of the Terminally Cool 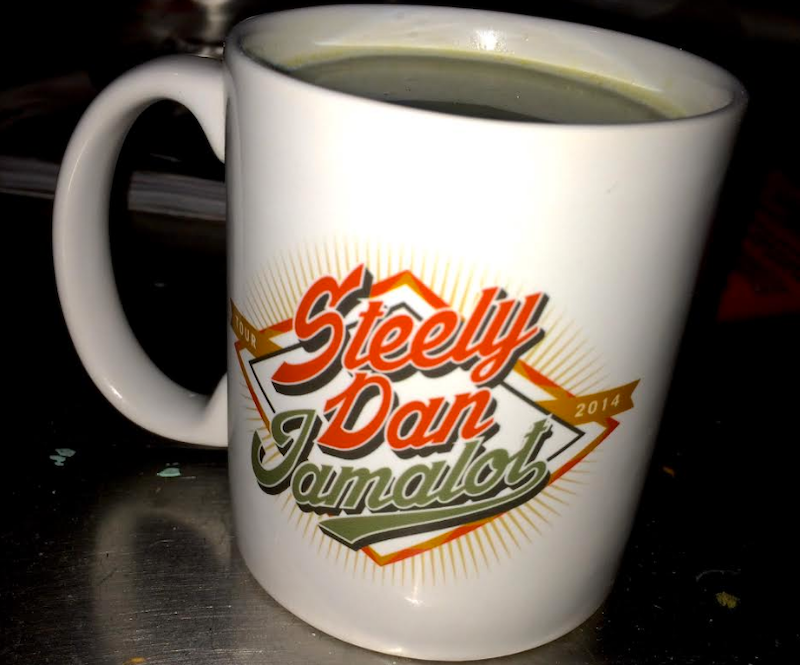 “Coolness is having courage/Courage to do what’s right/and try to remember always/Just to have a good time.” I’m so glad I didn’t end up making that my quote in the yearbook my senior of high school. Noah Lennox’s mantra, the chorus of “Comfy in Nautica” and the opening salvo on his seminal sample-based masterpiece Person Pitch, still rings true. What a turnaround from the insufferable posturing of Pavement, Animal Collective’s teenage heroes, who made a career out of shunning anything resembling an earnest emotion and instead chose to pose for all the other indie flamingos too scared to play an Echo & the Bunnymen cover or admit that they liked Aerosmith.

I was jolted out of sleep yesterday morning by calls from my dad and my best friend about the death of Steely Dan co-founder Walter Becker, which for me, is a loss on the level with the giants we lost last year. Despite their po-faced delivery, ironic detachment, and inimitable cool, Donald Fagen and especially Becker were so endearing in their old age, always on a never-ending tour celebrating their legacy and playing the brilliant material from the second half of their career in the 1970s to younger and younger heads every year. I saw them nearly three years ago at Baltimore’s Pier Six, the perfect setting for a Steely Dan show: on the lawn amongst yuppies, yippies, burnouts, and investment bankers, with every balcony of all the hotels surrounding Pier Six crowded with people. It was the hit-parade, with a bizarre 10-minute creepy uncle rant by Becker in the middle of “Daddy Don’t Live in That New York City No More.” My friends and I have tickets to see Steely Dan at the same venue next month, and I’m glad that Fagen has decided to continue on: “I intend to keep the music we created together alive as long as I can with the Steely Dan band.”

Mourning Becker’s death was a curious thing to watch, because Steely Dan was always the antithesis of 1960s-utopian love-ins, snide and cynical and world weary, void of romance. Perhaps my favorite tribute was this tweet, featuring a hilarious description of Steely Dan’s very specific iconography and semiotics: "Honestly sad about Walter Becker and am also too irony poisoned to think of a more fitting tribute than this." Becker also wasn’t the icon that Prince, Bowie, George Michael or even Gregg Allman were—Steely Dan, especially after 1974, were more of a conceptual framework than a real rock band. Fagen’s decision—presumably mutual between him and Becker, considering the latter’s ill health earlier this year—makes complete sense, and isn’t at all analogous to Pete Townshend and Roger Daltrey continually retiring and reforming, even after the death of The Who’s bassist Pete Entwistle in 2002. Time and old age have mellowed even the most pretentious heads of Steely Dan’s studio heyday, and I’m sure the same will happen to Stephen Malkmus and his coterie, if it hasn’t happened already.

Coolness was on my mind this weekend before I heard about Becker’s death: James Murphy and LCD Soundsystem have returned after a six-year “breakup” with a new album called American Dream, and while the album is getting surprisingly positive reviews, people still have reservations about a band reuniting only six years after throwing themselves a massive going away show at Madison Square Garden (preceded by five warmup shows at Manhattan’s cavernous Terminal 5 club), which was promptly followed by a documentary and a live album just a few years ago. Many people went (rightfully) right down Murphy and co.’s throats after they officially reunited in January 2016, but I have no horse in this race, and as a supporter and champion of Billy Corgan, perhaps the most egregious abuser of the term “reunion” in rock history, I don’t have a leg to stand on here.

To my ears, most of American Dream is a pretty blatant Remain in Light rip-off, right down to specific chorus melodies lifted from “Crosseyed and Painless” and “Born Under Punches.” To some people, Murphy and his band are as toxic and loaded a subject as Lena Dunham or, erm, Pavement, but I enjoyed their brief but bright run in the aughts, especially the songs “Someone Great,” “Dance Yrself Clean,” and “Sound of Silver.” But Murphy’s masterstroke was releasing “Losing My Edge”—an eight-minute dismantling of the rock snob cliché embodied by Jack Black’s character in High Fidelity—as LCD Soundsystem’s first song ever. Not only is it conceptually brilliant, the song is utterly compelling and unlike anything else they’ve done since, and doubly impressive for proving its own point whenever someone says “it’s all been downhill for them since ‘Losing My Edge.’”

But “Losing My Edge” was not without precedent. “Deacon Blues,” the epic seven-minute side one closer on Steely Dan’s Aja, will forever be the prototypical hipster paean, a song about a suburbanite that feels like a fraud sitting in a Manhattan jazz club, working up the courage to get up on the stage and learn to work the saxophone. It’s never made clear whether or not he makes it up there, or if it all remains a fantasy, but in his mind, he’s Charlie Parker, he’s Ornette Coleman, he’s John Coltrane (“Shit, cat”). There’s a pathos and an earnestness in “Deacon Blues” that separates it from the rest of their catalogue, and is more effective in its communication than the overly earnest and gushing tenor of all of LCD Soundsystem’s records after the self-titled debut (“All My Friends” is especially cloying—“New York I Love You, But You’re Bringing Me Down” is unlistenable).

With "Deacon Blues" and the sublime instrumental beauty and power of the song “Aja," Becker and Fagen nailed the frozen-over soul of the disaffected and terminally cool in 1977, years before Malkmus and Sonic Youth and everyone lampooned in “Losing My Edge” knew how to dress and how to follow the code. Steely Dan’s unpretentious reunion and steady work ethic—they reunited in 1993 and toured nearly every year since—showed the heart of the Grinch had grown, and all that cool hunter dross was rightfully tossed aside in favor of what’s actually important and what will last: the music. I wish Fagen all the best in his mission, and I can’t wait to see him and the Steely Dan band in October.