The author follows up his first scene report with a trip to Ohio's PepperTown, an Omar Souleyman show in Detroit and more Michigan adventures. 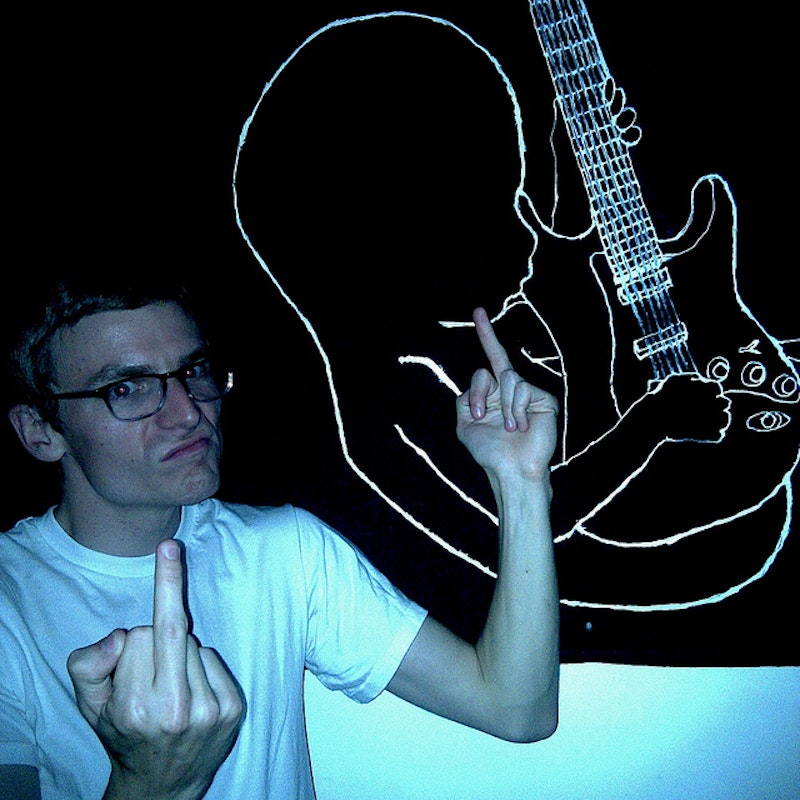 Hey good looking. What’s cooking? It’s funny that I say that because it’s summer here in the Midwest and everything is cooking. You can’t imagine the heat here during the summer but perhaps you heard that heat gives people the crazies. If you’ve ever been to the Midwest, you know it’s the craziest part of the country! We all need to find ways to keep cool and someone invented a delicious new kind of food: it’s a chilled “salsa soup.” There’s nothing in the world like a good chilled “salsa soup” thing! I’m not sure if it has an official name yet but it’s basically salsa in a bowl. When paired with a Jamaican lager, one is struck by a profound vanilla sensation in their mouth! But enough about food because I hate talking about food!

So let’s get to it: it’s another day in heaven (re: the Midwest) and I can’t tell you how excited I am about some of the happenings happening ‘round these parts. Last week I said I’d be covering a new underground venue in Ohio called PepperTown. This was a mistake and I feel like a fool! The city is Peppertown and the venue is called ELL ESS DEE. It’s located inside of the former Lazy Susan Delaware outlet store and run by three wonderful women: Donna, Mandy & Lacey Girl.

The gals took the name & ran with it! Upon entering ELL ESS DEE, each attendee is given a daylily dosed with liquid acid. Maybe this already sounds like the best venue in the world but I can’t remember a darn thing about the bands that played although I do know their names: Jagger Vs. Richards, The Reptile Receptacle, and Pants In A Hurry. I can remember the vibe and the body buzz like it was a week ago (here’s the thing: it was!). I think the show was good. I don’t remember paying a cover but I must have. I was confused so I asked Donna about their policies regarding an underground venue.

We’re not into charging money at the door, she said. That kind of capitalist horseshit is for corny bars. Money just straight up looks like a rectangle of puke to me, she continued.

I liked the cut of her jib but my buzz was freaking hard so I went out into the night. The night looked majestic and peculiar. I saw a blue house. There was a window I could see into. Through the window, I could see a woman slapping a man seated in a chair. It looked like he was laughing. He was laughing so hard he was shaking. I laughed too but for a different reason.

Eventually I was able to make it back to Ann Arbor in time for a party. Maybe I shouldn’t go to a party in my condition, I thought. My condition was getting more acid-y now that I wasn’t driving. I decided to stop by the party anyway. There was a DJ with a single turntable piled high atop a stack of books. The host approached me. I’m sorry for the turnout, he said. I’m having a hard time keeping my lid on, I said. Then I thought:

That groove is deadly and we should just slip in, like a warm pool. You wouldn't know a diamond if you held it in your hand, yet you’re the kind of guy who would burn his genitals for a free pack of smokes. Pass me a joint during a Steve Miller song and I'll let that shit just sail by. This room is filled with strange lights & people screaming; their faces like southern gators, their mouths filled with cavities. Middle class is awful. If this is what the rest of my life is going to be like then I’m fuckin’ dead.

Then Sweet showed up. Sweet is a notorious Ann Arbor drug dealer. He said someone just tried to beat him up. He said it happened at a show that I had forgotten was taking place. I left the party and headed straight for the show. It was at a tasty comic book shop called Vault of Midnight where they were hosting the band Anonymous Touch.

Anonymous Touch. These guys are remarkable for at least two reasons: the singer, Charles Trees, sometimes plays “mixer.” That is, he plays enjoyable solos using only feedback and the mixer. The other thing: their second guitarist, Sam, plays guitar with little stones instead of a plectrum. A layer peeled off my brain when I saw the latter occur. Then I went home and went to sleep.

A week before this all happened, Omar Souleyman came to Detroit for the second time ever. I was almost nervous. I ran into Chris Pottinger, a.k.a. Cotton Museum who said: I wonder if these whites are gonna dance or just stand around tonight. I’m happy to report that some whites did indeed dance.

After the show, Nick George and the fellows of the zesty venue Scrummage Vision put on an international dance party with a DJ named Brian Hill and me on “the wheels of metal” (re: turntables!). Brian Hill’s collection was impeccable. It was insane, actually. Turkish psych, cumbia—all on original 45 rpm discs. I hear DJs using words like “deep” and “heads” to describe other DJs and while this fellow was both, what’s wrong with “thorough” or “knowledgeable”? There are so many great words in the English language, everybody—let’s get with it!

I caught wind of an after-after party taking place at an old funeral home across town. I came in the room and said the whole gang is here! There were large windows with heavy cloth drapes. It didn’t feel morbid. Everyone was just smoking cigarettes in there. A guy had a blank piece of paper pinned to his lapel. I said, what's that mean? He glared at me like a crook. He raised his hand, rubbing his index finger and thumb. If it had been his index finger AND his middle finger and thumb I would have thought one thing: MONEY. But I didn't know what this meant.

I've got a little mosquito, he said. Right here, he said. Do you know about The Bull and The Mosquito?