Reviewing the latest from the white female British soul singer with an earthy voice who wasn't killed by a substance abuse problem. 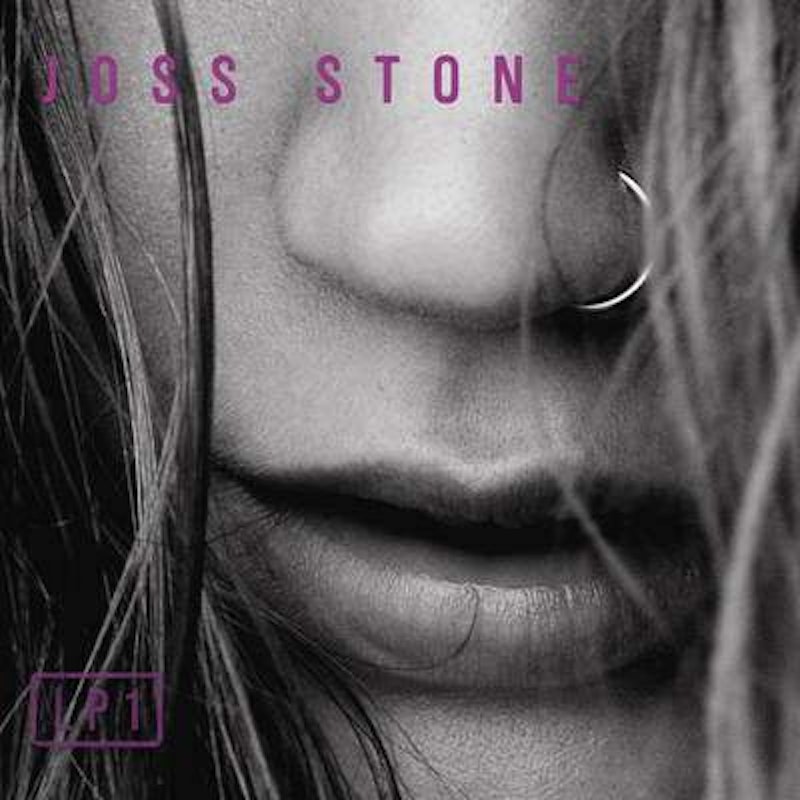 Due to circumstances beyond her control, Joss Stone’s most recent release, LP1, rather helplessly reminds us that she is the contemporary white girl British soul singer with the earthy voice who was not killed by a withering substance abuse problem. And who makes kind of mediocre music.

Certainly, Stone is a lot less critically respected than Amy Winehouse. I’m not sure that that’s entirely fair though. Stone’s singing is arguably as impressive as her more famous countrywoman’s was. When Stone declares, “Now that it’s on/my love is so strong,” on LP1’s “Landlord,” her rough tones drip sex all over the pro forma lyrics and de rigueur acoustic backing. On “Picnic for Two,” Dave Stewart sounds pleasant enough, but he’s no match for Stone, who crushes his friendly hippie vibe under a mountain of earth mother soul.

So what exactly did Winehouse have that Stone doesn’t? A lot of people would say a hard knock life. Compared to most people, Stone’s lived a charmed existence; her music career kicked off when she was in her teens, and she’s been rich and famous since. She hasn’t even had any real tabloid-worthy apocalyptically horrible romantic relationships. Stone lacks the real, deep understanding of pain that Winehouse learned about at the business end of a needle. Winehouse’s music is better because she suffered.

Or so some might say. I think the truth is more mundane. What Winehouse had that Stone doesn’t is songwriting skills—and, especially, superior collaborators. Winehouse’s first album, Frank, shows some signs of fire, but tends to dissipate into undifferentiated neo-jazzy filigree. It was only with her second effort, Back to Black, that she found Mark Ronson and made her reputation. His production gave Winehouse a retro-backing with unmatchable authority—and it’s that authority which helped her achieve greatness, not the heroin. “Rehab” without that propulsive hook wouldn’t be “Rehab,” no matter how much Winehouse had gone through to sing it.

Stone, too, like virtually all musicians, has been to a large extent at the mercy of the people she works with. Her first album, recorded in 2003 when she was 16, was a collaboration with Miami soul legend Betty Wright. Wright brought along fellow musicians from the Miami scene and helped pick out some classic neglected soul tracks, and the teenaged Stone rose to the occasion with vocals tough and commanding enough to make you think she knew about hurt. On “The Chokin’ Kind” her desperation is set off by the ironic sweetness of the backing vocals. On “Some Kind of Wonderful” her voice oozes flirtatiously in and out of the slow-boiling funk.

LP1 doesn’t have Betty Wright, and it doesn’t have much in the way of enjoyable music either. Stone still sounds like Stone, but instead of classic soul, she wastes her pipes on formless middle-of-the-road rock and quasi-country dreck. She’s a good enough singer that it’s not completely unlistenable… just mostly.

Again, the problem isn’t that Stone hasn’t lived enough. On the contrary, she sounded great when she had lived least; before she was even out of high school and long before she had the nose ring that she displays so prominently on her most recent album cover.

Living hard didn’t exactly help Winehouse’s music either. Maybe she was more talented than Stone, but all the talent in the world doesn’t do you much good if you can’t get your shit together. Since 2006, Stone’s released three albums, at least one of which, 2007’s Introducing Joss Stone, had some decent moments. In that same time, Winehouse released nothing.

There’s no doubt that Winehouse was able to vividly chronicle her messy life. People like to watch train wrecks, and that probably contributed in some degree to her popular appeal. But as far as aesthetics go, Winehouse’s success was, like Joss Stone’s, much more dependent on writing good songs and working with other talented people than it was on “keeping it real,” whatever that might mean. Stone’s problem in LP1 isn’t that she’s not deep enough; it’s that she recorded a bunch of crappy songs. Maybe next time she’ll get together with, say, the Dap-Kings and make music worthy of her voice. Winehouse, alas, will never again make music worthy of hers.