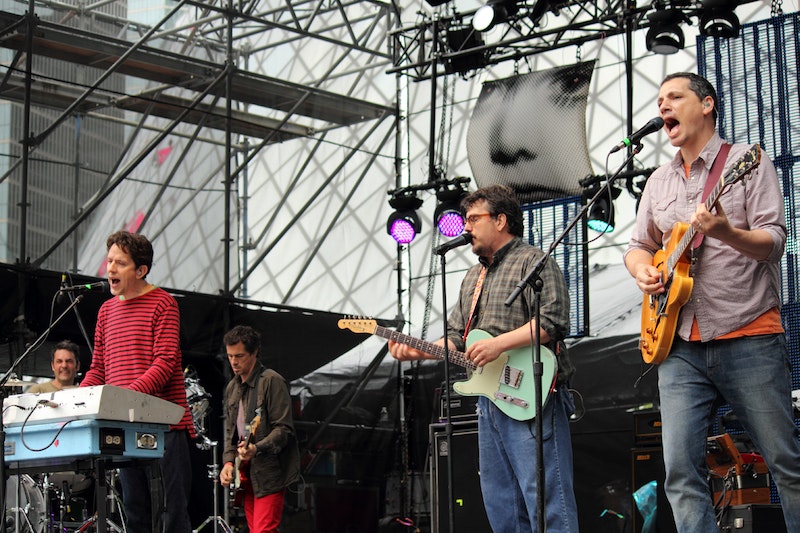 They Might Be Giants have always been synonymous with youthful, experimental exuberance: music that transcended genre and age and appealed to the best in anyone. It works its way into you through an insightful metaphor using everyday objects, or a melody so infectious that it burrows into the warmest part of your brain and always pays its rent on time.

Given their unique oeuvre, it was a completely natural transition when TMBG started writing albums for kids. After all, this is a band that has written extremely memorable, trans-generational songs about what it means to be a mammal, the political triumphs of James K. Polk and the experiments of Pavlov. Informational, fun jabs at history and science have always been enjoyable stops along the way, and colorful doorways into a world of intellect slightly ahead of any grade level. TMBG’s newer collection of albums for the elementary school set are great, and often just as musically complex as their classic works—but they’ve seemed to tear a rift in the familiar essence of TMBG.

Let’s break it down, appropriately, nerd-style: it’s like when a superhero is hit with a raygun and somehow divided into two beings which represent divergent aspects of the whole character. Superman’s two proxies emerge, one representing his gentle altruism and one representing his violent power. Both have their untempered, inherently positive attributes—but ultimately, they each completely fail at being Superman. Eventually, the two aspects recombine and we get our good ol’ Superman back, both good and strong. With Join Us, TMBG have been irradiated by this personality-altering raygun, and have marked the sharp divide between their youthful exuberance and their adult sensibilities. These two personas don’t meet in the middle just yet. While the album’s title implies a Borg-like command to assimilate into the John & John collective, it’s just as easily a desperate plea from both of these TMBG analogues to become a single, whole being again.

And since when does TMBG call people “dicks”?

TMBG’s previous album, The Else, incorporated a handful of memorable cuts, but the real gold was found on an album’s worth of bonus tracks: fun, quirky, vibrant, exciting stuff that came from the core of The Johns just being themselves. Join Us severs those last tethers and leaves us hovering on the edge of weirdo adult contemporary. Guitars are softened, melodies never really do anything unexpected, soft choruses refrain from the background without a hint of irony, and the lyrics don’t stick to anything. It’s a very carefully constructed, meticulously mastered collection of songs. Many of the songs fall ominously close to the Tori Amos school of Random Word Generator Songwriting, a stream of consciousness that conjures too many things per sentence.

“It’s like I’m making cloisonné
Chokin’ on my dust with my three blind cats
You have a friend in law enforcement.”

It’s an inside joke to which we’re never granted admission. There is an amazing benefit to these lyrical techniques however: these are stunningly visual songs. Every song is a cartoon waiting to be animated, a short film featuring a range of awesome characters living out each heavy-handed, thick-gloved metaphor and exalted, repeated turn of phrase. And TMBG are great at visuals. If anything, Join Us is a stunning soundtrack to things-yet-uncreated.

Do we need the overly simplistic lyrics and melody of “Never Knew Love” when we have a masterful love song like “Museum of Idiots”? Or “Judy is Your Viet Nam,” another song about a woman with a personality disorder, when we have a perfectly rocking “She Thinks She’s Edith Head”? The wax cylinder recordings of “I Can Hear You” have melted away and left only technically perfect, almost generic songs. Perhaps John delivers the bad news best with the line:

“This baby tooth no longer fits in my skull.”

TMBG have grown up, and their old skin no longer fits. There’s a place for Particle Man and the epic anthem of Birdhouse in Your Soul, somewhere on the far side of TMBG’s split personality, away from the soft rock and uncomfortably grown-up lyrics. Fortunately, it’s only as far away as the next kids’ album.