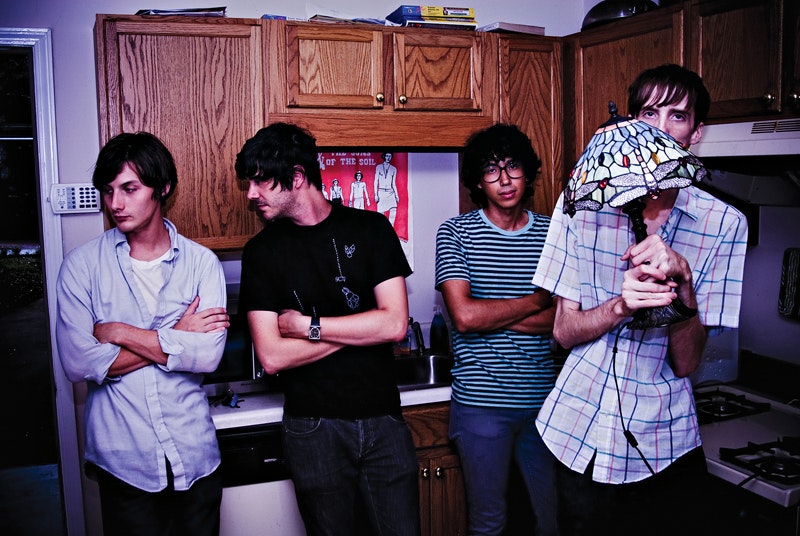 Sean Derrick Cooper Marquardt, “Prayer for the People of the Sea”

You’re lost in a wind chime emporium; there’s a stiff breeze, though you can’t say where it’s coming from, but where are your keys? You’ve got to locate your keys, they’re here somewhere—except that Native American fellows are stationed strategically in the aisles, playing drums that slosh with bong water. Then every wind chime is your keys, but they don’t sound like keys jangling; they sound like toucans and rattlesnakes you can’t see. Sometime during all of this everything and everyone wound up underwater without drowning. Dreams are fantastic.

Now for a nightmare. “Sleep Deprivation” brings to mind an accordion or defibrillator that’s done hard time. Every tone that graces these two minutes feels blown out or withered almost impossibly, creating the impression that some powerful machine is wheezing its last. The métier is a sort of demented carnival anthem - a pure, pressurized wash of Kool-Aid, acid, and napalm that intensifies at just the moment where you’re not quite certain how much more intensity you can actually stomach. Spoiler alert: you survive.

To these ears, Fading Frontier is Deerhunter’s rough equivalent of Beck’s Morning Phase with extra flavor crystals. “Yacht drone Deerhunter,” as I phrased it on Facebook—a slow-mo roil of prescriptions, in both senses of the term. Benediction and warning alike, “Take Care” casts a baleful eye at your mortality while scribbling “YOLO” on your Trapper Keeper. A placid sea can give way to a tumultuous one, as the song opts to show instead of tell, even as it doesn’t necessarily go anywhere. Maybe that’s the essential point: in blissful repose, aping the “Hotline Bling” shuffle, or decomposing in a pine box, none of ever escape this world in a physical sense. Except, of course, for Sandra Bullock, who died in space.