What Bangs accomplished was trickier than it looks. 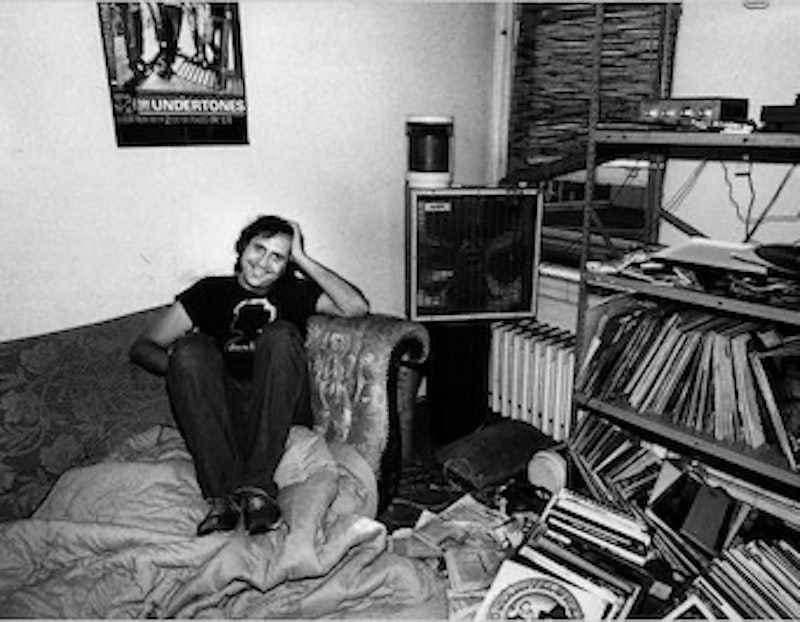 Imitation is a dangerous game; never, perhaps, is it more dangerous than when the person forgets whom they’re imitating. In our current era, when rock criticism (and pop criticism more generally) has been elevated by Web 2.0 reviews to the status of a national pastime, canonical rock critics are something close to the rock gods they once savaged or deified. Take Lester Bangs, for example. Behind every irreverent new article sniping at rock’s received wisdom stands good old Lester, thumbing his nose at James Taylor, Jim Morrison, and everybody else who got in the way of the listener’s good time. I quote from the film Almost Famous, which remains as good a glimpse of Lester Bangs as the young will ever get: “Jim Morrison is a drunken buffoon posing as a poet. Give me The Guess Who. They have the courage to be drunken buffoons, which makes them poetic.” Even on the page, sans Philip Seymour Hoffman, isn’t that breathtaking? Finally! No more college freshman lecturing you about shamanism and the Jungian unconscious! The Doors are history! Who cares what we’re listening to next—The Guess Who? Sounds good!—the point is that you can finally breathe again, because freedom’s in the air, and it’s vital as oxygen.

What Bangs accomplished was trickier than it looks. He invented situations, and within those original frameworks, he played his cultural references like a musician plays chords. I bet it’s been years, if not decades, since anyone has bothered to lecture you about the musical prowess of The Doors. They simply aren’t an oppressive figure in our culture any longer. Consequently, when “LA Woman” comes on, out of nowhere, at some diner where you happen to be grabbing lunch, it sounds fantastic. But you can certainly imagine yourself feeling claustrophobic about Jim Morrison, and that’s what Bangs is inviting you to do. In Bangs’ world, Morrison’s a symbol of every bad poem you’ve ever been forced to endure; Morrison is everyone whose reach exceeds their grasp.

Let me give you another example. Has anyone ever been humorless enough to sniff when The Dude, in The Big Lebowski, says that he “hate(s) the motherfucking Eagles!” Has anyone ever turned to you and said, “Now, wait a minute, that’s unfair. Hotel California is a very, very good album”—have they? Of course they haven’t. It’s entirely possible to enjoy both The Eagles, and that scene. The scene is about a man who’s having the worst day of his life, including being trapped in a taxi with a song (“Peaceful Easy Feeling”) that is so goddamn mellow it doesn’t know what “a bad day” even means. The Dude is taking a page from Bangs there, and it works: we can relate. Which is, after all, near to the heart of why we make art in the first place. It’s never a crime to immolate one good piece of art in the name of creating another; reason being, anyone who mocks The Eagles out of respect for The Big Lebowski is, himself, hopelessly unoriginal.

So far, so good. But then, much like George Harrison trying to imitate John Lennon, something goes sour. Somebody reads Bangs and gets the distinct impression that the canon is wrong, in some kind of permanent, universal sense, and that Bangs was trying to set the record straight. Since Bangs died before his work could be completed, it’s left for us to write articles knocking Bob Dylan down a peg or two. That’s what my colleague Noah Berlatsky has done here, helpfully providing YouTube clips of songs (by Jimi Hendrix, Donovan, etc.) that are supposedly more Dylanesque than Dylan. He describes Hendrix’s “Wait Until Tomorrow” as “gut-bucket, loose-limbed virtuosity that is simultaneously more swaggering and rootsier than anything Dylan ever put together.” Then he calls Donovan’s straight-faced, lysergic taffy a “funnier, and slyer, folk betrayal than Dylan going electric.” You get the idea. Donovan has the courage to be a mystical buffoon, etc.

Then my other colleague, Nicky Smith, goes to bat for Berlatsky by writing that Dylan’s legacy is sturdy enough to roll with the punches: “I think Dylan can take it.” Well, naturally Dylan can take it. He’s also withstood the people who heard him back in the 1960s, didn’t like him then, and don’t think any better of him now. But Dylan’s resilience is hardly an argument in Berlatsky’s favor. Leaning into it tends to devalue critical writing in general: “Go ahead, say what you want, it won’t make a bit of difference.” Berlatsky, and by extension all of us writing about what other people sing, ought to be more pleased with the bloggers who called him a liar and a fraud. At least then something’s at stake.

The result of the Lester Bangs movement, now entering its second wave, is a deluge of questionable claims that wouldn’t last a minute if they weren’t juxtaposed with figures like Dylan. It’s impossible to imagine an article going viral by pleading, at length, with great passion, that Donovan was a genius. Yet there are still pitches made here, including when Berlatsky and Smith agree on the subject of the Minutemen. Smith writes that the lead singer, D. Boon, might have equaled Dylan “if he had lived.” As it happens, D. Boon died in a car accident at the age of 27, leaving only one album to remember him by: Double Nickels on the Dime. To put this in perspective, if Dylan had died in his 1966 motorcycle accident, we would have “only” Blonde on Blonde, Bringing It All Back Home, Another Side of Bob Dylan, Highway 61 Revisited, and The Freewheelin’ Bob Dylan, plus a slew of other excellent songs. He’d already made history. So had (guess who?) Jim Morrison, who was also dead by 27.

What remains of D. Boon is an album full of sound and fury, signifying little; Double Nickels on the Dime mostly contents itself with gestural lyrics and displays of incredibly aimless talent. Boon wants so pathetically badly to be Dylan—I’m not joking—that he sings, “This is Bob Dylan to me/My story could be his songs/I’m his soldier child” (“History Lesson 2”). Saying that, while certainly endearing, doesn’t make it so. D. Boon had no idea how to get out of his own way. On “History Lesson 2,” he mumbles that punk rock changed his life. But on “Cohesion,” which is clearly something he ardently desired, he’s at a loss for words: the track is a New Age-y wisp of fingerpicked guitar. Now you can praise such unfinished sketches to the skies if you want. Maybe you’re more comfortable doing that than admitting the Minutemen were searching for an aesthetic they could never really articulate or achieve. But I’m 38 now, and Double Nickels on the Dime is the sort of album that only appeals to me on my worst days, when listening to a real masterpiece feels like a rebuke. The rest of the time, I’m ready to admit that Bob Dylan did something incredible at the age of 22. All I can do is hope I live to see the day when I’m finally young enough to create something like that myself.