Panda Bear’s new album pales in comparison to his 2018 EP A Day With the Homies. 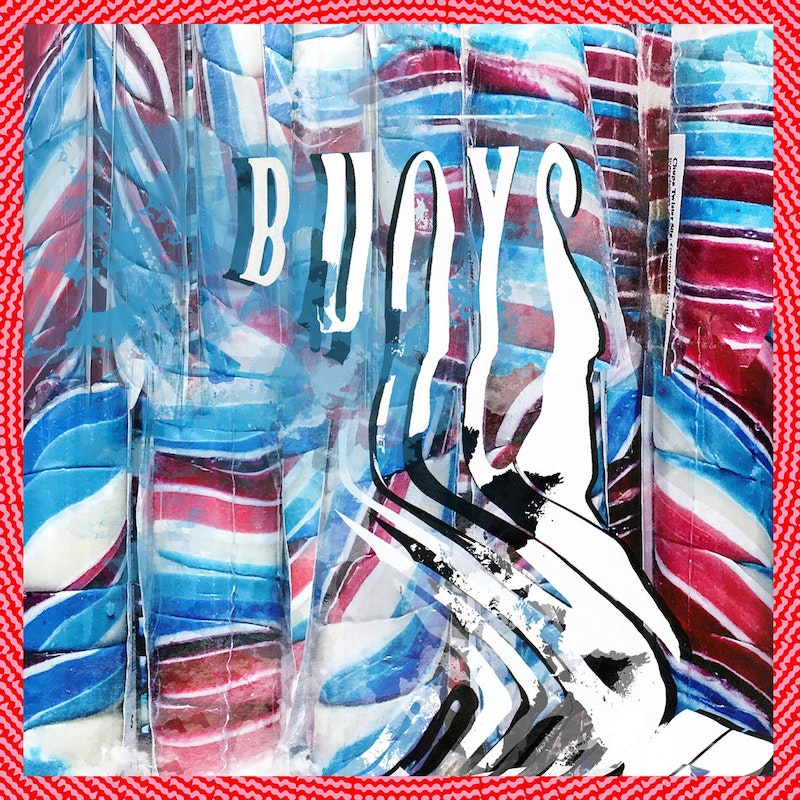 Noah Lennox (aka Panda Bear) released his best album—an EP—just over a year ago. A Day With the Homies wasn’t widely heard, reviewed, or talked about because Lennox insisted on keeping it a vinyl exclusive. Even in the age of high quality digital rips shared under the radar on the Internet, it remains obscure. His new album, Buoys, is getting the full push, the proper release, and boy, it fucking sucks. It not only sounds slight in comparison, but Lennox’s production choices, particularly the auto-tuned vocals pushed way up in the mix, fall completely flat. For the first time, he sounds derivative, boring, and actively annoying.

Seeking to cease vocal techniques he felt he’d exhausted (stacked harmonies, hocketting, hall reverb), Lennox decided to strip his songs bare and focus on a single vocal. Instead of close harmonies, every song on Buoys is covered in over-the-top auto-tune and pitched up/down effects. There’s less going on everywhere: the beats are weaker, the melodies duller, the songs half-baked. The minimalist arrangements are interesting and work for the most part, but the songwriting isn’t nearly as strong or consistent as any of his other solo albums. Buoys sinks from too much deadweight, gems like “Token,” “Master, “I Know I Don’t Know,” and the title track surrounded by B-side demo melodies. He wrote most if not all of Buoys while rehearsing for the Sung Tongs show in December 2017, and a little over a year later it's out for everyone to hear. This is the first time Lennox hasn't let material sit for a bit and road-tested it beyond one tour, and it shows. Buoys needed more time to gestate.

Lennox’s acoustic guitar playing—all open chords in open B (the Sung Tongs tuning)—is repetitious and often uninteresting. “Cranked,” the second song, is practically self-parody, where the only exciting element is a laser sound effect. It’s an Animal Collective melody by way of a Toyota commercial. Most of Buoys is similarly uninspired and under-developed: Lennox's lyrical fixation on domestic issues, death, and insecurity continues, but unlike something like "Sunset" or "Part of the Math," his melodies aren't strong enough to support weak or absurd lyrics. I didn't know he closed the first side of A Day With the Homies with "An animal / a mineral / a vegetable / an abacus / alright" until a couple weeks ago, and I don't care. The song is powerful enough that he could've sung the phonebook over it. There isn't anything as elusively melancholy and profound as the refrain of "Sunset" - "Every day I found a Euro on the ground" - on Buoys. With the exception of “Inner Monologue,” it’s all very basic rhythm guitar patterns serving as percussion, a world away from the full-bodied exploration of the instrument on Sung Tongs or the warped staccato parts that undergird Tomboy.

The more I listen to Buoys, the less I like it and the more actively annoying it becomes. The title track was the only song that stuck out to me when he debuted most of these songs live last spring, but I’m already exhausted by it. “Inner Monologue,” which begins with a gorgeous finger-picked acoustic guitar figure, segues into an awful pitched down vocal break in the middle that sounds totally out of place and lifted in the worst way, straight from ASAP Rocky. If anyone were to accuse Lennox of cribbing the most obvious elements of trap, dance, and hip-hop that inspired Buoys and most of his previous solo albums, this is the song. It is the nadir of the Animal Collective discography. Now I know how Dylan fans felt when Street Legal came out in 1978.

Contrary to his instructions, Buoys sounds best through headphones—so much gets lost in the air, even with speakers cranked to high heaven. In that way it’s the opposite of A Day With the Homies, which was only released on vinyl not only to force people to listen to it on a hi-fi setup but to keep it obscure, something to be discovered in bins years later. Why??? I made a digital rip of it for myself so I could listen to it outside of my own house and to spread the word among friends who may be lapsed AC fans or unaware that a new Panda Bear record existed. I’m sure there are high quality rips floating around the Internet and whatever replaced what.cd, but my tape bounce sounds fine, and any surface noise or compression doesn’t shade the five phenomenal songs that make up A Day With the Homies. I’m so disappointed that that record will remain unavailable on streaming services for the foreseeable future, because Lennox’s songwriting and singing are so beautiful on there. Buoys is an embarrassment in comparison.