You are formally invited to read the only objective, impartial review of Beyonce’s new album on the Internet. 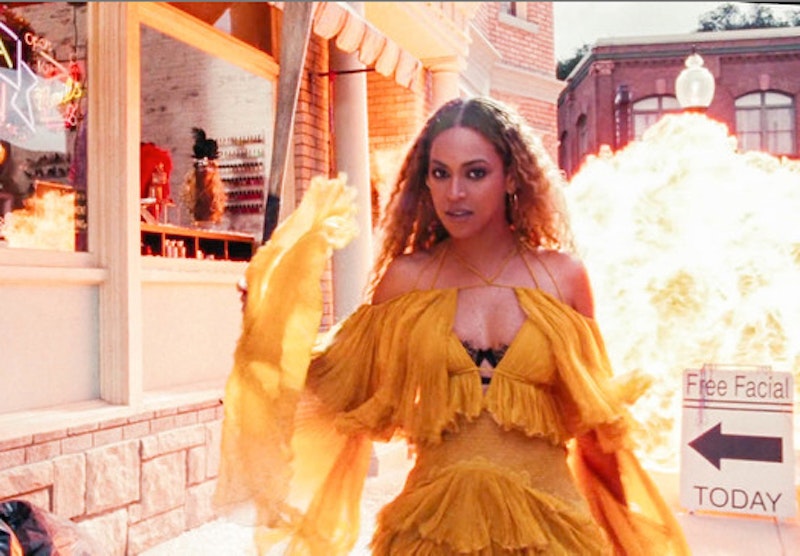 Lemonade, a sound recording, exists. It is the sixth album by Beyonce, a person, and its release was immediately preceded by a short film of the same name. While the film is an hour in length and features sound and images, the album itself is almost 46 minutes long. Lemonade, the album, is comprised of vocals, instrumentation, samples, and programming; 12 parts make up the whole. Other people, who are not Beyonce, contributed to the finished product. Other people, who are not Beyonce or Beyonce’s contributors, are discussing, reacting to, or otherwise examining Lemonade online. At present, Lemonade cannot be purchased in a physical store, though it may be streamed, purchased digitally, or stolen outright. Lemonade includes a list of credits. That list is made of words that may be rearranged to form new sentences, anagrams, or curse words in different languages.

In a photograph advertising the Lemonade film, Beyonce is pictured with a lemon. Lemons are sour; lemonade is typically sweet. It is unknown whether Beyonce is a lemonade enthusiast, whether she favors a particular brand, whether she insists that, say, a frosty quart of Newman’s Own lemonade be proffered at the conclusion of tour dates and promotional appearances, whether she grew up on the “from concentrate” Minute Maid lemonade, whether is she averse to heavy lemonade pulp, whether she enjoys Mike’s Hard Lemonade or “Lemon,” by U2. In any event, it is widely anticipated that many will acquire and listen to Lemonade, as was the case with the artist’s prior recordings—which also consisted of voices, instrumentation, programming, and samples. Lemonade is a recording which exists; there is nothing more to be said about it. Don’t you dare judge me.