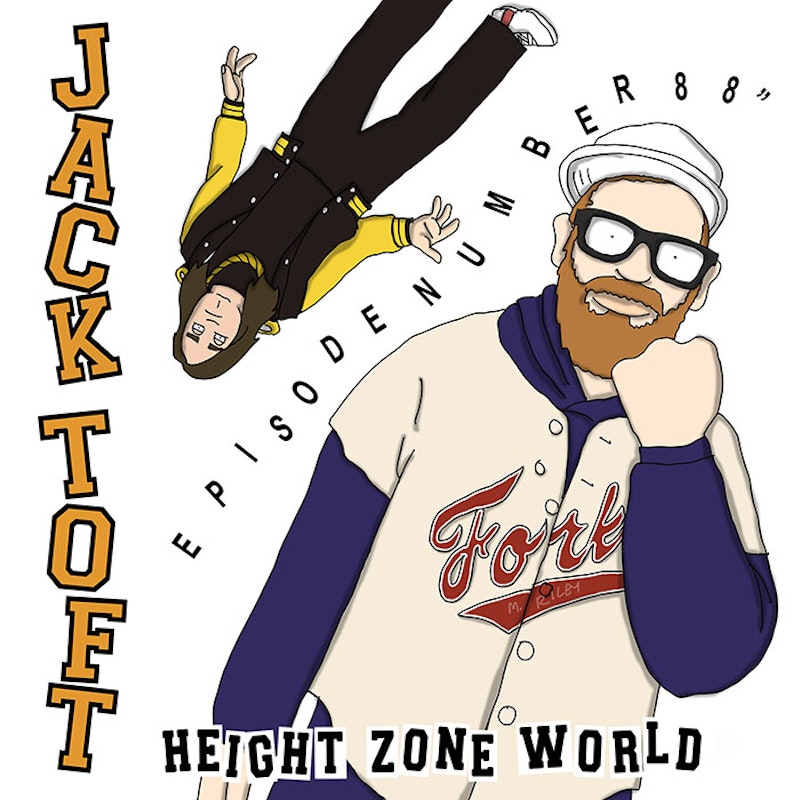 My guest this week is Jack Toft. Jack is a rapper from Buffalo, NY. We first met when we shared a bill in Charlottesville, VA, and we’ve played many shows together since then.

He talks about his early stabs at writing fiction and poetry, and how he drifted into music by way of a noise band called The Next Syphilis. He breaks down his first solo album being compared to Waiting to Exhale, and we try to guess what happened in Waiting to Exhale. He talks about the strangeness of starting to tour later in life, and the beauty of being part of the underground music world.

Mike Riley’s art this week is an homage to MC Rell & the Houserocker’s Into the Future.