The antiseptic Queen of Folk. 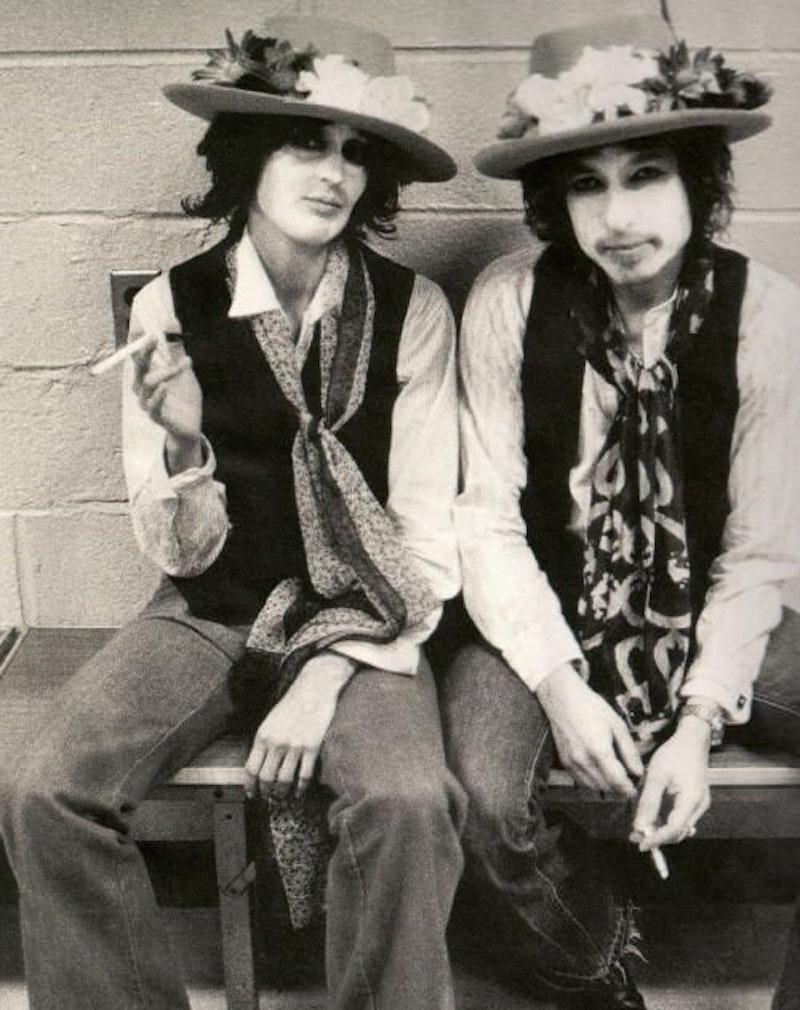 I don’t despise one of Joan Baez’s most famous songs, “Diamonds & Rust,” even though it demonstrates her crummy songwriting. And I won’t encroach upon my friend Crispin Sartwell’s “Why They Suck” series (which has included The Beatles, David Bowie, Bob Dylan and Bruce Springsteen), because considering all the awful folk and pop music over the past 60 years or so, Baez isn’t even in the Top 50 of most grating musicians. But even as a kid, when Baez’s first two albums were on the turntable at home—my oldest brother, who saw her at a New England campus concert in 1961 was a big fan—that technically perfect voice got on my nerves. Reviewing her Town Hall Concert in 1961, New York Times critic Robert Shelton gushed: “That superb soprano voice, as lustrous and rich as old gold, flowed purely all evening with a wondrous ease. Her singing unwound like a spool of satin.”

Knock-off satin, if you ask me, since her high notes gave me the same reaction as squirrel claws on a chalkboard, the kind of voice that would send discriminating dogs into hiding until, say “Donna, Donna” or “Barbara Allen” was over.

In fairness, you have to give Baez credit, more than Pete Seeger or Peter, Paul & Mary, for catapulting Dylan beyond a cult following, introducing him at her sold-out concerts, and singing together, much to the consternation of her fans. By 1964, it was a different story, most tellingly captured on the recording of Dylan’s Halloween performance at the Philharmonic Hall, a remarkable album not only for the songs, but Dylan’s relaxed patter with the crowd. I’ve never heard him having so much fun. The nadir, though, is when Dylan brings on Baez, and when he temporarily flubs the words to “Mama, You Been on My Mind,” Baez caterwauls to fill space, sounding very Yoko-like. (I understand it’s not acceptable to trash Yoko any longer, but I don’t care, her solo material and spot screeching on Beatles’ songs in the late-60s and early-70s were the pits.

I’m reminded of all this after reading that Netflix will release a Martin Scorsese documentary on June 12—Rolling Thunder Revue: A Bob Dylan Story By Martin Scorsese—accompanied, naturally, by a 14-disc box set of the 1975-76 Dylan shows by a cash-grabbing Columbia Records. (Which I’ll buy, although I hope there’s a four-disc alternative.) Anyway, Baez’s “Diamonds & Rust” was released in the summer of 1975—just as Dylan’s upcoming tour was in its embryonic stage—and while she claimed at the time it was about her ex-husband David Harris, she wasn’t fooling anyone.

It’s not a bad tune, and the Dylan content is interesting, but the lyrics, like all of her songwriting, are mediocre at best. Really, just the opening is stupid: “Well I’ll be damned/Here comes your ghost again/But that’s not unusual/It’s just that the moon is full/And you happened to call/And here I sit /Hand on the telephone/Hearing a voice I’d known/A couple of light years ago/Heading straight for a fall.” The moon is full? She couldn’t do better than that? And while a lot happened with and to Dylan from 1965-’75 (Dylan notoriously treated Baez like shit as he was “shedding off another layer of skin,” going electric, choosing Sara Lownds over Baez, all documented in the classic film Don’t Look Back), it was hardly “light years ago.”

She sings, “We both know what memories can bring/They bring diamonds and rust.” Okay, not horrible. But she concludes the song, voice lower, going for the knockout punch, “It’s all come back too clearly/Yes I loved you dearly/And if you’re offering me diamonds and rust/I already paid.” Paid for what? What does that fucking mean? Anyway, she hadn’t written Dylan off, as the song implies, since months later she was front and center on the Rolling Thunder series of concerts, putting on whiteface like Dylan, and relishing the spotlight again as a Dylan adjunct.

I saw the Dec. 8, ‘75 “Night of the Hurricane” concert at Madison Square Garden, and while it was a terrific show—before the Hurricane Carter business went sour—Baez hamming it up, brutalizing The Band’s “The Night They Drove Old Dixie Down,” was a lowpoint. Much cooler seeing Mick Ronson playing guitar (his solo turn was “Life on Mars,” from his days with Bowie), an understated Roger McGuinn, Joni Mitchell with “Don’t Interrupt the Sorrow” and a somewhat addled Muhammad Ali, going on stage, talking about Rubin Carter (who provided a taped message from prison).

Despite the on-again, off-again rift with Dylan after their romantic bust-up, a buck’s a buck and Baez went whole hog in covering his songs. The 1968 double LP Any Day Now (which went gold) is especially egregious, with 16 Dylan songs mishandled to various degrees. It was said back then—and perhaps today—that no performer could interpret Dylan like Baez, but that’s hogwash. For example, her rendition of the wrenching “I Shall Be Released” (a Basement Tape song not yet released by Dylan) is just another Joanie song, warbling away in that “lustrous” voice. An equally sterile “You Ain’t Goin’ Nowhere” doesn’t come close to the Byrds’ track on the magnificent Sweetheart of the Rodeo.

There was a single redeeming feature of the album—which I owned—and that was her inclusion of “Love is Just a Four-Letter Word,” a song that Dylan wrote in 1965 and, inexplicably, never included on any album. It’s said he never even recorded it, which seems strange, and I wouldn’t be surprised if a “lost” demo of the song is discovered in the next 10 years. I find Baez okay on the composition—though when she pronounces “absurd” as “abzurd” it bugs me no end—but that’s because there’s nothing to compare it to.

One stanza sticks out: “Though I never knew just what you meant/When you were speaking to your man/I can only think of me/And now I understand/After waking enough times to think I see/The Holy Kiss that’s supposed to last eternity/Blow up in smoke, its destiny/Falls on strangers, travels free/Yes, I know now, traps are only set by me/And I do not really need to be/Assured that love is just a four-lettered word.”

It’s very possible that Dylan was singing about Baez, given that it was written around the time they broke up (although the song isn’t as devastating on that subject as “Visions of Johanna”), but Holy Joanie apparently didn’t care, milking her simple twist of fate for all it was worth.