Lizzo's career shows that you have to make compromises if you want to be a mega success. 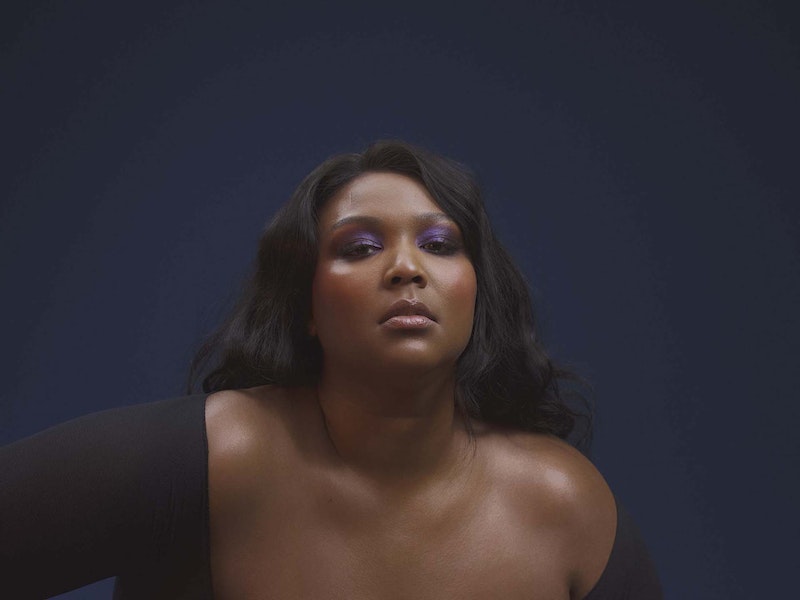 I'm middle-aged and removed from the cutting edge of anything, so I generally find out about big pop star music acts after they've hit it big. Lizzo, though, is a pleasant and disorienting exception. I heard the Houston-born rapper's debut back in 2014, when she was an indie artist based in Minneapolis. Then suddenly, at the beginning of this year, everyone was taking about her. Her album Cuz I Love You, released last week, is a bona fide hit, receiving mass critical acclaim and the popular enthusiasm that lands the performer on Ellen and Jimmy Fallon.

The hipster protocol when you discovered an artist first is to furrow your hairdo and proclaim that they were better before they sold out. And it's true that Lizzo's 2014 debut Lizzobangers sounds a lot different than her current work. Part of the reason I was so surprised to see her become popular is that her early work was gleefully scrappy, leaning into its indie lack of polish—in "Paris" she practically boasts about having never been to the city in question. Her beats were tough and noisy, and Lizzo's rapid-fire flow was unhinged.

The simultaneous charming and lascivious single, "Batches and Cookies," is built around an infectiously irritating whistle hook, a clanking beat, and Lizzo ingenuously spitting filthy nursery rhyme lyrics like she's addled on helium. "Remember that gooey gooey you took and said 'ooh wee, ooh wee.’" The video is low-fi, with Lizzo and friends eating donuts and hanging out at a gay pride parade. "Get on your knees and get ready for the industry," Lizzo rants, deep-voiced, and then laughs, because what does she care about the industry? She's not trying to be a star anyway.

Or so it seemed to me when I first heard the track. But Lizzo had other ideas. On her second album, Big Grrrl Small World, in 2015, she started singing as much as rapping, moving towards a more radio-friendly R&B sound. And on Cuz I Love You the transition is complete. The tough, manic hip-hop of the debut is almost gone. "Like a Girl," for example, has touches of autotune and a melody that recalls Jessie J's "Do It Like a Dude," of all things.

That could be seen as a takedown. But "Do It Like a Dude" is great, and so is "Like a Girl.” In fact, Lizzo's move to pop is generally exhilarating. Her singing is as impressive as her rapping; the first words of the new album, "I'm crying… cuz I love you" are a shotgun blast of retro soul. On the hit, "Juice," she slides easily from half-rap to straight up disco vocalist. "Know I'm not a snack at all/baby I'm the whole damn meal" is a boast about her mojo, but even more about her skills. She was an amazing indie rapper, and now she's an amazing pop diva. Next album maybe she'll be a rock guitarist. Why not?

You could argue that Lizzo's transition to hit maker has sanded off some of her idiosyncrasies. At the least, she's not saying as much as when she was breaking land-speed records with her tongue-twisting raps. ("Talk talk talk talk talk talk talk," as she said, very quickly, on Lizzobangers.)

But mainstream Lizzo smashes paradigms in her own way. Lizzo on the cover of Lizzobangers looking butch in a jean jacket and marching band cap is pretty great. But Lizzo nude, unashamedly not thin, and photographed like a glam diva on the cover of Cuz I Love You is even more of a challenge to the culture's portrayal of women. "Slow songs, they for skinny hoes/Can't move all of this here to one of those," Lizzo declares on "Tempo." Missy Elliot guests—a perfect collaboration, which would’ve been impossible if Lizzo hadn't blown up.

Lizzo's career shows that you have to make compromises if you want to be a mega success. But compromises aren't all bad. I miss Lizzo's mercurial rap flow, but I'm glad I discovered Lizzo the mercurial, powerhouse soul singer.