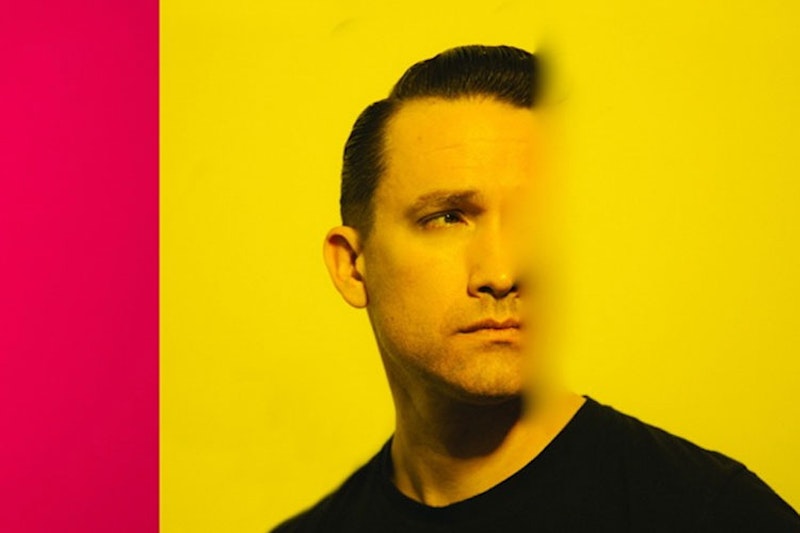 Xiu Xiu are back in Baltimore after only 18 months. It’s an aesthetically cohesive and exciting bill with similar threads running through openers Chaunter and Natural Velvet—though those similarities are hard to pin down. It’s not goth or glam—call it dramatic darkness. All three have a flair for being fabulous, funny, and fucked up in their own way. I talked to Jamie Stewart of Xiu Xiu last week about their fans, mistakes and regrets in music, and getting your money back at the movies.

Splice Today: Thank you for playing Baltimore so frequently. You, Deerhoof, and of Montreal—all Polyvinyl bands—are very good about this.

ST: I’ve seen you three times and it seems obvious that you have an intensely loyal fanbase that regenerates and rejuvenates… the demographics are all over the place.

JS: Every band we’ve ever toured with has said we’ve had the best audience they’ve ever played for. We’re extraordinarily lucky in the regard. When we go on tour, the age range seems to be about 15 to 65… the fact that such a wide range of people come out is extraordinarily gratifying to us.

ST: You have very dedicated fans. It must be nice not having to rely on a hype cycle or people being stuck in a certain era of the band.

JS: That’s one of the advantages of having a small fanbase! [laughs]

ST: You said in February 2017 that you wished you hadn’t put out as many records. Do you still regret releasing as much music as you have?

JS: It’s pointless to feel that way now. Yeah, sometimes. I feel fine with all the records we’ve done. I think it was just a point of envy considering some of my friends’ careers that are probably four or five times as popular as us and have maybe a third of the records that we have. [laughs] But I don’t know that I’d say that now, I think I’m feeling a little more… I’m giving fewer fucks than I was when I was two years ago. I’ve come to a healthier place with my feelings regarding music. It was a struggle for a long time, I was very much on the fence about whether or not I could or wanted to continue to do it. But a year and a half ago my therapist told me to stop talking about quitting music and just decide to keep doing it.

ST: Was the Drugs series a way out of that?

JS: Now the Bandcamp thing is an entirely charitable endeavor, and there’ll be some drone experiment that maybe 20 people will like that doesn’t necessarily merit pressing 1,000 records. It’s just to have an outlet to go on more unusual paths and bring up some incredibly deep, weird cuts from 15 years ago, just to give them a place—and because all of the money goes to different charities there’s more of a purpose to it than just self-gratification.

ST: I hate bands that take four, five years in between records. Give me a fucking break!

ST: Look at what The Smiths did in five years!

ST: Regarding The Air Force…

JS: Other than a few times I haven’t really listened to it since we put it out. I’d have to go back and check it out… I probably wouldn’t feel 90 percent or 80 percent satisfied with any record we’ve done, unfortunately you’re in the position of only focusing on the parts that you don’t think worked out as well as you wanted them to. I’m the wrong person to ask that question.

JS: Battle in Heaven by Carlos Reygadas. He did Silent Light, too. Melted my brain, I totally loved it. It was incredibly wrong…

JS: Just socially unredeemable [laughs]. But despite that, incredibly sensitive in a very strange way. I loved it.

JS: Capernaum, I fucking loved Capernaum. Pretty jarring. But I don’t know, I go to the movies pretty regularly but there hasn’t been anything else recently that’s blown my brains out…

ST: So much better than Spring Breakers!

JS: I certainly enjoyed it more than Spring Breakers, but I think because Spring Breakers had more to say, on purpose or accident, it was a more interesting movie. I thought about Spring Breakers a lot. But I appreciate anyone with an established career like that throwing a fan like me a curveball. I absolutely love Julien Donkey-Boy, and like everyone else love Gummo, and I have some unexplainable but definite feelings about Spring Breakers.

ST: Any other movies you hate?

JS: I don’t know, I don’t really give movies I hate too much time. I have absolutely no problem with walking out of a theater and getting my money back. If you do it in the first 15 minutes, I think they’re obligated to give you your ducats.

ST: You know within 15 minutes?

JS: I can kind of tell pretty quickly from the editing or the pacing or how the music is used whether or not it’s going to be worth my time.

JS: I love The Thin Red Line, but nothing else. Whenever I see his movies I feel like I should like them but I just feel nothing.

ST: I’ll never forget seeing The Tree of Life on opening weekend with a rapturous crowd and adoring friends. It was horrible.

JS: Oh fuck. That movie made me want to beat everyone around me to death. That’s one I got my money back for.

Xiu Xiu’s new album Girl with Basket of Fruit is out now on Polyvinyl. They play the Wind-Up Space in Baltimore this Friday, May 10.