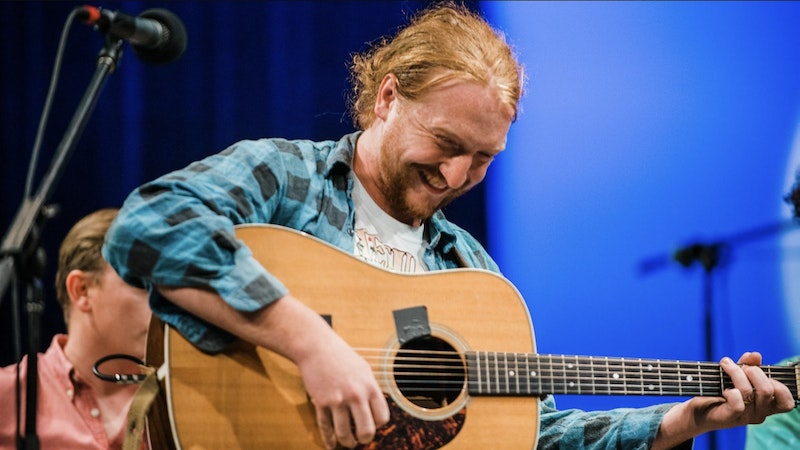 Country music as a genre—a chart, a commercial strategy, a personal identity—is often dated to 1927 and placed in Bristol, VA, where Ralph Peer recorded Jimmie Rodgers and the Carter Family. Loretta Lynn was born five years later in Butcher Hollow, KY, 150 miles or so to the northwest. Now, it seems likely to me that country music will make it through the next five years, even without Loretta. She got to 90, but country music as a viable and vital commercial music will soon hit 100.

That's remarkable. I think of the rock era as extending from circa 1955 to 1983, when synthetic new wave replaced guitar-based punk, though if you drove it to the White Stripes in 2002 I wouldn't necessarily screech. The swing era, generously, might’ve run from 1925 to 1950. Soul and funk as dominant pop forms lasted less than 20 years. Hip-hop is enduring, maybe pushing 50. That's hard for me to believe, not because it hasn't justified its run artistically, but because it’s seemed so insistently timely and ephemeral at every moment, so topical and of the present. Maybe the closest competitor of country in generic longevity is African-American gospel music.

Country's endurance is due in part to effective marketing, but also its cycle of sonic departure and return. The traditional frameworks are broken apart and re-assembled in a transformed condition for a transforming audience. In honor of the great Loretta Lynn, here's a four-album assessment of where we are and where we're going.

You'd think that innovation in country music might consist, as it has in some other genres, of technological intervention, of auto-tune and programmed drum tracks, for example. But emerging from the bro era, most agree: that was a dead end. On the other hand, when a form stops changing it’s consigned to history, or perhaps when it's consigned to history it stops changing. Recent albums by great trash hopes Tyler Childers and Ashley McBryde show some of the ways that the tradition can be smashed and preserved simultaneously. We could call it "deconstruction country." It's too bad Jacques Derrida isn't still around to hear it.

Tyler's young, hip, in recovery; his persona has captured something in the Geist of this Zeit. The great John Anderson anointed him the hope of country music. Maybe yes, maybe no, but he's certainly doing some very interesting things, sort of breaking and reassembling the form. His new album Can I Take My Hounds to Heaven?, while filled with traditional sounds and themes, isn't like any country album made before. He might be the most interesting artist in country music now, which isn’t to say that he's the best.

The album runs through eight songs three times: the "Jubilee," "Hallelujah," and "Joyful Noise" versions, 24 cuts altogether. The first two are different arrangements (the hallelujahs aremore lushly arranged, with strings, etc.), featuring similar or the same vocals. The “Joyful Noise” sequence consists of dubs or “versions” in the Jamaican sense: extended instrumental remixes. As I say, not something we've seen in country before.

Country is probably the last genre where, at least until the last couple of years, FM radio still made or broke artists and sub-styles. It's the last genre in which music still comes primarily in three-minute chunks, helping DJs get on to the traffic report. Extended re-mixes just haven’t been part of the style, except the occasional two-step for bar use, which this definitely is not. But Childers’ album is emphatically streamable.

The style of recording is identical to the extreme approach of Don Goliath, the German dub master who often makes albums that run through three versions each of the same 10 songs, in basic dub, melodica, and vocal or horn versions. The “Joyful Noise” sequence here drops into a modified reggae rhythm, with mysterious samples. It makes you realize that there are a lot of things no one has done in country music. However, it doesn’tnecessarily work very well (try the joyful noise version of the title cut, e.g.), or, better on some cuts than others.

I'm puzzled by the religious theme of this concept album, which opens with Hank Williams' "Old Country Church." I can't tell whether Childers is sincerely expressing evangelical Christianity, or making fun of Southern holy rollers. The idea that if he can't hunt with his dogs in heaven, he'd rather go to hell, is an old warhorse, and isn’t the most reverential sentiment. He throws down some sort of crypto-Catholicism on "Way of the Triune God" (pretty unusual title for a country song), and at one points talks about "confessing." Maybe the spirituality is richly ambiguous, maybe it's half-assed.

Three runs through eight songs, only a few of which are new originals featuring his singing: it feels padded. Also, the instrumental track of "Can I Take My Hounds to Heaven"appears directly cribbed from the Cadillac 3's Tabasco and Sweet Tea. It’s lazy, but on the other hand it opens traditional country up in five directions simultaneously. I preferred the more conventional (though still challenging in certain respects) albums Country Squire (2019) and Purgatory (2017). But I don't want to be an asshole, and Tyler should keep experimenting.

Ashley McBryde Presents: Lindeville is inventive in other dimensions. It's a semi-literary construction of an imaginary small town (an inspiration might be Edgar Lee Masters' Spoon River Anthology). This is also a country concept album, though it's a concept that’s been deployed before. Invented town, invented radio station, ads for invented businesses: it all there in Jenny Tolman's great, underappreciated album There Goes the Neighborhood from 2019, which introduced us to Jennyville.

So the nominal concept isn't new, but the collaborative nature of the album is, perhaps building on the success of Miranda Lambert's Marfa Tapes, which put three songwriters into a house in west Texas and followed them until they had an album of songs. McBryde's fine collaborators here include Brandy Clark, the Prine-style writer Aaron Raitiere, Caylee Hammack, Pillbox Patti (yes, Pillbox Patti), Benjy Davis, and one of brothers Osborne. There are great songs here, written apparently around McBryde's kitchen table, such as Gospel Night at the Strip Club, which is better than what Childers is trying to do.

There have been country concept albums before, and releasing a collection of duets with different collaborators is traditional for a veteran performer. But the sprawling collaborative world-building of Lindeville (named after the Nashville songwriter Dennis Linde) is unique, especially as McBryde’s a commercially potent force right now who’s due for a solo album. I wish the album was presented as more collaborative.I’ve waited for years for the next Brandy Clark album, and from the title and artist I might’ve missed the fact that this is it (a number of the songs are co-written and sung by Clark, one of the best artists working now). I wish this project was attributed to a more collectively and collaboratively-named group than "Ashley McBryde Presents." But it's awfully good, no matter the attributions.

Childers and McBryde's albums represent avant-garde traditionalism, or reactionary futurism, because there's no doubting that all the songs on both are deep country. Most of the material on Sunny Sweeney's mature masterpiece Married Alone and Drake Milligan's great debut album Dallas/Ft. Worth could’ve been recorded at any time during the life of Loretta Lynn, and aren’t at all futuristic. They demonstrate that flawless three-minute gems are still pouring out of Nashville and Austin.

It seems that half the songs now on country radio, which sounds so much better than it did three years ago, mention George Strait (perhaps along with Alan Jackson). Sometimes they refer to him as King George. Strait, who's semi-retired, stands for rock-solid, direct, paradigm country songs from Texas, delivered with low-key mastery. Drake Milligan self-consciously emulates Strait throughout his debut LP, from the two-stepping honky-tonk arrangements to the fireworks-free, yet perfect, vocals. He just finished third on America's Got Talent, which is surprising.

It could’ve been a painful imitation or a mere tribute—sort of Straitmania—but it's not, because the writing’s so good and Milligan wears the singing style so naturally. It's as though a young George Strait just put out one of his best albums. That hound will hunt, as Childers would say. I wish I was Milligan's publicist; material such as Bad Day to be a Beer sells itself. "I'm sorry, don't know how to thank you./I love you, but someone's got to drink you."

If you were still wondering where Drake Milligan's from after reading the title of the album, you could play the delightful Bob Wills tribute "Goin' Down Swingin' (feat. Vince Gill)." Or here's what I mean when I say that Strait lives: "All week I've been wound up tight./That's how I wound up here tonight, burning down this cold beer joint./I'm at my tipping point."

Here's what I really wanted to say: Sunny Sweeney’s a worthy inheritor of Loretta Lynn. Compared to her mighty contemporaries Tammy Wynette and Dolly Parton, Loretta's voice was a fairly limited instrument. The fireworks came from elsewhere: her persona, her angle, her life, her badass attitude. She might be compared to Billie Holiday, for example: not a vocal virtuoso but a hyper-effective emotional expresser. SS is like LL in this regard.

I've followed Sunny since her 2007 debut, Heartbreaker's Hall of Fame, and I still drop her lovely Lavender Blue onto playlists frequently. She seemed very young and eccentric as a vocalistthen, but with an underlying hint of power. She persisted and struggled commercially, though she climbed to #10 on the country chart with "From a Table Away" in 2012, when almost no female artists were on the charts. Whether it sells a million or not, Married Alone is a mature masterpiece: an excellent set of songs, well-suited to her delivery.

She starts with a song that recalls Loretta's in-your-face feisty semi-feminism, as expressed in songs like "The Pill," "Fist City," or "Don't Come Home A-Drinkin'." "You can tie me up," Sunny observes, "but you can't tie me down." It's a great country song, if not one for FM. But it's misleading, because Sunny isn’t working "blue" overall: there’s every flavor of country music on Married Alone, as for example the great title cut, on which Vince Gill again appears. (He's everywhere, man: the Emmylou Harris of now, providing perfect high harmonies every time out all over the place.)

Sunny might be at her best giving definitive readings of simple songs, but at this point she can handle all sorts of material, like the rocker Want You to Miss Me. This is how we, and country music, get through the next five Loretta-less years.