The Importance of Being Jenny 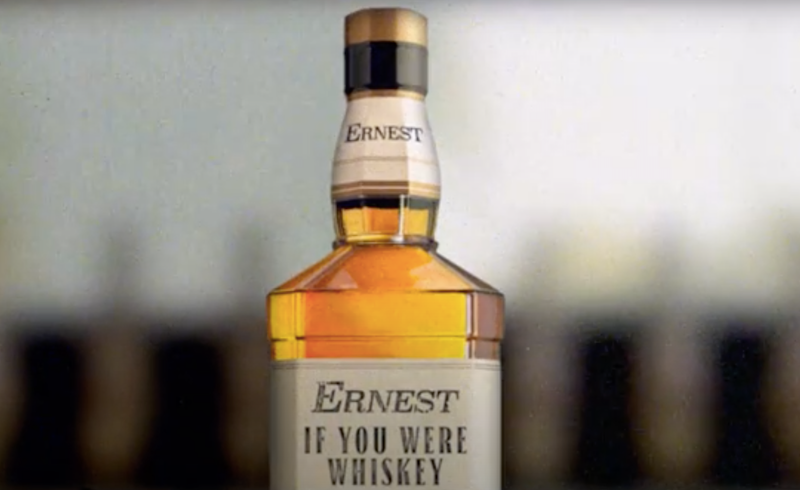 I've seen worse periods in country music, and the arc of improvement may continue unless there's another influx of young artists from American Idol: people who can really sing, and have been carefully trained to maximally stomp on a lyric and relentlessly seek banality and insincerity. Left without Idols, country has developed away from the bro and toward a re-updated traditionalism, incorporating contemporary themes, occasional raps, different sorts of rhythm tracks, and so forth. Also, ingenuity and surprise are back in the lyrics. It's not all: "Damn, girl, you look good in them cut-offs. Slide on over here and give me some sugar."

"I took a drink and she took the time to tell me I took the best years of her life," sings the artist known as ERNEST on the title cut of his new album Flower Shops, a duet with Morgan Wallen. It's the sort of song that every country cover band in every American Legion and roadhouse in the country will be, or should be, playing for the next 20 years or so. The visual interpretation of the song on the album's cover is itself a gift beyond price. If that doesn't bring her back, ERNEST, nothing will.

The ERNEST approach to self-naming seems to be a fashion; he has a label mate on Big Loud who styles himself as HARDY, for example. It's a drawback of the moniker, for me anyway, that I can't dissociate the name “Ernest” from the sentence, Know what I mean, Vern? I'm not sure caps lock is enough to eradicate the link. I could try to nudge it in my head toward Hemingway, I suppose, but maybe ERNEST is more Fitzgerald. Perhaps, however, HARDY did not have Thomas Hardy's Jude the Obscure in mind as he invented his self.

The comprehensible complexity of that "took the time"-line is characteristic of ERNEST, the writer, who's contributed lots of material to acts like Florida-Georgia Line and Jake Owen, as well as Wallen, and whose excellent style and problematic persona just are country music right now, at least on the male side.

There’s lots of good writing on Flower Shops, framed in somewhat eclectic production that sounds very 1990 and then sounds completely 2022. The development isn’t forced, though, it comes off as pretty organic and integral, as well as pleasant to listen to. And it's not all merely amusing. Addiction is a traditional country theme, though the bros seemed to recommend it without reservation. On the most traditional, and maybe best, song on the album, "I'm Only Comfortable When I'm Crazy," ERNEST gets real about this shit. It's clever. It's also true and terribly sad. ERNEST takes the stereotyped phrase and makes a deep song out of it several times here, as in "(This is) What It's Come To." I'm hoping that ERNEST is well aware that "If You Were Whiskey" is a perfect reply to Highway 101's 1987 song Whiskey, If You Were a Woman. Either way, I'm about to put it on again.

The best country album of 2022 so far, however, is Jenny Tolman's Married in a Honky-Tonk. Tolman, whose 2019 debut made my top ten, is more consistently traditionalist than ERNEST, and has much, much better legs. Gams aside, however, I think we should be scouting for the next queen of country, though Miranda is going extremely strong. What I'm not quite understanding, however, is why Tolman isn’t getting a lot more attention. I'm looking at some of these great new songs, out about three weeks, on YouTube, and the plays are dozens or at best hundreds. C'mon, now.

What a fine singer and writer Tolman is, and she has surprising emotional range. As on There Goes the Neighborhood, there are a number of extremely funny songs here, including the title cut. Or: "You should know better than to be running around. That beauty-shop gossip's gone digital now. Every bad choice you make ends up in the cloud. Nowadays the world's a small town." Or, "You should have cockle-doodle didn't but you cockle-doodle did. It's out about who you're cockle-doodling with. Hey now, what you gonna cockle-doodle-do, now that you chickens are all coming home to roost?"

But then she can hit a delicate love or heartbreak song like Same Train as You or Nothing Left of You with the lightest of touches. She's rowdy as shit ("I Know Some Cowboys"), in other words, but also capable of beauty, restraint, and emotional devastation. That's something she has in common with Miranda, but maybe with few other female artists working now. The production sparkles. So why wasn't Jenny Tolman at the ACM Awards? Anyway, not sure what we can all do but stream, which is also an extremely pleasant and occasionally moving experience.

My assessment, in short, is that as the world goes to hell, country music is aliver and weller than ever.