Dahmer is Full of Bangers 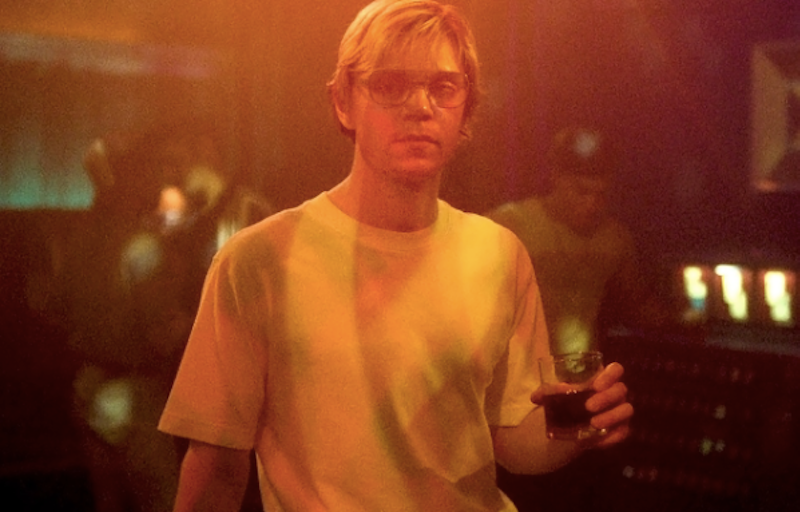 There are hundreds of reviews (including here at Splice) of Ryan Murphy’s Monster: The Jeffrey Dahmer Story, so no need to pile up adjectives about Evan Peters’ uncanny, deadpan, well-researched performance as Jeffrey Dahmer.

We also know from general news consumption that those reviews have been mixed; ranging from “grim and predictable” (predictable because we know the ending, right?) to “the most exploitative TV of 2022;” much has been written about the victims’ families, who are understandably horrified and upset about having to relive the unimaginable. And it’s disgusting that they glorify the JD fandom.

It may seem like an odd thing to ask, but it’s not. What about the music? If you’re a fan of Ryan Murphy productions (American Horror Story, Pose), you know his soundtracks are an invisible character actor in every show. Working with longtime collaborator and recently elevated President of Ryan Murphy Productions Alexis Martin Woodall (“You hear a song and it puts you in a time and place. I argue that music is important in every show.”), Dahmer is no exception to the Murphy creations that have accompanying Spotify playlists being downloaded by the tens of thousands.

“Ryan Murphy is the original ‘let’s play anachronistic music—great jams—and let’s make something that you haven’t thought about in 20 years fresh again,” says Woodall, and like his other production playlists, Murphy and Woodall have selected a genre-varied but perfectly-blended soundtrack for a series about a serial killer.

Though few will forget the haunting notes during the show of “Please Don’t Go” by KC and the Sunshine Band playing while Jeffrey cuddles up to the mannequin he shoplifted from a retail store for a boyfriend, it’s great to hear songs like “Nite and Day” by Al B. Sure! and “Silent Morning” by Noel for probably the first time in decades, even under the grisly circumstances. Wonder how Barry Manilow feels about his song “Even Now” appearing in the soundtrack? I’ve always loved the lesser-known song “Stumblin’ In” by Chris Norman and Suzi Quatro and don’t mind having it on yet another Spotify playlist. Probably my favorite from the soundtrack is the haunting cover of "Somebody's Watching Me" by Madelyn Darling, which (odd coincidence) sounds like Stranger Things in the beginning; very cool version.

Songs like “Everybody, Everybody” by Black Box and “Catch Me (I’m Falling)” by Pretty Poison are more examples of these late-1980s early-90s high school/college era jams I loved and hadn’t heard in ages. Same with Murphy’s Pose soundtrack. I’m happy to hear them even if they’re now unfortunately associated with one of the most notorious serial killers in history.