Captain Beefheart taught us how to walk with Trout Mask Replica in 1969. 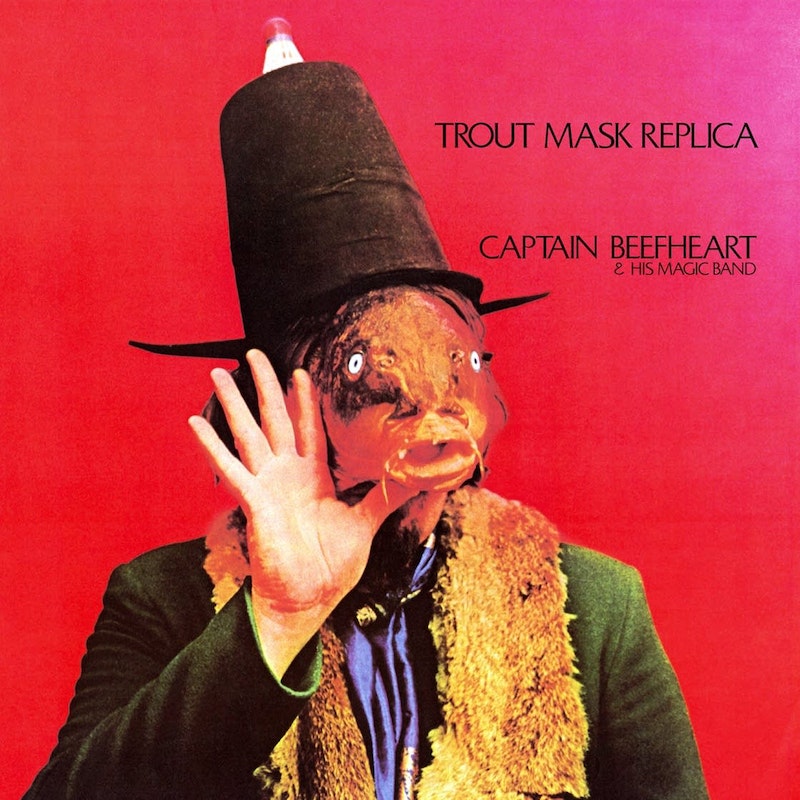 In June of 1969 the ground split and continents collided as the old order of human understanding fell away like an avalanche. Defying all expectations a monolith of human evolution broke through the Earth's crust and thrust into the light of day its lightning white beacon signaling a freshly re-aligned human relationship with the universe. One small step changed everything.

Hints had presaged this re-ordering. Hints were everywhere in society's steady unraveling: race riots, the free speech movement, Vietnam, hippies. From every direction unrest was stirring. As we move into the 50th anniversary of this momentous event you may think by now this is about the pinnacle achievement of the moon landing. In fact, I have no memory of Apollo 11 touching down. It was the summer of my high school graduation, and as draft bait I had other fish to fry.

I do remember exactly where I was when life changed forever. Once there was record store on Reisterstown Rd. in Maryland. The name’s lost now and several years later when I went back the building was gone. It existed as if to midwife one album only into my hands, the crimson red-jacketed Trout Mask Replica by Captain Beefheart and His Magic Band. Just months before came the release of The Mothers of Invention's Uncle Meat. Many celebrated that as the crowning achievement of the dying decade. It would soon become clear that Zappa was but John the Baptist preparing the ground for Beefheart's Jesus.

Beefheart was an unlikely Jesus. He was brutal with a short-tempered and impatient personality. The story of Trout Mask Replica is as mythical as the record itself. Dissonant, out of tune and complicated by the polyrhythmic drumming, the result hit the ear like an ungainly monster attacking Tokyo. According to the creation myth the double album came to Beefheart fully formed. His job was to painstakingly teach his band, measure by measure, the abstract epiphany he was given. He shut the band away for a year maintaining them on a near starvation diet until it’s said Frank Zappa stopped paying them. The enduring attraction of TMR defies easy explanation. Upon first listen it's as annoying as arguing neighbors throwing things. But as Matt Groening put it, by the sixth listening  you get it. This is a body high and not something that can be explained.

It's helpful to understand that polymath Beefheart was an abstract painter and his approach to music borrowed heavily from the intangible mental walkabouts required of abstraction. In his case, American blues provides the skeleton, Dada surrealist poetry the language, and free form jazz the attitude. This is the full American experience; an urgent celebration so profound it needed not only its own language but its own alphabet as well.  Or think of it as the intersection of all the arts. A category of one. Contrary to its spontaneous sound the album had been practiced relentlessly for nearly a year and once in the studio it was completed note for note in six hours. Fifty years on it remains a jagged little beast, challenging our ear and cultural values. It's probably no coincidence that when men first walked on the moon TMR taught us how to walk on the Earth.