A Pair of Aces

New albums from Young Thug and Cavern of Anti-Matter. 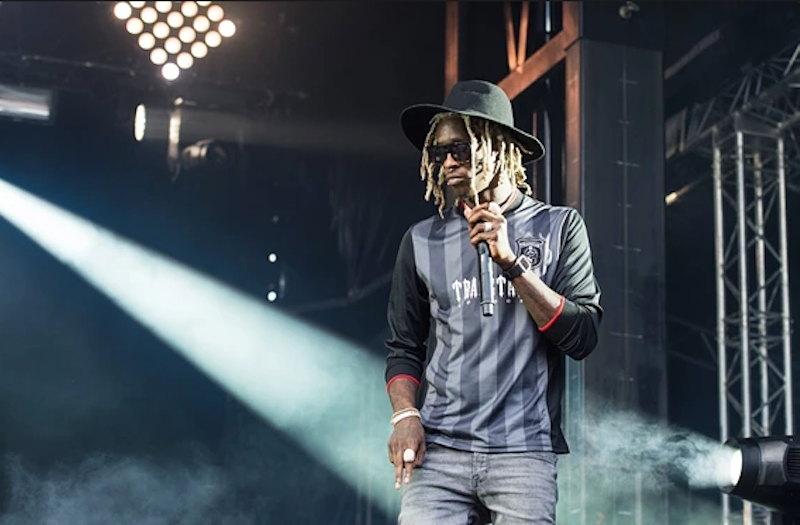 Even for those of us who aren’t yet fully vested—for whom his growing universe of albums, mixtapes, standalone songs, and features remains as yet largely unexplored—Young Thug’s artistry remains fertile and tantalizing. The rapper’s holographic hail of similes, metaphors, mad-libs, and non-sequiturs is downright improvisatory, to such a degree that meaning takes a backseat to inflection and patois, that you’d be hard pressed to convince anyone to curate a Young Thug Genius.com page.

Some reviewers ascribe an acute bathos to I’m Up (300 Entertainment/Atlantic), but five or six plays passed before I could even begin to process the record as anything beyond a very addictive, very tropical brand of microphone acrobatics. (Other rappers guest here, but somehow, they all end up sounding like Thug. Maybe I’m just getting old.) No real choice cuts yet, though zingers are starting to stand out: an eye-rolling Rosa Parks joke, an odd juxtaposition of arousal and adult dampers, the revelation that (maybe) Thug didn’t have a wagon as a kid. Sure, I could delve deeper—or I could just bodyboard dude’s variegated emphases ‘til kingdom come. It’s nice to have choices.

Now as ever, Tim Gane is a firm believer in the primacy of the groove. On Void Beats Invocation Trex (Duophonic Discs), Gane, fellow multi-instrumentalist Holger Zapf, and drummer Joe Dilworth stay grounded, even as they prod basic melodies in myriad directions. The valedictory “Black Glass Actions” courts introspection; the enticingly convoluted “Echolalia” simulates plastic funk. Elsewhere, the trio goes long: surrendering to the lure of avian krautrock on “Melody in High Feedback Tones” and pinballing cosmopolitan bop with “Pantechnicon.”

Stereolab flashbacks are unavoidable, and not just because Sean O’Hagan laces “Zone Null” with heartbreaking piano. Yet Cavern of Anti-Matter proves playfully lost in the percolating, instrumental reeds here, casting the strongest spell yet in a fledgling career. When Deerhunter’s Bradford Cox surfaces on “Liquid Gate” halfway through the album, in fine, substitute-Sadier form, he seems beamed in from some alternate paradigm.