As if Paul made an album that was like a late-70s Ringo. 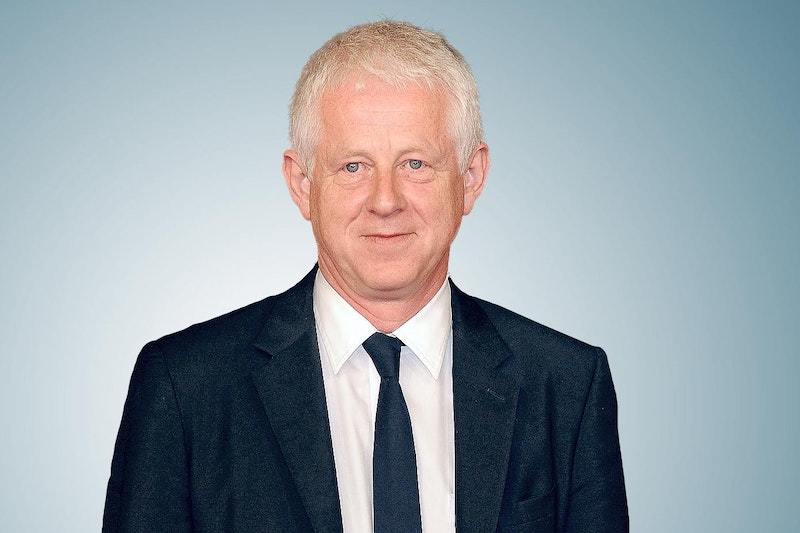 Imagine Richard Curtis never existed and you were the one person who remembered his movies. You could write a script where a supporting character screws up his or her face and commences on a laughing-through-tears, awkwardly down-to-earth, shambolically endearing speech about their difficult love for another character, possibly the lead. The hero would have a gaggle of dim but large-hearted friends, he’d be endearing because he gets pushed around, and everyone would be jolly and winsome about living the reject life. Late in the proceedings, a very decent fellow would place second in love, push his chin to his chest, and give a gallant mini-speech, and the hero would find he loved the right person and that she loved him back, and life would pop onto its axis and spin.

Write that script and you might clean up. Instead Richard Curtis has written it repeatedly and cleaned up. Now he’s written Yesterday, an almost passable romantic comedy that takes a bright ball of a premise and taps it about three inches forward. If the Beatles somehow blipped out of history and the world forgot them and all their songs—well, what then? Curtis gives us a scuffling young musician (Himesh Patel) who mysteriously keeps his memory of the band and decides to pass off their songs as his own, thereby getting himself sucked into a whirlwind of fame and guilty conscience. Meanwhile, a puckish girl back home (Lily James) wrinkles her nose, cocks her head and demands something like “How did I happen to get put in that column? The ‘just a friend’ column?” (Curtis is a believer in the friend zone.) A very decent fellow (Alexander Arnold), a fellow who’s distinctly taller than the hero but who resembles D.J. Qualls, becomes the girl’s romantic interest and 35 minutes later puts chin to chest. What he cares about, he says, is her. Not having her.

The Beatles songbook gives people a reason to contemplate this film without coma. Danny Boyle’s spicy-mustard direction comes in handy for the global-sensation, media-overload sections. But Yesterday belongs to the same canon as Four Weddings and a Funeral (1993) and Notting Hill (1999). Now the ingredients don’t have their old flavor and that leaves us noticing thin soup. Curtis isn’t much for exploring a situation. What’s it like to be at the center of a global phenomenon in which you’re mistaken for a genius (or geniuses) who no longer exists? You bite your lip a lot and have a nightmare about James Corden. That’s some original scriptwriting: the dream sequence about the hero’s state of mind. At first you don’t know it’s a dream; it ends with him sitting up in bed, staring.

The color-by-numbers screenplay (first 10 minutes, intro the hero and his problem) has the faults of slickness without the benefits of smoothness. It’s abrupt and underdeveloped while being too long, and it’s clumsy. Curtis wedges in a first appearance for the hero’s shambling goofball sidekick (Joel Fry, successor to Notting Hill’s Rhys Ifans) by having the poor dope fired on-stage from his roadie job. This is the closest thing the movie’s beginning has to a standout incident, or to something interesting enough to watch for its own sake, and it falls just before the hero decides he’ll give up his would-be musical career. But the incident and the decision have nothing to do with each other.

One would think a funny movie could do without a wedged-in goofball sidekick, and that the film’s start might’ve shown the would-be musician being dogged by a heckler, with the heckler then playing a part in some striking on-stage incident that serves as the hero’s last straw and makes him quit. After which, one supposes, we’d see the heckler being struck dumb and won over when the hero switches to Lennon-McCartney. And at the movie’s end, when the hero confesses on global TV that he’s a fraud, the heckler shakes his head and says he knew it. And then, this being a Curtis film, the two of them become buddies as a sidebar to the guy and the girl getting together. I don’t know. But sure, the goofy sidekick.

The cast does admirable work. Patel covers his part as the amiably schlubby lead, and he does well by the Beatles’ music when he performs; this is always a fine thing to experience. Ed Sheeran is very good as himself, a role in which he portrays a talented fellow who discovers he’s been dramatically outclassed. Sheeran runs the gamut from straight-faced regular-folks humor (trying to talk in the kitchen while the hero’s dad rummages) to a measure of low-key pathos. “I think he’s Mozart and I’m pretty sure that makes me Salieri,” he says after hearing “Let It Be,” and he doesn’t sound silly. I’d say the boy outdoes Paul Simon as a singer-songwriter who can be thrown in a scene and perform.

Finally, Kate McKinnon’s extrovert performance as a Hollywood piranha reminds us again this is a Curtis film. In having her head, the American actress follows January Jones and the other American actresses (Ilana Milicevic, Elisha Cuthbert) who took over the Wisconsin dream chicks scene in Love, Actually (2003), a development Curtis describes on that film’s DVD commentary. In delivering such broad results, McKinnon recalls Rowan Atkinson’s stuttering minister in Four Weddings and his inhumanly over-deliberate package wrapper from Love. But instead of being frustrating, her performance is aggressively invigorating. Watching McKinnon is like being strapped to an out-of-control exercise machine that’s getting the job done even as it kills you.