Brian DePalma's political incorrectness is serious, so his art is marginalized. 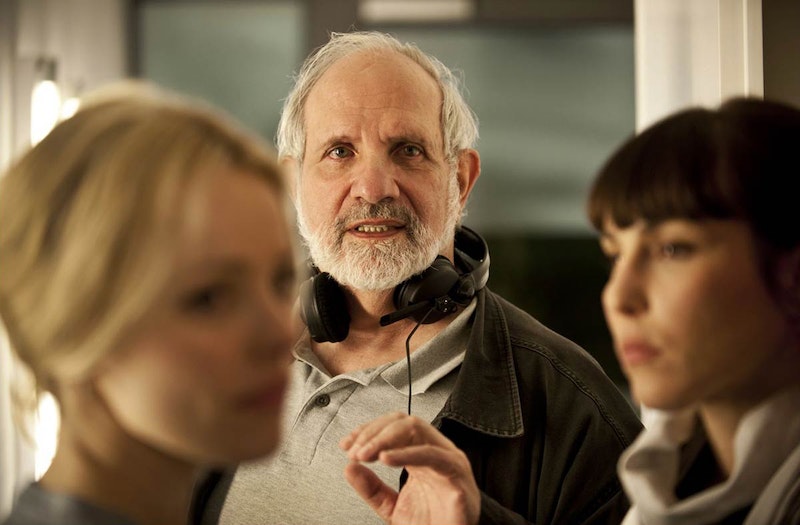 Brian De Palma has a new thriller, Domino, a movie we’ve waited almost two decades to see. It's the first Hollywood movie to show without blinking a group of Islamic terrorists. At its high points, “Domino” shows you the combination of barbaric murder and technologically-powered theater—orchestrating these horrors and uploading them for their real audience, online. This is the movie conservatives have looked for in all the complaints about the cowardice of politicians and of the press when it comes to stating the simple, if horrible facts.

Two Game of Thrones stars head the cast, Nikolaj Coster-Waldau and Carice van Houten. They play Danish detectives in Copenhagen, brought together by the murder of Coster-Waldau's partner on duty investigating a terrorism case. The two were attached in different ways to the dead detective, but they join together to avenge him. This is what our politics has denied us systematically over the last 20 years or more and De Palma knows it well, so this is the plot.

After each terrorist attack, we’re told to grieve and are always reminded that Islam is a religion of peace. The more moralistic the liberal, the more worried the tone in which he says in the press that there’s a great fear of a backlash against Muslims. This has become the norm after 9/11 and it's not likely to stop, however many attacks occur. We suffer violence as nations, but we’re supposed to react to it as individuals in need of therapy.

In any number of other cases, movies are allowed to dramatize our political or social conflicts and bring out our passions, the fear and anger that lead us to seek justice. In other cases, shocking events make for the plots of movies. Islamic Terrorism is the most important exception—liberalism has imposed, silently, but all too effectively, a moral interdiction when it comes to depicting terrorists that’s only matched by the interdiction in the press against depicting Mohammed. This has made a lot of people feel very angry, not to say humiliated.

There are many things in our world that are illegal—for example, the murders committed by terrorists. They nevertheless happen. There are others that, though they’re legal, are unthinkable—for example, movies that depict the cruel determination and the shocking desire to murder in a theatrical way of Islamic terrorists. De Palma is the only one of the famously transgressive directors of the once famously transgressive liberal movements in the arts who actually has transgressed.

Domino’s is not a great movie, because De Palma couldn’t get enough money to make it and couldn’t make it in Hollywood at all. It was shot in Europe and, although you see the beauty and some of the social drama of various places across the continent, from Scandinavia to Southern Spain—you also see that De Palma had to work with a minimum budget in unfortunate situations. The first act especially lacks his typical attention to beauty, camera motion, psychological depth and movie history.

The action pick up quickly, with a wonderful redoing of the scene in Vertigo where Jimmy Stewart is hanging from a rooftop. De Palma's protagonist, like Hitchcock's, is a policeman who has to find his courage again after a morally and psychologically crippling failure—but unlike Stewart in Vertigo, he succeeds. The desire to avenge his murdered partner gives him strength and determination—symbolically, the paralysis modern societies when it comes to dealing with terrorism is dispelled here.

Hitchcock is the director De Palma always returns to, always with fresh insight, and at this point in Domino, it feels like De Palma has found his courage and wit again. Placing the action in Denmark makes it easier than it would be in America, since it's a symbolic liberation from our political correctness. The protagonist's name, Christian, is also a symbolic reminder of something we don't dare mention—the religious aspect of our strife against Islamic terrorism.

The extraordinary moments come when De Palma is in his element—when he can think about the relationship between technology, entertainment, and morality. He uses his split screens to show that behind suicide bombers are people who play movie director with people's lives and whose purpose is not only to terrify, to use the media against the democratic countries they're supposed to serve, but also as advertising. To glamorize evil.

De Palma's humanism shows in his constructing a plot intended to destroy this attempt at glamorization. He acknowledges our public paralysis and lack of serious, believable public speeches by politicians and intellectuals. Instead, he moves to family and friendship, to love and loyalty as motives of action. In this way, the dignity of human action is affirmed, even when faced with the anonymous, impersonal terrorist threat.

At the same time, he shows the potential for tragedy in our societies and wars, with his trademark sophistication. Far from the liberal bromide that violence is never the answer, De Palma makes a movie that insists if you want to grieve for your losses, if you want therapy, you should do justice. The political character of the action of the plot serves to make up for the impersonal character of terrorism—the victims can experience it as random, as though it were a cosmic accident, not an act of war.

De Palma's everymen achieve a dignity only possible in genre movies—they take personally what happens to them in a plot that allows a resolution. They don’t need to escape into fantasy to avoid the ugliness of the world and have an incoherent happy end simply tacked on. Blockbusters no longer dare to tell such stories. So it makes sense Domino was beset with production and distribution difficulties, almost silenced before it even reached an audience. His political incorrectness is serious, and so his art is marginalized.