The lesson is don't be a bad boyfriend. B+ 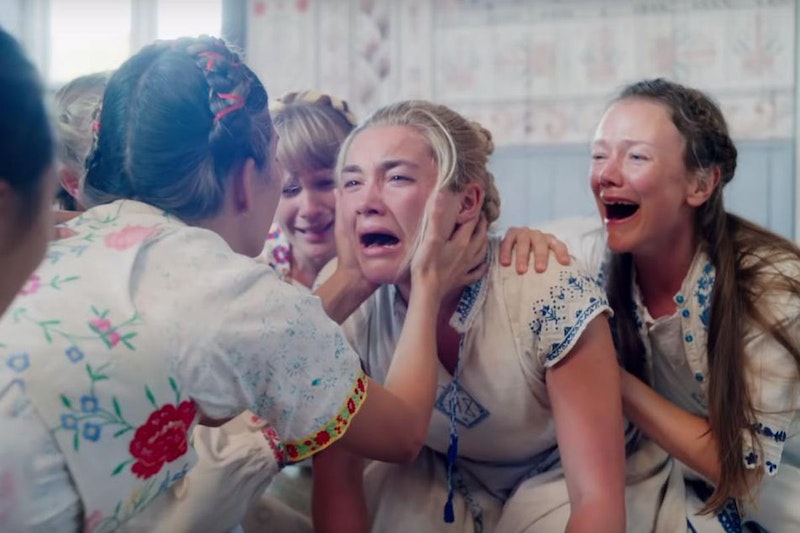 Ari Aster, who debuted last year with the unsettling domestic thriller Hereditary, returns with Midsommar, a film that's as creepy as his first film, but also slightly better-crafted and much better-told.

Hereditary left me cold from a storytelling standpoint, even though I admired its craft and saw potential in the filmmaker. The film held out for a long time on explaining what was really going on, and once the answer arrived it was a letdown. With Midsommar, Aster has shown significant improvement in that aspect. The film's 140-minute running time is a slow burn, but the payoffs are worth it.

It's best to go into Midsommar knowing very little, so I'll share only light spoilers, which don’t go beyond the first 20 minutes: Dani and Christian (Florence Pugh and Jack Reynor) are American grad students in something of a dead-end relationship. She's dealing with a family crisis, while he's getting set to join his grad school buddies on a trip to rural Sweden, where one of them will do anthropology research and the others presume they'll be enjoying the company of Swedish ladies. If nothing else, give credit to Midsommar for depicting a phenomenon that exists but has mostly been left out of the movies to date: Douchebag grad students.

When Dani finagles an invite on the trip, the group ends up in a remote Swedish village, where they're preparing a ritual that only takes place every 90 years. The movie's village, which was built from scratch, is a triumph of production design (the film was shot in Hungary.) It's a rarity today for a space like that to make consistent spacial sense, which is a credit to Aster and cinematographer Pawel Pogorzelski.

A twist is that the village is far enough north that it's sunny 24 hours a day, which gives the movie an even more unsettling glow. Midsommer executes that particular trope much better than either the Norwegian film Insomnia or its Christopher Nolan-directed American remake. This isn't so much gore-based horror—although there’s some gore—as fear-based and terror-based.

Midsommar shares a few similarities with the Nicolas Cage version of The Wicker Man. But unlike that unintentionally hilarious exercise in Cage overacting, Midsommar has some moments of dark humor.

Florence Pugh continues her strong recent run of roles in projects as different the John le Carre TV adaptation The Little Drummer Girl, the WWE biopic Fighting With My Family, and the Netflix medieval adventure The Outlaw King. She plays a lot of modes here and hits them all flawlessly.

Jack Reynor is fine as the boyfriend, while Will Poulter—under-recognized for his part of the monstrous cop in Kathryn Bigelow's Detroit—has a strong turn as the bro-set of this crew of bros. And William Jackson Harper—Chidi from The Good Place!—gets a welcome movie role as the researcher of the group.

With Midsommar, Ari Aster fulfills the potential he showed intermittingly in Hereditary and cements himself as a rising filmmaker worth watching.