Olivier Assayas’ Non-Fiction is the 2018 Woody Allen movie we never got to see. C 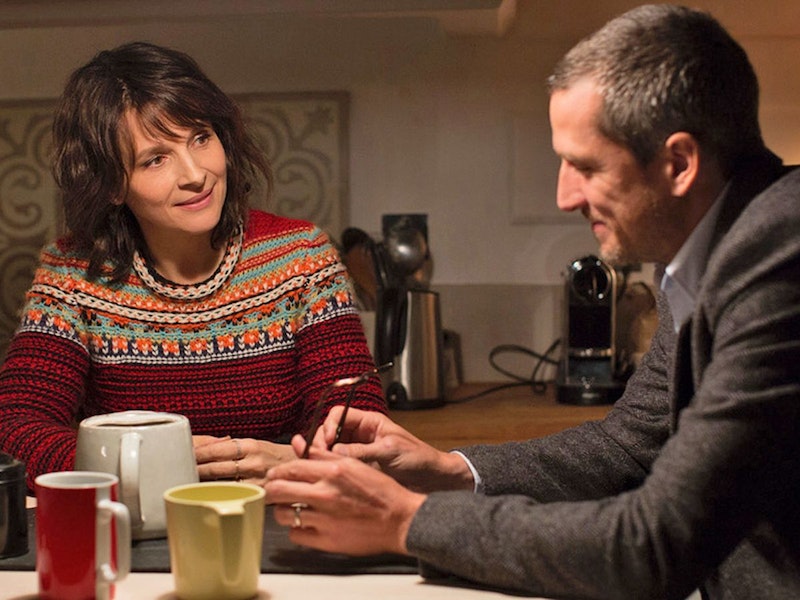 Who will take up Woody Allen’s mantle? He’s not dead, but might as well be—2018 was the first year since 1980 that Allen didn’t have a new film out in theaters. Not by choice: A Rainy Day in New York, starring Timothée Chalamet, Elle Fanning, Jude Law, Selena Gomez, Diego Luna, and Liev Schreiber, among many others who all feel equally embarrassed and unwilling to promote the movie in the wake of #MeToo. Allen is a pariah once again, despite starting the decade off with a string of surprisingly good late-career movies like Irrational Man, Blue Jasmine, and his biggest box office success ever, Midnight in Paris. There were no new allegations, just new articles, new exposés.

While you wait (you are waiting, right?), Olivier Assayas’ Non-Fiction fits the bill. It’s through and through an average 2010s Woody Allen movie, not as good as Irrational Man but better than Wonder Wheel and To Rome with Love. I applaud any director that opts for left turns and abrupt about faces: his previous release, Personal Shopper, was a masterful moody meditation on grief that remains one of my favorite films of the decade. Besides Kristen Stewart, it had a lot in common with its predecessor Clouds of Sils Maria: pretty down, pretty dark, not a lot of laughs.

I saw a Letterboxd review compare Non-Fiction to a failed Eric Rohmer exercise, but even that gives it too much credit. Non-Fiction doesn’t have the rigor or the spartan quality of a Rohmer film, despite consisting entirely of French people eating, drinking, smoking, and talking about love and art. For a director that showed a skill in tension and atmosphere, Non-Fiction is remarkably undisciplined and woolly—just like any Woody Allen movie this century.

As comment on “our times,” it’s hopelessly out of date: we follow half a dozen people in publishing coming to grips with the Internet and how print has been decimated. Alain (Guillaume Canet) runs a publishing house and has to break the news to Leonard (Vincent Macaigne) that his new book is a no-go. Alain goes on and on about e-books, Leonard laments, and only midway through the film does someone tell Alain that e-books sales are in “freefall.”

Assayas took two years to write the script, but it feels many more years out of date. Then again, Non-Fiction is not a film that aspires to make grand statements about our moment, our culture right now. It’s proudly lightweight, phoned-in even if it wasn’t. As comment on print and the Internet, it would’ve been dated in 2008. It’s an exercise of some sort, a diversion in between projects (Assayas is currently filming a new drama called Wasp Network). Dunking on it feels too easy and unnecessary. Assayas is barely trying here, using Juliette Binoche for what exactly? A mildly amusing meta-joke at the end?

But who am I to say what plays to the ever-aging MOR art house crowd? The Sunday matinee I saw at the Charles here in Baltimore was relatively crowded, and a quick scan showed it was the same retirees that would’ve happily sat through A Rainy Day in New York, and indeed suffered through worse efforts like Café Society and You Will Meet a Tall Dark Stranger. It’s better than much of Allen’s recent work, but that’s a very low bar. It doesn’t function as senior citizen satire like Claire Denis’ Let the Sunshine In, nor does it have anything of substance to say beneath its goofy exterior like Maren Ade’s Toni Erdmann. If these comparisons seem inappropriate, it is Assayas’ fault, because he’s a peer of Denis and Ade. Non-Fiction searches for a pulse but quickly gives up, happy to be what it is: whatever works.