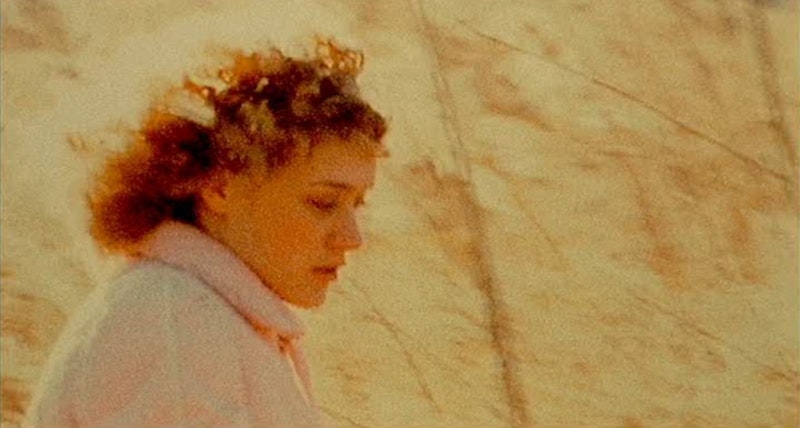 Harmony Korine’s second film, 1999’s Julien Donkey-Boy, follows the titular schizophrenic social outcast, beginning with him and a small child venturing into the woods. When Julien’s denied a turtle, he strangles the child to death and buries him under some leaves. Sinister, but it's the proper way to begin such an absurd film. I applaud Korine for never deceiving his viewers. In the opening segment he manages to both disturb the curious and terrify the squeamish. He lets you know exactly what the next half hour will entail. If you can't handle it, I'd recommend a Seth Rogen flick.

I still have a hard time believing Ewen Bremner's portrayal of schizophrenia wasn't an act. Like in Korine's directorial debut Gummo, I assumed Julien was from Korine's glue-sniffing team of misfits. The performance is terrifying in its authenticity. It seems crazier that Bremner was an actor and not some mental patient escapee scooped off the street. Chloe Sevigny plays Julien's sister Pearl, who’s also sometimes his mother. Although seemingly more mentally intact, Pearl shares Julien's disfigured world, ambling through a haze of contortions, removed from the outside world.

Werner Herzog plays Julien's overbearing father, whose eccentric behavior includes drinking cough syrup out of a sandal, spraying his son in the face with a water hose, and going off on nonsensical tangents. He’s critical of his sons for their ambitions toward wrestling and poetry, yet encourages cigarette smoking because smoking makes you “more like a man.” His overly masculine ideals are bleak, portraying the stereotype of the typical domineering father so often found throughout western culture. His methods simply don't make any sense and the fact that it's Werner Herzog makes even less sense. And yet it all adds up to make perfect sense. It's as if the film is laughing at its audience. And who else could carry a role as bizarre and freeform and genuinely strange as the German filmmaker who once ate his entire shoe when he lost a silly bet?

Korine's knack for capturing absurd behavior in his characters continues to this day. In Korine's later films the characters are just as ridiculous, i.e. Alien from Spring Breakers or Moon Dog from The Beach Bum. Korine manages to exaggerate the illogical behavior of humans and paint them as cartoons. Alien is that same boardwalk dweller you might find flirting with underage girls outside an arcade or a funnel cake stand. And everyone knows a deadbeat like Moon Dog. Unlike Korine's early films, Spring Breakers and The Beach Bum are satiric takes on all of humanity, highlighting the stupidity that our society feeds and depends upon. On the other hand, Gummo and Julien Donkey-Boy don't have any strict agenda. They comment more on the brutal imperfections of the individual human condition in all its perversity. The early films are based in neurotypical psychology.

Korine's aim appears not to appease the common movie watcher, but to start a genre of film within itself. Segments of amateur ice-skating reoccur throughout the film, a constant reminder of purity. A collection of thematic shots are carefully spliced together, all nearly within the “vows of chastity,” which are the official rules of the Dogme Manifesto created by Danish filmmakers Lars Von Trier and Thomas Vinterberg. Although the film earned the Dogme95 certificate, it did break a few minor rules, including using security camera footage, a post-edited musical score, and unnaturally placed props. Korine passed the test solely on his refusal to obey the Dogme95 guidelines. Korine perceives these rules as barriers meant to be bended, distorted, or erased entirely.

There's no moral high ground in Julien Donkey-Boy. It wasn't made for white-picket-fence families after Sunday mass. It's an outsider art flick, a fucked-up vision of Korine's genius. It's hard to pinpoint which film is Korine's masterpiece because they're all so drastically different and equally essential. Trash Humpers is Korine's magnum opus. Among his other films, Julien Donkey-Boy is the most similar to Trash Humpers in its fuck-you approach, allowing no time for a proper plot or story arc. Vignettes of pure American freak subculture are belched from the loudspeakers. Whether it’s through black albino rappers, armless drummers, cigarette-swallowing illusionists, or dreamlike ice skaters, Korine paints the many pictures of nihilism, however distorted the image may be.