New movie based on Daniel Clowes’ comic is irrelevant, obnoxious, and boring. 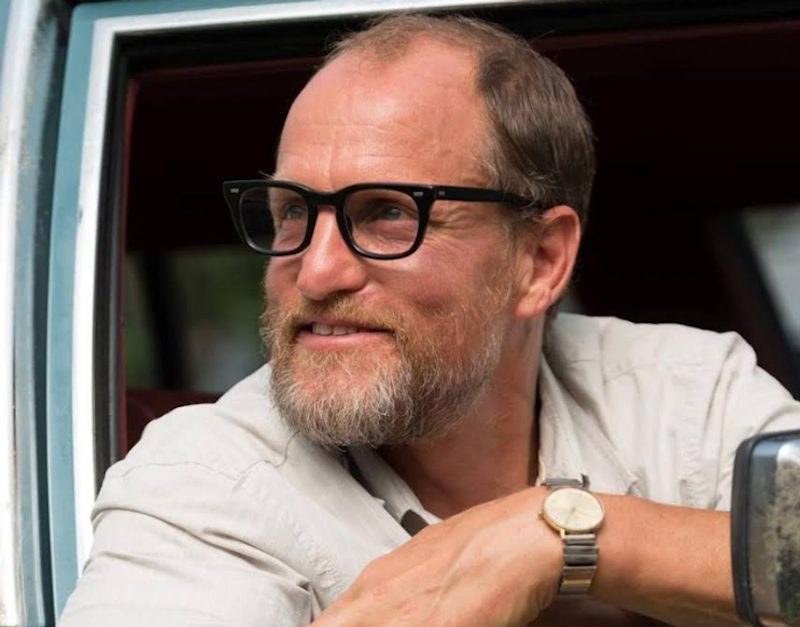 Who wants to spend an hour and a half with another middle-aged misanthrope? Daniel Clowes’ Wilson has arrived many years too late, because bald assholes have exhausted themselves and there’s nothing endearing about the title character or Woody Harrelson’s performance. It’s a dreadful, boring march through sunken terrain: Wilson remembers the good old days, those golden days of youth when everything lies ahead and nothing could stop him. Ding. Alarm clock goes off, he’s bald, he’s grumpy, he’s Wilson. Get used to it. He’s an asshole to strangers on the train, the bus, in the street, in cafes, everywhere. It’s not endearing. We don’t like you, Wilson. Your schtick is old. It’s been done.

Laura Dern? What are you doing? Do you owe someone money? You dumped him and told him you got an abortion. Good for you! Too bad he caught up with you through Facebook. Of course someone else suggested it and did it for him—he hates phones and new technology. He doesn’t want to know about Facebook. But he found you, and now you have to deal with him. I’m sorry for your loss. But you had the baby. You find her. Wilson is thrilled—you wish he hadn’t come. He ambushes your daughter, whom neither of you have ever met, in a mall food court after some prick boys start picking on her, calling her fat. She can’t stop crying once you get her to a table and try to have a nice sit-down introduction to the daughter you gave up years ago. She says her adopted parents said you were “an unfit mother.” Maybe back then, but we don’t see that. We see you doing well. We see you working, “trying to get your life back on track.” Then Wilson shows up. Fucking Wilson.

Describing Clowes’ 2010 comic, A.O. Scott writes, “American literature—and American comic-book literature in particular—hardly lacks for disaffected, middle-age white guys, but Wilson has his own special brand of abrasive charm. But not on screen. […] He’s unpleasant, but not in an especially interesting way, and ingratiating in a way that’s even drearier. ”

How many times have you seen a trailer start out with a voiceover something like “Used to be that life was simple, when we were young.” BBBRRIIIINNGGGGGG! Alarm clock goes off, a wrinkled hand slams down on it, and we’re confronted with the guy we’re about to watch go through a mid-life crisis. I had no idea Jon Brion scored Wilson until I read Scott’s review, and he’s right: the movie is sound-tracked by fluffy, anonymous epiphany-core bullshit that sounds pre-made for anti-depressant and car commercials. This movie makes no sense right now: it feels 20 years out of date. Everyone has had their fill of the depressed fail sons and bitter Marc Maron-esque pricks of marginal talent and maximum arrogance. Wilson is obnoxious, with no discernible skills or endearing qualities. Everyone around him suffers because of his inexplicably stupid behavior. Maybe he got dropped on his head when he was a kid.

No one wants this kind of movie anymore. Ghost World made sense in 2001, Art School Confidential made sense in 2006. But at least those movies had more characters that were all mostly likable. Somehow, Wilson manages to be irrelevant, obnoxious, boring, and utterly lost.