The MCU Does It Again

The Spider-Man trailer is what you'd expect. 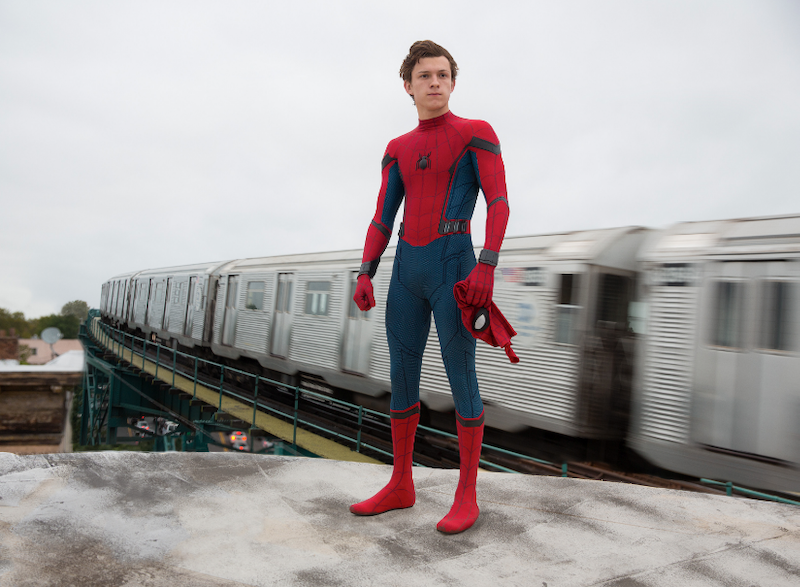 The trailer for Spider-Man: Homecoming is out, and social media is awash in excitement and anticipation. The Hollywood Reporter rushed into print with a headline, "One Thing the Trailer Gets Right," while other sites gushed about the fact that Robert Downey, Jr.'s Iron Man gets a lot of screentime. Downey makes with the quips, Michael Keaton as the villain says villainous stuff, Tom Holland's Spider-Man hits people, and things blow up. In the trailer, some don't believe in our hero Spidey and he doesn't believe in himself but eventually self-actualizes and gets a smoking hot girlfriend and the self-confidence to be all he can be. What more could anyone want?

The bar is set low for nostalgia properties. The Hollywood Reporter argues the trailer gets the essence of Spider-Man correct, because it shows him as an underdog. But heroes are always underdogs, facing difficult odds and misunderstood by those they try to save. Superman was a lot more isolated and loathed in Batman vs. Superman than Spider-Man is in this trailer.

The origin story by Steve Ditko and Stan Lee isn't about Spider-Man as an underdog; it's him being an unsympathetic bastard with a grudge against the world, whose selfishness results in the death of those he loves. It's a bleak story, more ugly moralistic noir than cheeky adventure romp. Ditko's art is all awkward angles and twisted hands; in the image where Peter is bitten by the Spider, the motion lines make it look like he's about to have a nervous breakdown, while off to the side you see others walking obliviously towards an off-panel light-source, like they're descending into some sort of queasy orange afterlife.

I'm not hoping for yet another version of Spider-Man's origin. Still, the trailer has none of Ditko's visually distinctive unease. Instead, it's loaded with slick CGI graphics and a lot of loud ominous and inspirational music cues. Its color palette is brighter than the recent JLA trailer, but otherwise they're much of a piece; action, quip, glimpse of familiar character to fire up nostalgic comics fandom, glimpse of familiar actor to fire up current film fandom, quip, action, fin. The Logan trailer, which got rid of the quips and replaced the anonymous sound cues with extensive use of Johnny Cash's "Hurt" was hailed as daringly original, though nicking a recognizable song to add weight to your project isn't exactly daring.

For the most part, though, people stick to the formula. That's not (just) because of a lack of imagination on the part of those who create trailers and superhero films. It's because people like the formula. The praise for the Spider-Man trailer isn't because it's especially true to the original comic, nor because it's a vast conceptual change from the two or three or five or however many other Spider-Man film reboots. People are happy because they want to see Spider-Man plugged into the MCU two parts action/one part humor/one part drama equation. The trailer assures everyone that the film will be exactly what they expected.

Genre is about fulfilling expectations. Marvel, much more than DC, has managed to give their MCU films a consistent, predictable, loud and bright blandness; when you put your butt in the seat, you know what you're going to get. You have to admire that kind of consistency. It takes a certain kind of focus, determination, and management expertise to make sure that Edgar Wright doesn't make your Ant-Man film too imaginative, or steer clear of letting some Zach Snyder doofus dump his Christ imagery on your resolutely soulless product. I admire Marvel's ability to churn out the same widgets over and over, with remorseless middling professionalism. I can't see cheering for it, though.