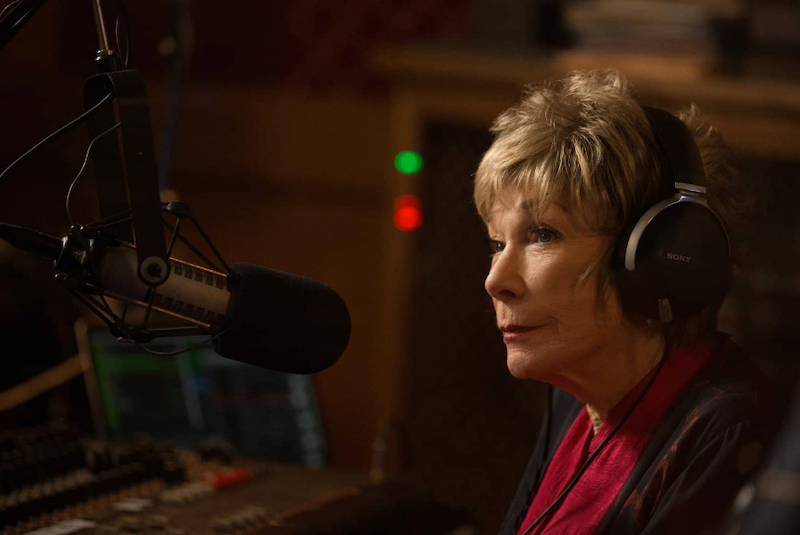 The Last Word belongs to a relatively recent genre—The Redeemed Cranky Old Person Drama. You know it: an angry, bitter older person, usually played by a Hollywood legend, is introduced as the most rotten, unsympathetic character you’ve ever seen, and the purpose of the film’s plot is to deliver this person a redemption arc.

It’s a sub-genre with a high degree of difficulty and a very low degree of success—in fact, it’s only ever given us one decent movie, Clint Eastwood’s 2008 Gran Torino. Most others, especially the Bill Murray version (St. Vincent), have failed because they’ve given the protagonist a redemption that wasn’t the slightest bit earned or deserved. The Last Word fails to halt the losing streak.

This time it’s Shirley MacLaine’s turn. She plays Harriett Lauler, a generally hateful and hostile individual whose control freak tendencies cause her to run roughshod over everyone in her path, whether friend, family, or work colleague. Lonely, alcoholic, and possibly suicidal in a cavernous house, Harriett enlists the services of an obituary writer (Amanda Seyfried) at the local newspaper, in order to compose her obituary while she’s still alive. The plot throws the two of them together, to the point where they drive one another crazy but, as you may have gathered, they may end up teaching other valuable lessons.

The film was directed by Mark Pellington, a filmmaker much more distinguished throughout his career for music videos than movies. The plot ropes in MacLaine’s estranged daughter (Anne Heche), as well as a young, fatherless African-American girl (the delightful AnnJewel Lee Dixon), who Harriet mentors for what starts out as entirely cynical reasons. So everyone’s a surrogate mother (or surrogate daughter) to someone else.

There’s also a road trip, surprise romances, and a bizarre interlude in which the 82-year-old MacLaine suddenly becomes a DJ at a local hipster radio station.

The film starts off on a good track but goes off the rails in the last 40 minutes. Among other problems, The Last Word runs into the usual Redeemed Cranky Old Person pitfall of MacLaine not being redeemed nearly to the level that the movie thinks she’s been. It’s a strong performance, if not something totally out of the actress’ wheelhouse; in Richard Linklater’s 2011 Bernie, MacLaine played a woman so foul that it was a sort of running joke how delighted everyone in town was when she got murdered.

But even more maddening is Seyfried’s character arc, which has a resolution that doesn’t make a lick of sense. Not only is it unethical for a newspaper obit writer to actively affect the events in the life of her subject, but the film develops its entire plot around the obit conceit and then drops it unsatisfactorily. As for the music part, much as the film’s music supervisor picks out some good tunes, the radio-DJ sub-plot belongs in a movie that isn’t this one.

The film is also coy about where it’s set geographically; it’s set in a town called “Bristol,” but not the one in Connecticut or Pennsylvania, and it was filmed in Santa Clarita, Calif. It’s either a small town or an urban enclave, depending on the needs of the plot.

There’s room for some good character work, however. The great Philip Baker Hall shows up for two scenes, including a tour de force with MacLaine, and steals both of them. Heche pops up briefly to demonstrate what a fascinating actress she is at this stage of her life—quick, someone build an indie movie around her! And Joel Murray—Freddy Rumson from Mad Men!—has a really enjoyable brief turn as an old colleague of MacLaine’s.