What Is Martin Scorsese's "Cinema"?

The director comes from a place that the Disney/Marvel crowd can't envision. 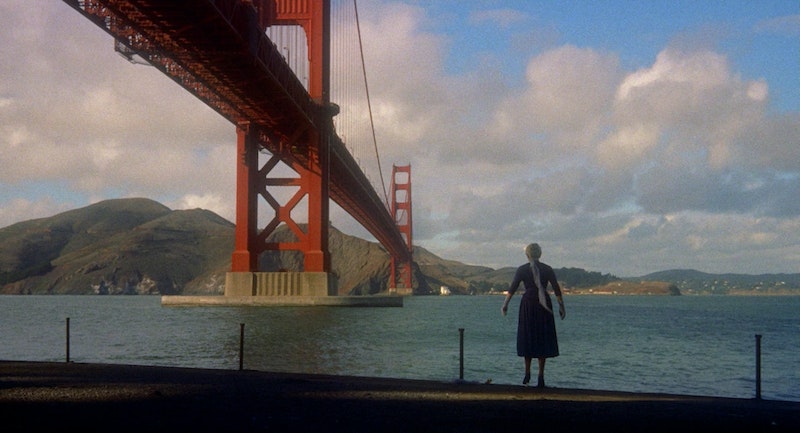 Director Martin Scorsese hurt the feelings of millions of superhero movie fans (and directors) by comparing Marvel movies to theme parks and bemoaning their inability "to convey emotional, psychological experiences to another human being.” "That's not "cinema," he declared. Francis Ford Coppola then made it a one-two punch, calling the comic book movies "despicable." Despite the ensuing uproar, it's doubtful that more than a handful of the offended have more than a passing acquaintance with this "cinema" that America's two greatest living directors speak of. And given the expectations the fans' viewing habits have produced, they'd probably show little interest even if exposed to it.

Director Ken Loach stoked the fire by saying that Marvel films are "made as commodities, like hamburgers." While movies made on the "assembly line" has long been a familiar concept that's hardly limited to any one genre, his point is clear. So where are the films directors like Loach, Scorsese, and Coppola admire constructed? Far from the factory, in a place where inspiration trumps box office numbers, and nobody's just there for the paycheck.

What is this "cinema" that our esteemed directors speak about? That's about as easy as trying to define what a novel is, but you could start with what isn't cinema." If the protagonist wears spandex, then it's probably not cinema, unless Christopher Nolan happens to be the director. If the movie's primary intent is to prompt sensations rather than emotions and thoughts, that's also a disqualifier. It's not that cinema can't be entertaining, as the caricature of the dogmatic, humorless cineaste might insist, but it does require some extra components. If Marvel movies are hamburgers—and they'd be very good ones—then films qualifying as cinema are tasting menus from a chef who forages for rare mushrooms to cook with.

Scorsese's idea of cinema began to take root in this country in the 1960s and 70s, when Andrew Sarris was expounding on his auteur theory, Pauline Kael was stirring things up with her highly-opinionated and often contrarian movie reviews, and European films gained a foothold in America. This was a formative era for Scorsese, who'd later drop this hint about how he defined cinema in his 1995 film, A Personal Journey through The Movies: "From the beginning, I saw films as self-expression. I was mostly interested in the directors, especially the ones who suggested the system to get their visions onto the screen."

Scorsese knows superhero movie directors aren't subverting anything to get their visions onto the screen. On the contrary—they give the appearance of exploiting, rather than sabotaging, the system, motivated by the filthy lucre that's available in Hollywood if you're skilled and willing to play ball. Scorsese, professionally motivated by an obsession with his craft rather than cash, has the purist's disdain for the director for hire.

Scorsese, a student of film history, would look back on old Hollywood and see a period when the producer was the dominant creative force. David O. Selznick used to stay up late after a day's shoot rewriting the script to his liking, much to the dismay of his directors. He'd compare that era negatively to that magical time (for those like him) in the 1960s and 70s when the director briefly wrested creative control from the producer—that moment when New York was more important than Los Angeles. To Scorsese, the superhero movie era must feel like a disappointing reversion to the past, when the studio mantra was, "Give the audience exactly what it wants."

I chatted about the Scorcese/Marvel brouhaha with film critic Titus Techera, who hosts the American Cinema Foundation podcast. He believes that superhero movies are mostly just polished mediocrity—"TV with a lot of money thrown at it"—and that Scorsese's and Coppola's ire stems from their conviction "that Marvel/Disney is threatening to destroy the history of cinema by creating a taste in a new generation that will make it impossible for people to enjoy older movies."

That's a serious allegation, but few hardcore Marvel movie fans would appreciate the more subtle aspects of filmmaking they'd be exposed to if they explored cinematic history. The slavish Ironman admirer doesn't consider cinematography, editing, or musical cues. All he cares about is the character, Ironman. He doesn't even care about Robert Downey, Jr., the actor, and isn't likely to be motivated to check out the work he did before becoming the face of a film franchise.

Prospective directors of Marvel films are often told that the studio will take care of the action sequences, and that they just have to focus on the scenes in between. That's assembly line mass production, not cinema. Try to imagine Scorsese's reaction to such an assurance when he directed Taxi Driver. Marvel movies are so similar that Gywneth Paltrow can't even remember which ones she acted in. When the actress appeared on John Favreau's Netflix show, she adamantly denied being in Spider-Man: Homecoming, but she was. I'd love to hear director John Watts' reaction to this memory lapse.

Can there be any greater indictment of a film studio than its actors forgetting they acted in their movies? Robert DeNiro remembers being in Goodfellas, and Martin Sheen recalls his appearance in Apocalypse Now. That's why Scorsese and Coppola are so upset that they make no attempt to spare feelings by curbing their words.