Motherless Brooklyn is extremely ambitious but ultimately falls short. B+ 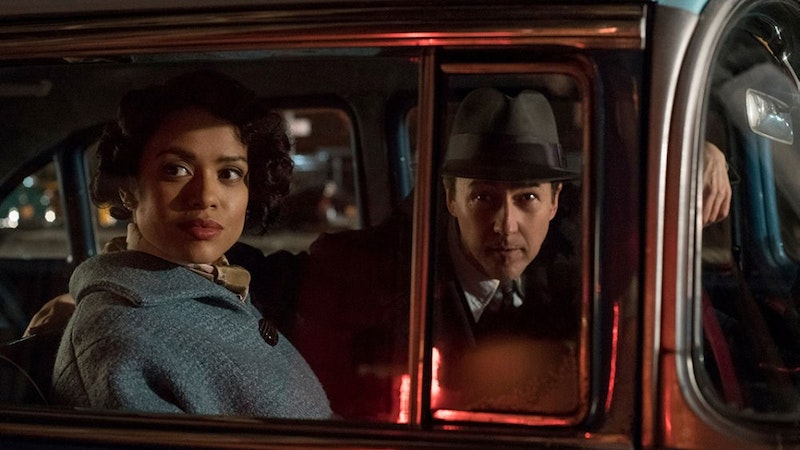 Motherless Brooklyn is a movie that assembles so many fantastic elements that I wish I'd liked it more. Its one big flaw is that it has a sprawling plot that it can't quite crack. The film looks amazing and sounds even better. It has a uniformly strong cast, including a commanding lead performance from Edward Norton, beautiful work from the always-welcome Gugu Mbatha-Raw, and Alec Baldwin doing a Trump impression that's much better than his actual Trump impression. Even Bruce Willis shows up and doesn't phone it in.

But it's undermined by a plot in which the stakes keep changing and the film can't satisfactorily wrap up its many threads. Based on Jonathan Lethem's 1999 novel, Motherless Brooklyn was written and directed by Norton, stepping into the director's chair for the first time since the memorable romantic comedy Keeping the Faith—the one where he played a priest and Ben Stiller was a rabbi—nearly 20 years ago.

Norton has adapted the contemporary novel and moved the action to the 1950s, turning it into a multi-faceted, New York-based homage to Chinatown. And he's made the Noah Cross-like villain a character clearly based on Robert Moses, although that bad guy is also bound to evoke a certain other notorious figure of New York real estate history. In addition to directing, Norton stars in the film as Lionel, a private investigator in 1957 Brooklyn who's trying to solve the murder of his boss. The plot also concentrates on plans by an ultra-powerful, Moses-like city planner (Baldwin) to raze black neighborhoods in Brooklyn in order to push a corrupt real estate deal. This puts Lionel in contact with a young activist (Mbatha-Raw), who's closer to the controversy than she first appears.

Norton and the British cinematographer Dick Pope gorgeously re-create 1950s New York, most impressively in the scene in a Harlem jazz club that I didn't want to end. Also outstanding is a jazz-inspired score by the rising composer Dick Pemberton (Spider-man: Into the Spider-verse), which is combined with a very good original song by Thom Yorke called "Daily Battles." The Radiohead front man is far from an intuitive choice for a movie set in the 1950s, but it works. Norton’s very good at directing movies, and I hope he won't wait another 19 years to do it again.

There's strength in the acting as well. Lionel suffers from a Tourette's syndrome-like affliction that's never named in the film, which causes him to shout out strange words at odd intervals. Norton does a fantastic job with this, although he always avoids the Tourette's outbursts when the plot requires it. Baldwin, meanwhile, plays the all-powerful, unelected bureaucrat whose identity is so poorly-disguised that his first name is even Miles. But the character also gives a speech near the end that essentially amounts to "When you're a star, they let you do it."

And that's the problem. It's too sprawling. The plot never crackles the way it does in, say, L.A. Confidential, another movie that overtly lifted from Chinatown. I'm still not sure why Norton spends a large portion of the movie pretending to be a newspaper reporter instead of a P.I., especially since no one gets especially mad at him for lying. Norton tried to make this movie for years, as the novel dates back to before he directed Keeping the Faith. Motherless Brooklyn is extremely ambitious but ultimately just falls short.